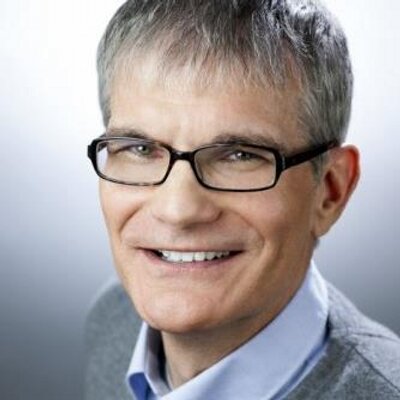 After Years of Writing Comedy for the Likes of Leno and Letterman, Joe Toplyn Now Shares His Secrets in the First Book Ever on Writing for Late Night TV with His Sights Set on a New TV Show

“As my stockbroker friends might say, ‘You can’t fight the market,’” deadpans Joe Toplyn on his need to write hilarious, topical humor, often skewering Bill Cosby, or Kim Kardashian, or whoever is currently making the news. His Twitter feed (@JoeToplyn) mines the same topical gold that Toplyn has been perfecting for years for comedy heavyweights like Letterman and Leno:

Toplyn majored in engineering at Harvard where his analytical mind also performed amazing comedic gymnastics as editor of the Lampoon. This astoundingly led to a twenty-plus year career, writing and producing television comedy, including writing for Late Night with David Letterman (where Toplyn garnered four Primetime Emmy Awards) and The Tonight Show with Jay Leno.

“It wasn’t always this way, but Jim Downey, then President of the Harvard Lampoon, and Andy Borowitz really paved the way for all of us Harvard folks who have followed,” notes Toplyn. “These guys were role models, and suddenly, entertainment vehicles like Saturday Night Live and Letterman became career paths for Crimson graduates. And like in any industry, people like hiring people they know. It also helps to be smart in order to construct clever verbal surprises—and you have to be mentally agile to make surprising connections that are true, as well as a wordsmith who can put words together economically.”

Toplyn has always found that the news—what’s happening today—and his personal reaction to it in the real world as the most fertile source for comedic inspiration.

“Just living my life—or really listening to things my wife says to me—is really the best way to get over any form of writer’s block,” imparts Toplyn. “Whether you’re writing jokes, or a sitcom, just look at the news, and look at your own life, and the page is never blank. There’s always a way to manipulate it into something funny.”

This passion for writing humor and upending the myth that you can’t teach comedy is why Joe teaches at the Peoples Improv Theater in New York, and it’s also why he wrote Comedy Writing for Late-Night TV, the first book ever written on how to write comedy for late night TV, and really any short form comedy piece.

“Hey, Jerry Seinfeld could have written this book, but he doesn’t have to—He’s Jerry Sienfeld!” laughs Toplyn on writing the first book on how it’s really done in late night.

Toplyn has always had this ability to deconstruct jokes and he offers proven methods for writing comedy like the “Rule of 3” that inevitably makes a punch line funnier.

“I love looking at comedy as an intellectual exercise, and I really am the right guy to write this book, hopefully sharing my knowledge with people who can’t make it to New York,” adds a humble Toplyn.

Toplyn’s scholarly approach to this funny business is also the antithesis of the dark, tortured soul often portrayed by the media that you need in order to be successful in comedy. Instead, like any student, Joe recommends reading as much as you can to see how other writers think, fine-tuning your ability to construct a joke.

“Like any profession, there are comedians and plumbers who had dark, messed-up childhoods and went on to be very successful, and there are those who had perfectly happy childhoods, but I really don’t see any pattern in it,” remarks Toplyn. “Why are dentists so sad? What’s the correlation? Don’t be a dentist-comedian (Laughs). I now apologize to all dentist-comedians,” smiles Joe.

And while Toplyn greatly admires gifted writers who also became star performers such as Tina Fey and Seth Meyers, he feels no urge to do both, preferring to live on the East Coast where his two sons are educated very similar to how he was, and Toplyn remains close with his family in Boston.

This life balance has equated into a very successful career for Toplyn in an industry where work is never steady, and he firmly believes in one mantra when it comes to giving advice to up-and-coming talent:

“Don’t do it unless you can’t imagine doing anything else.”

“Unlike most comedy writers, Joe Toplyn is well-organized, systematic, and methodical,” notes Steve O’Donnell, former head writer of Jimmy Kimmel Live and Late Night with David Letterman in his assessment of Toplyn and his book on Amazon.

“Hang-out where people do this, and really participate in the comedy community,” imparts Toplyn. “Take classes and try a stint at stand-up comedy and this network will hopefully lead to meeting more people, and finding out which shows are hiring. Join a writer’s group and work on your sit-com spec script until you can’t make it any better. ”

Reading, studying, taking classes, and learning from the greats who have made classic comedy structure what it is seems to be all in a day’s work and natural for Toplyn in his logical approach to getting big laughs.

“Hey, maybe that’s why Harvard creates so many funny people—it’s what we do best,” smirks Toplyn.

As for the future, Toplyn is of course, writing jokes and pitching a sitcom spec pilot. After all, he did write the book on this, and in our increasingly scary world, the one thing we can always use is a laugh, and Toplyn’s raw material is a never ending stream of events and life keenly observed in this really weird world.

“When I was writing for Monk, a show devoted to mysteries, I was on vacation and a scuba diver actually told me a perfect way to kill someone and get away with it,” relates Toplyn.

For even more inspiration and comedy writing tips, check out http://joetoplyn.com/.