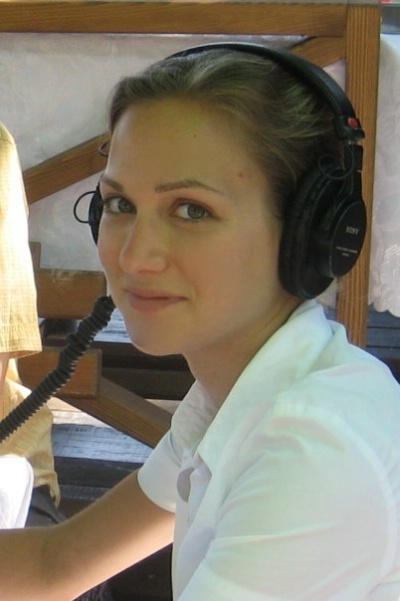 Producer Eve Marson '04 was brought on to the team of Fed Up, a new documentary film that is an indictment of the food industry. First shown at Sundance in January, Fed Up premiered internationally at Hot Docs in Toronto this spring. The film, which focuses on the role of hidden sugars in the American obesity epidemic, is narrated and executive produced by Katie Couric. It will be released on May 9th in select theatres and should have a life in the schools after that.

Marson joined the team to help put together the film’s angle when production was already underway. Part of her job was to define the angle of the film and she reviewed the many interviews that were part of the footage in order to try to determine what angle might work best for the film as a whole. This linguistics and philosophy concentrator, originally from New York, says that in her field one never knows what will lead to something else. Other projects that she has worked on have included “30for30, an ESPN documentary series, and “The Joy of Lex,” a project that explored language and allowed her to put her undergraduate degree to good use.

The challenges of her work include putting together different building blocks of interview footage and taking these pieces to create something new and calls it “exciting and soul-crushing” to be constrained by what one has to create for a documentary narrative that works. As a child, Marson was always reading and for several years she read one hundred books a year. During her teenage years, she recalls that she and her parents “were in the habit of going to the movies once or twice a week to escape homework or any other stresses.” Marson also acted in school plays, helped her best friend make a film – “producing before [she] even knew what producing was.” (This friend is now a successful director in L.A.).

When she entered Harvard, Marson thought that she might want to be an ethnographer or anthropologist. She landed an internship with 60 Minutes after her sophomore year in college and learned that documentary filmmaking could satisfy her anthropologist’s curiosity. Marson is drawn to “stories with lots of gray…a story that makes you a little uncomfortable in your chair, makes you question your assumptions about the world.” Her favorite writers include Haruki Murakami, Zadie Smith and Oliver Sacks, and one of the living people she most admires is Madeleine Albright, as she seems to be able to “balance the big stuff with the mundane while maintaining grace and humility,” according to Marson. (She remembers one line in Albright’s autobiography that she recalls illustrated this point: a to-do list that Albright looked at that included items such as 1.) Call King Hussein 2.) Prepare for China, and 3.) Buy non-fat yogurt.)

At the moment, the L.A.-based Marson is in a place of rest and recuperation after having completed Fed Up. She enjoys the outdoors, crossword puzzles, traveling, and cooking and eating with family and her close-knit group of friends. She adds that, as someone who has always worked freelance, she lives by the “say yes” philosophy – which is just to say “yes” and do absolutely any job she can get her hands on. Here’s hoping that Fed Up will be considered a success and will lead to many more opportunities for Marson to exercise her talents in the future!