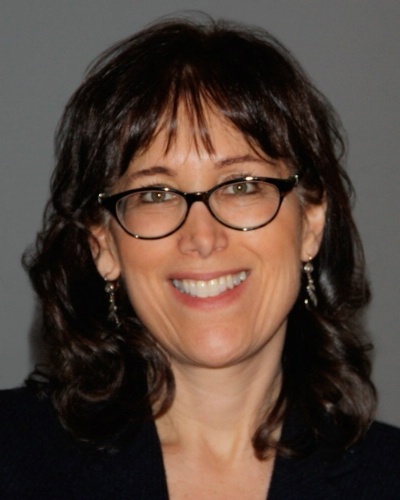 Diane Nabatoff '78, HBS '82 grew up wanting to be a singer. Seeing there were no female singing groups on campus, she co-founded the Radcliffe Pitches. “I assumed I’d be an actress and singer after Harvard,” she says.

“Over the years, Hasty Pudding became like a second family. Freshman year I handled props for the show, sophomore year I was the tour manager, junior year I was the publicity manager—I worked my way up.”

Senior year she got the top job and produced the show.

“There was a tremendous amount of press because I was Hasty Pudding’s first female producer. When I started looking for a job after graduation, I got a letter from Joe Papp at New York’s Public Theater suggesting I come work for him to learn more about being a producer. I decided to give it a shot; it was clearly a once in a lifetime opportunity. I did everything from play and audience development to whatever anyone needed done.

“While I was there, Meryl Streep came in and did a showcase for a handful of us. It was mesmerizing, but it was a one time only evening so no one else could share what we had experienced. That was the first time I thought about going into film where the work can be seen by many more people.”

She left the Public Theater and got a job on No Nukes, a documentary and concert film. “I had now worked at two non-profit organizations where money was always an issue and realized I needed to learn the financial side of the business.”

While in Manhattan, Diane also had a cabaret act and had been a theater understudy. She put all that aside and entered Harvard Business School.

“I had an amazing two years there,” she says. “I was with investment bankers and engineers and at first I didn’t have a clue what anyone was talking about. They were discussing the pros and cons of financial tools that I had never heard of. I had an extremely steep learning curve from theater and singing into the world of business.”

After graduating and briefly working in New York at HBO, Diane moved to Los Angeles to work with a producer filming Off Broadway musicals for cable. “It was the perfect blend of my past and present and the exact job I wanted,” she says.

“Then suddenly after three months, the company lost its funding and I was unemployed in a city where I didn’t know anyone and I had just learned to drive.” What followed was a series of fascinating and sometimes confounding job experiences. “At one point I was a segment producer for The World’s Funniest Commercial Goofs, and I thought ‘This just cannot be happening to me--this project is the antithesis of my sensibility’ but I needed a job,” Diane recalls. “Fortunately after that assignment I was moved into the TV movie and mini-series division at Alan Landsburg Productions and it was great. I could work on true stories that had an impact.”

She went on to become a producer and executive at several production companies, including Vestron, Feldman-Meeker and Henry Winkler’s Fair Dinkum Productions.

Her time at Interscope Pictures was a highlight. “It was the most unique and extraordinary job I ever had. We had a wonderful team—you got up in the morning and couldn’t wait to get to work.”

She produced Operation Dumbo Drop, a comedy based on true events during the Viet Nam War. “We went on location to Thailand--I was there about six months. Then we had a little problem and had to leave earlier than expected because foreigners were getting kidnapped. We decided to shoot the final scenes of the film in Florida, but due to time constraints had to FedEx our elephant there from L.A.”

Funding is a producer’s constant concern. “On Very Bad Things (Christian Slater, Jon Favreau, Jeremy Piven, Cameron Diaz), our financing fell through at the last minute and I had 48 hours to find another source of financing before we lost our stars. By some miracle we pulled together the money and were able to make the movie.”

“Two weeks into filming, I was told to shut down because our funder didn’t have the rest of his money yet. I knew if we shut down even for one day, we would never finish the film. Ray, Jason, Joe and I all agreed to defer our salaries, so I told the financier to just make payroll for the crew. I had no idea each week if the money was coming or if we really would have to shut down, but thankfully the crew hung in there with us until the end. Every day I’d say to Joe ‘we have this many feet of film,’ and he would figure out exactly what he was going to shoot. The stress of standing in a filthy Toronto chop shop where it’s sixteen degrees below zero is nothing compared to the anxiety of wondering if you’ll get the money to pay your crew.

“For a producer, every project is a new product, a new company. As ‘CEO’ of that company, I have to make sure the product is made efficiently and marketed effectively. Once I’m in production, I describe myself as a shock absorber. My job is to take care of everyone on and off the set and help solve their problems. You have to love the stories you’re working on because you’re pushing a boulder up a hill every single day.”

The idea for Take the Lead (2006) came when Diane saw a segment on the CBS Morning News about Pierre Dulaine, a world champion ballroom dancer who taught dancing to inner city children. His goal: to build social awareness, confidence, and self-esteem in children through the practice of social dance.

“Pierre started his Dancing Classrooms program in 1994, when there was no Dancing With The Stars and ballroom dancing was not cool—people thought he was insane. It took Pierre four years before he was allowed to volunteer in the first school. He started with 30 children and has now taught over 400,000. I knew immediately that I had to tell his story.”

Diane developed and produced a fictionalized version of that story for New Line Cinema. Take the Lead is set in a high school among skeptical urban teens and fuses a dramatic story with ballroom and hip hop dance. Antonio Banderas stars as Pierre.

“Pierre can walk into a room, command your attention and convince you to do the impossible,” Diane says. “He has presence and charisma, which is why Antonio was so perfect.”

Coming full circle back to her theater days, a stage musical version of Take the Lead is in the works for 2015. “It’s a mash-up of ballroom and hip hop in a story with lots of heart. As Pierre and the kids start to come together and respect each other, their dance and music styles also come together. It’s contemporary and relatable.”

In addition to having feature and TV projects in development, Diane is promoting the April premiere of the documentary she produced about Pierre, Dancing in Jaffa. “I’ve had the extraordinary opportunity to use Pierre’s story in three different vehicles, each appealing to a different audience.

“Pierre phoned and said he was about to fulfill his lifelong dream - to return to Jaffa where he was born, to teach Israeli and Palestinian children to dance together,” Diane recalls. “I said ‘I’m coming with you.’”

Director Hilla Medalia says, “Jaffa is one of only six mixed communities of Palestinians and Jews. The film isn’t about 5th graders learning to dance, it’s about the power of art in a community with deep-seated issues of segregation, resentment and prejudice.”

“Ballroom dance forces two people to move as one; in the process, they learn to respect each other. By the end of the 10-week program, the Jewish and Arab children had come together which in turn brought their families together--Pierre had a huge impact on Jaffa.

“It’s very rare to be able to make a film that shifts the paradigm,” Diane notes. “Raising money for this documentary was incredibly difficult, but it was a labor of love for a really important story. If enough people see Dancing in Jaffa, it could change how we all relate to each other.”