Helen Estabrook '03 (Producer, LABOR DAY, UP IN THE AIR, WHIPLASH) 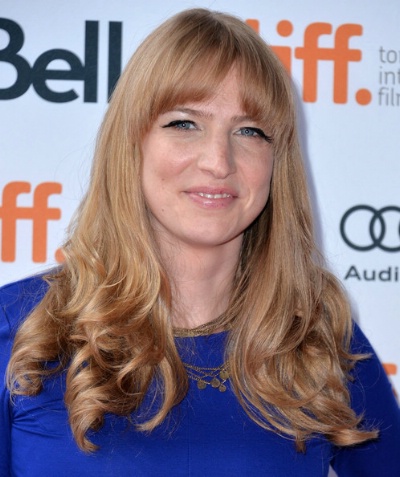 "Every producer treats the job a little bit differently,” says Helen Estabrook ’03, one of the producers of the recently released LABOR DAY as well as a producer of films such as YOUNG ADULT, UP IN THE AIR, and JEFF, WHO LIVES AT HOME.

She continues, "You are creating an entire company,” each time a new production starts.

Right now, Estabrook is running Jason Reitman’s production company and she spends several months a year on set, away from her L.A. base. She explains that different types of producers are needed on a film set and that her role is that of creative producer.

Before moving to L.A., Estabrook worked in New York as a production assistant and for an agency as an assistant. Originally from Champaign, Illinois, Estabrook has two older sisters and two older brothers. Her parents have been married for almost fifty years and she says that they are the people she most admires in the world. She also mentions that her nephew and nieces have helped define her – "the good parts.”

As a child, Estabrook recalled that she and her dad would go to one of their favorite restaurants and eat "unsanctioned junk food” after school and she says that she also read a lot and watched a lot of television. At Harvard, which she entered at sixteen, and from which she graduated with a degree in sociology, she participated in extra-curricular activities such as theater, the Signet, Crimson Key and CityStep.

Estabrook took a lot of film courses as an undergraduate and acknowledges that she once considered becoming an actress, but that when she "discovered stage managing and producing, everything became clear.” She cites her friends as one of the enduring legacies of her college experience and keeps in daily contact with four of them, in part, in order to keep herself aware of the dramatically different life paths that exist and to escape the myopia that can sometimes come with living in L.A. and being involved in "the business.”

Stories of "loneliness and connection” and "honest stories about actual experiences” most interest Estabrook although she says it can be hard to pinpoint exactly what makes her know she wants to be part of a particular project.

She explains that newly released LABOR DAY is a nostalgic, classic Hollywood drama and that in her role as a creative producer it was important to think about the entire film during each moment of shooting. (The film is set in the 1980s.) WHIPLASH, another recently released film, focuses on what a person has to sacrifice in order to be what he or she wants to be – a theme that Estabrook says particularly resonates with her.

As for the actors she has worked with – she has no horror stories to provide: all have been "wonderful, talented and down-to-earth.” And, although each set becomes a company – and a community – and it may bittersweet when a shoot is over, Estabrook says she relishes the time she can spend with her friends back in L.A. when it is time to return.

When asked about where she sees herself in five years, Estabrook laughed, indicating that to make a prediction might be absurd. If her past achievements are any indication, however, her own star will continue to rise!