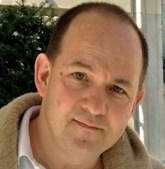 For a long time Andrew Herwitz '83, HLS '90 wasn’t interested in law school. "My mother graduated from Harvard Law School and my father was a professor there, so as a younger person I wasn’t open to the possibility that I might like it.” (His parents told him: "You like to argue, you should be a lawyer.”)

One thing was certain—he wanted to be a Harvard undergraduate. "Growing up outside of Boston, I thought Cambridge would be an ideal place to go to college.”

Unlike Reginald Hudlin and Thania St. John, fellow members of the class of 1983 (and subjects of past Harvardwood Highlights profiles), Andrew wasn’t involved with film as an undergraduate.

"I was so focused on my coursework and social life that everything else seemed like a distraction,” he says. "My concentration was History and Literature; I really enjoyed my classes and was challenged to think analytically, to avoid pat answers and to always consider who the narrator was. At Harvard I made tremendous friends, many of whom are still my nearest and dearest. I loved my four years but really regret that I did not take advantage of the incredible range of resources at Harvard, particularly in the arts and in community service. I really relate to the old saw ‘youth is wasted on the young.’”

After graduating and applying to business school, Andrew joined a group of Harvard friends in Paris and lived the life of a flaneur for "eight glorious months. It was a chance to explore, to travel, to practice French, to do odd jobs, and to spend an inordinate amount of time sitting in cafes in between museum visits, strolls in beautiful gardens and unfamiliar neighborhoods, to go to the movies and generally to carouse,” he recalls. "It was great.”

Between terms at Columbia Business School, Andrew worked in venture capital, and somewhere along the line he decided he wanted to go to law school after all.

"Harvard Law School was really intense—I gave it my all and worked like a maniac. Fortunately some of my very close college friends were still in and around Cambridge, so that eased the transition.”

"In terms of careers, I thought I was good at imagining myself in the other guy’s shoes, had a certain amount of empathy and cared about interpersonal dynamics so it seemed that the fields that would best suit me were those that had a lot of contact with individuals as clients such as Trusts & Estates and Entertainment Law. Ultimately because I have always loved to go to the movies, I chose the latter.”

Andrew joined the entertainment department at the law firm Paul Weiss. After several years of theater and publishing legal work and of representing individual actors and playwrights, Andrew took stock and realized law firm life was not for him. At the urging of his wife, he thought seriously about a lateral move to work in entertainment itself. Being in New York limited the options but he managed to get introduced (via a Harvard contemporary) to Harvey and Bob Weinstein and then joined Miramax to pursue more of a business/creative career in the entertainment industry.

Starting as a production lawyer, he was steadily promoted, eventually becoming Head of the Acquisitions Department. After six years, he was quite ready to try something entrepreneurial. He left Miramax to start his own business in 2002. His firm, The Film Sales Company, handles independent films seeking financing and/or distribution.

"In many ways I started my company by doing the opposite of what I did at Miramax,” Andrew says. "Rather than buying films, I was selling them. The terrain and the people were familiar, and I’d learned what made something commercial or non-commercial. Certainly under Harvey’s tutelage I had honed an aggressive attitude toward getting things done.”

Business school, law school, traveling outside the country, working in finance and at Miramax—"in hindsight it’s all been a perfect trajectory to where I am now,” he says. "But it wasn’t thought-out and methodical at all. It was completely haphazard. I tried (mostly) to do a good job at whatever I was doing despite the fact that I had little idea what I even wanted the next step to be. I feel very lucky to have ended up where I am.”

Although he has distributed, helped finance and produce provocative narrative and documentary films like Waitress, Adam, Night Catches Us, Let the Fire Burn, Born Into Brothels, Fahrenheit 9/11, Room 237, and My Architect, he doesn’t see his mission as doing ‘important’ films.

"I work on films I find engaging that I also think will meet with some kind of success in the market. I see many films that are fascinating and impressive and will probably garner critical support, but if I can’t figure out a way that I can help it have some level of commercial success it’s not a good one for me to take on to represent. My professional goal is to find a film or a project with a unique voice but one for which I can come up with some marketing hook--a way to make the inaccessible accessible so it can be shared with a larger audience.

"I actively look for projects--there’s a lot of pounding the pavement. Sometimes I get calls that result in projects I want to take on which is always a nice boon.”

Case in point: a call from a group of investors. "They said ‘there’s this project, will you look at the script, tell us what you think?’ So I did and I thought it was fantastic. While every film has its risks, the director was really talented, the story was totally winning and an amazing cast was coming together.”

The representative of the production ended up being the brother of a good friend from Harvard ("I’ve known him since I was 18”), someone he’d acquired films from when he was at Miramax.

"We’re friends and we enjoy one another--that made it much easier to negotiate something that worked for my investors and for the production,” Andrew says. "We ended up investing a large sum in the film and were obviously delighted with how well it has performed.”

The film was Lee Daniel’s The Butler.

The Film Sales Company is active across all distribution platforms. "Video on Demand works well for some films,” Andrew says. "We also license many films directly to Netflix. Digital has been a great frontier to innovate in. We use it extensively and have direct licensing deals with both Hulu and iTunes.

"I’m very excited about the domestic and international rollout of the documentary Pandora’s Promise on iTunes,” he says. "We’ve worked hard on the marketing for its 56-country launch in December, and arranged for the director to travel to those countries so there will be appropriate press.”

Asked how he would advise aspiring independent filmmakers, Andrew offers the following:

"Although you have to be your own best advocate and do what you think is best, you should listen to what the market is telling you. Going against the market may well be the right decision, but you have to understand that it’s a risk. I’m not saying to give up if everyone says ‘that’s a boring topic’ or ‘I’ve seen a lot of similar films,’ but do take that into account. If you’re rigid and dismissive of the value of other people’s perspectives, you’re cheating yourself.”

Andrew is an Executive Producer of Midnight Sun starring Jesse Eisenberg, which will be shot in 2014, as well as several new documentaries on wide-ranging topics.