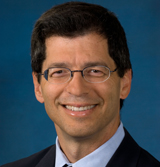 Growing up in the suburbs of Chicago, Charles Hirschhorn '79 liked movies but he loved cooking, so after sophomore year at Harvard he took a year off to cook.

"I was on my feet, cooking in a hot restaurant kitchen twelve hours a day,” he recalls. "I quickly realized that cooking is much too difficult and I had to find a new way to make a living. I decided I wanted to work in the movie business.”

Back on campus, he took filmmaking studies and studio arts classes toward a joint degree in Economics and VES (Visual and Environmental Studies). He made contacts in the film industry through Harvard’s Office of Career Services and spent spring break junior and senior year in Los Angeles, meeting film executives and producers.

After graduation, he worked in Boston then went off to film school at USC—but not for long.

"I started at USC in September and quit in December,” Charles explains. "I thought I should try to find a job as soon as I moved to Los Angeles, so I kept pursuing contacts I’d made while at Harvard. I was lucky—one of them was promoted to be president of production at Universal and he hired me as a junior executive.

"It was great working at a large studio like Universal. The movie business in the early 1980’s was more entrepreneurial than it is today. More pictures were being made at a variety of budget levels, and there was more risk-taking and opportunity.”

Charles followed his Universal boss to an independent production company. Because of his experience in movie production including films like BULL DURHAM and DIRTY ROTTEN SCOUNDRELS, Charles was hired by the new Fox Network to develop a night of movie programming each week.

Then Fox decided not to do movies.

"I went from being an aspiring young movie producer to being a development executive on a TV network that hadn’t quite launched,” he says. "When you’re new to television you’re at a disadvantage because you don’t have long-term relationships with well-established showrunners--it was incumbent on me to find new ones.”

"Keenen had made a really funny independent film called I'M GONNA GET YOU SUCKA. It had two guys in it who ran a rib joint, and I thought ‘those guys running their rib joint--that could be a funny half-hour comedy.’

"I told Keenen my idea, and he said ‘no, we should do a sketch comedy show called IN LIVING COLOR with dancers and a troupe of comedians,’” Charles laughs. "And I said ‘Great—let’s do that.’” Jim Carrey, Jamie Foxx, Jennifer Lopez, Damon Wayans and others got their big breaks on the show, which ran for four years.

Having been "sort of bait-and-switched into TV” at Fox, Charles jumped at the chance to get back into the movie business, this time with Disney. "We launched a studio called Hollywood Pictures and made a lot of movies,” Charles says. "My personal favorites were QUIZ SHOW and THE SANTA CLAUSE.”

After Disney bought ABC, Charles was transferred from Hollywood Pictures to television--again--but this time he embraced it. He relaunched THE WONDERFUL WORLD OF DISNEY on ABC and became president of Walt Disney Television and Television Animation.

Charles’ immersion in the world of animation led to his interest in video games.

"Although it’s interactive, a video game contains 20-50 hours of animation,” he explains. "It seemed to me that you could repurpose that animation in a linear world to create a television channel, much as MTV repurposed music videos.”

He left Disney to develop this idea, launching it with Comcast in 2002 as G4 Television, the only 24/7 television network dedicated to video games.

"Having been involved with the launch of the Fox Network where I was an employee, it was exciting and fun to launch a network from scratch where I was the founder,” he says. "The flaw in the G4 business model was that ultimately, gamers would rather play video games than watch television about it. But the proof of the G4 content concept is Machinima.” (Machinima provides gamer-centric videos and is one of YouTube’s top non-music networks.) "G4 was version 1.0 in the linear, old media world and Machinima is a very similar idea in an interactive, digital new media world.”

After G4, which was aimed at males 18-34, Charles was brought in to launch Retirement Living TV (now RLTV) targeting adults 55 and over. Then he was asked by AEG and CAA to help them launch AXS ("Access”) TV. Today, Mark Cuban, Ryan Seacrest Media and CBS are also AXS TV partners.

"At AXS TV we don’t want to be a news or a sports channel,” Charles says, "we want to focus on non-sports, mainstream, live ticketed events like music, festivals and comedy awards shows.” Charles is the president of AXS TV, which is currently available in over 40 million homes.

Charles came to Hollywood and climbed its ranks as the line between film and television blurred and technology exploded. Today, video services are digital, online, interactive, and available on multiple devices and on demand. "It’s a fantastic time to be in the video business,” Charles says, "barriers to entry and production costs have fallen dramatically, and there’s room for all kinds of new offerings.”

His advice for people who want to break into the media field?

"You don’t need anyone’s permission to pursue a career in media. If you want to be a screenwriter, you don’t have to be hired, you can just write a screenplay. Or film a video. If you want to produce or direct or be a composer, you need to start doing it. If you like it and you’re good at it, ultimately in some serendipitous form you’ll probably succeed. But don’t wait for someone to give you permission.”

"I would guess the future for me would involve a digital video service—or maybe I’ll end up in the restaurant business after all.”