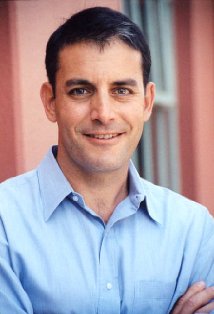 In the final scene of the 2006 film, WATER, a train filled with supporters of change agent and political leader, Mahatma Gandhi, pulls out of a crowded station. A seven-year-old child, Chuyia, is handed to an educated young man who has decided to leave his own city and follow Gandhi. An adult widow who shares her living space with Chuyia – who, despite being only seven, is also a widow after a childhood marriage – desperately hands her to the man on the train in order to free Chuyia from a life of poverty and prostitution. This final scene offers a glimpse of hope for the child’s future and for the future of Indian society, and exemplifies the theme of redemption that is prevalent in many of the movies that Doug Mankoff HBS '95 has helped to bring to audiences worldwide.

Films such as THIRTEEN CONVERSATIONS ABOUT ONE THING, (2002), TWELVE AND HOLDING, (2006), TSOTSI, (2006), and AWAY FROM HER, (2007), also show how unexpected situations often end up transforming characters’ lives for the better while depicting how human relationships can transform individuals’ views of the world in ways that they themselves may not have anticipated. Mankoff explains that "the best drama comes from when people who we can really feel for and relate to are in jeopardy,” and these particular films all depict situations in which characters need to move beyond tragedies or stressful life events that have taken place.

As a child growing up in the Preston Hollow section of Dallas, Mankoff pretended to be Evil Knievel with his friends and rode his bike a lot. However, he says he occasionally felt like an outsider. His religion – Judaism – and the politics of his parents – liberal – differentiated him from the mainly Christian and often politically conservative families of Preston Hollow. This feeling of separateness helped inform his career choice as he says that he knew he did not "want to do something conventional” and the strong commitment of his parents to social justice and "compassion for the downtrodden” that Judaism teaches helped to influence him.

Mankoff attended St. Mark’s School, an all-boy prep school in Dallas and Duke University, where he graduated in 1985 with a BA in History. After Duke, Mankoff enrolled in NYU’s prestigious film school. After a year, upon realizing that he did not want to become a director, he dropped out of the NYU program. He went on to start a company called CAMPTV. (Summer camps were just starting to use video technology to advertise their services and running this company allowed Mankoff to learn a lot about lighting and editing and making videos as well as business.) In his late 20s, Mankoff decided to pursue an MBA at Harvard. While meant to be a stepping stone to Hollywood, Mankoff loved the experience. Having toiled in an entrepreneurial vacuum, he was "delighted to learn how other companies operated.”

Mankoff remembers an HBS course on negotiation techniques as being extremely useful and engaging and says he uses these techniques consistently in his role as a producer in order to "increase the size of the pie” for all involved in a project as well as to get a fair slice. Mankoff had hoped that HBS would lead to job opportunities at the studios, but the era of freshly-minted MBAs being courted by Hollywood moguls had already passed. He did have one contact in Hollywood whom he has previously worked for as a production assistant one summer during college – Michael Nesmith – and he got a job running the company of this former member of the ‘60s group, THE MONKEES. However, they never made any movies. Mankoff saw that the key to Hollywood was to be a buyer and not a seller. He raised a small "friends and family” fund and founded Echo Lake Productions in 1997.

In 2010, Mankoff established a new fund with partners in Toronto. That fund has helped finance the last two Pedro Almodovar films, a John Cusack action film called THE NUMBERS STATION, and a new production of ROMEO & JULIET.

Of all the films that he has worked on, the project Mankoff says that he is most proud of is THE JONESES. This movie almost did not get made due to the 2008 market crash. Investors pulled out of the project and Mankoff debated whether or not to go ahead with it. Mankoff had to decide whether to go it alone through his fund (with much of his own money at stake) or to jump ship and take a certain loss of $1 million. He decided to consult the person he admires most – his father. "He reminded me that avoiding risk was not the reason I got into the movie business.” Mankoff stuck with the project. "While it was by no means a hit, it had a lot to say, and continues to resonate with people. We are now making a tv series based on the concept,” Mankoff explains. The "unexpected twists” that seem to be a hallmark of many of the films he has backed also characterize this movie that explores the modern "American dream” of an affluent suburban lifestyle and how it is marketed to consumers.

"Happy and constantly challenged” is how Mankoff describes his current state-of-mind. Seeing his daughter ride at horse shows, jumping on the trampoline with his younger daughter, riding bikes with his son, and watching HOMELAND with his wife comprise some of his favorite out-of-office activities, as does playing a round of golf with someone who doesn’t take the game overly seriously. Mankoff tells those who are eager to follow in his footsteps and pursue a career in Hollywood that it is important to commit to being out in Los Angeles "for the long haul” and to be "willing to get your hands dirty at a low level” without expecting immediate success. Perhaps he might add that newcomers to the entertainment business should be prepared for some unexpected twists and turns in their own lives as they enter the movie business and pursue a Hollywood career. Like the characters in the films Mankoff has produced, young artists and businesspeople who desire to make their mark in the film industry never know what "unexpected twists” might take place in their own lives and act as catalysts for their own success.