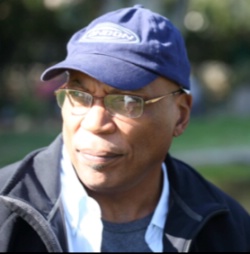 What do NYPD BLUE, ER, THE WEST WING, HOUSE, MONK and GLEE have in common? Episodes of these series and many more have been directed by Paris Barclay, ’79. His producer credits include HBO’s IN TREATMENT (executive producer), COLD CASE and CITY OF ANGELS (co-executive producer) and NYPD BLUE (supervising producer). His honors include two Emmys, three Peabody Awards, two NAACP IMAGE Awards and GLAAD’s Stephen F. Kolzak Award.

One of seven siblings, Paris admits "I was always a little jealous of any attention my brothers and sisters got. I think I grew up trying to get my fair share of love. I felt a little bit like I had to put on a show.” Paris was very interested in music and taught himself the guitar and piano. He wrote his first musical when he was in the seventh grade. "It was called Time for Livin’ and was the story of a warlock--played by me.”

After eighth grade, Paris received a scholarship to La Lumiere, a boarding school in La Porte, Indiana. La Lumiere was key to "my figuring out that there was a bigger world out there,” Paris says. "It was my first brush with not being liked because of my color, which may have led me to overachieve.” He was first in his class, did theater, ran track and was co-captain of the football team.

When Paris was a freshman at La Lumiere, (now Chief Justice) John Roberts '77, HLS '79 was a sophomore. "It was a very small school so I knew him well, even though we were obviously on opposite ends of the political spectrum,” Paris says dryly. When Paris came to Harvard for his on-campus interview, he stayed with John Roberts. Despite his inclination to go to Stanford ("I was really tired of the cold”), Paris ended up at Harvard.

Paris’ Harvard experience wasn’t particularly…academic. "I don’t think I went to that many classes. I specialized in writing and having a great time with people who became my friends for life.” Paris wrote sixteen musicals, revues and plays during his Harvard years, spending most of his time in the Loeb and Hasty Pudding. For most of his Harvard years, his roommate was Arthur Golden '78, who would eventually write the bestseller MEMOIRS OF A GEISHA. "We even wrote one musical together, based on Machiavelli’s The Prince,” recalls Paris. "It was ‘ahead of its time.’”

After graduation, Paris went to New York and began a career in advertising. He was accepted by the ASCAP Musical Theater Workshop and wrote two shows. "The first one was ON HOLD WITH MUSIC which we did with Jason Alexander at a workshop at the Manhattan Theater Club. It dramatized my experiences in advertising. We had a fantastic cast and I said ‘this is certainly going directly to Broadway.’ Stephen Sondheim came to the workshop and gave me some advice on the play which was realistic and pretty much destroyed my faith in the whole project. He then suggested that I might want to do a show that dealt with the African-American experience. He said ‘From a marketing perspective, you’re going to stand out.’ At first I thought ‘that’s incredibly racist,’ but then I thought maybe he had a point in terms of establishing my voice. There are a lot of African-American stories that need to be told.” Paris wrote a musical based on a Richard Wright story, THE MAN WHO WAS ALMOST A MAN, and the musical was staged at the Soho Rep.

Paris spent twelve years in advertising before switching to video production and making a splash with his eight music videos for LL Cool J—he won three Billboard Music Awards and an MTV Award. He also directed videos with artists like New Kids On the Block, Harry Connick, Jr., and Bob Dylan. Impressed by the storytelling skills Paris displayed in his music videos, John Wells invited him to direct an episode of a new television show, ANGEL STREET. "John hired me again on ER,” Paris says, "which led me to NYPD BLUE where I became a producer, and that established me in my career.”

Today, Paris has directed over 115 television episodes, but he still takes on other challenges. He teamed up with a young writer named Dustin Lance Black to write and produce PEDRO, the story of THE REAL WORLD’s Pedro Zamora, which aired to great acclaim on MTV. He was brought in to direct the third episode of FX’s SONS OF ANARCHY. "Paris is such a great storyteller,” noted Kurt Sutter, the show’s creator, "it was from that episode on that we really fell into a groove.” Paris begins work as Executive Producer and principal director on the upcoming season of SONS OF ANARCHY. He’s also working on a musical about the days of disco in New York; writing a screenplay about an alien who comes to earth to sell shampoo; serving as First Vice President of the DGA’s Board of Directors; waiting to hear about the future of IN TREATMENT, and developing a couple of pilots as writer or director. "Hopefully in the next year or two, I’ll have a show on the air that I’ve created or co-created. And hopefully I’ll get some sleep.”

Paris has specific advice for aspiring writers, directors and producers.

"Create something that people can see. Today’s filmmakers can write and produce their own short films at very little cost with editing software that’s on their computers, and can use the internet to distribute them. Start now, don’t wait, don’t look for a big payday, just create things and put them out there. Make sure that the things you create are original and express your vision.”

Next, "You have to be your own agent, until you get an agent. You have to figure out how to sell yourself as if you were another person. Shyness and humility will not help your cause here.”

Finally, "Once you actually get an opportunity, don’t fail. It’s easier said than done, but you have to figure out ‘what does this job need of me, how can I be the best at it, how can I best serve the people who are my bosses.’ Make it your calling card.”

One reason Paris is successful is the working environment he creates. His days in advertising taught him how to lead teams and "criticize people’s work without breaking their hearts.” He says "I try to run sets the way I would run my family, which is sometimes with a little tough love, but also with a lot of support and ways of showing people I respect what they do. Every unit that produces television is a family.”

He continues, "Even though people say television is increasingly individually consumed, it’s still a way that families at home come together, whether it’s over AMERICAN IDOL or SONS OF ANARCHY. As a director, what could be better than helping the families that create television tell stories to the families that consume them and see themselves in those stories? You can create stories that are painful, or joyous, or filled with expressions of love, overt and covert. You decide.”