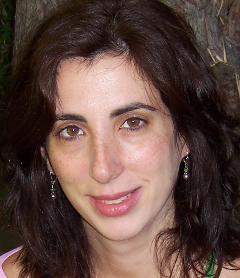 Aline Brosh McKenna's career has been one slow, delectable rise, like freshly baked bread. An A-list screenwriter, she's now working on her second screenplay, an adaptation of the British bestseller "I Don't Know How She Does It", with director and fellow Harvard alum David Frankel. McKenna's previous collaboration with Frankel on "The Devil Wears Prada" grossed $235 million worldwide and cost $35 million to make.

Although McKenna ('89) and Frankel ('81) were never at Harvard at the same time, both took and raved about Vlada Petric's course on the classics of world cinema. McKenna also loved Stanley Cavell's class on "The Hollywood Comedy of Remarriage". Cavell showed all the classic screwball comedies ("Bringing Up Baby", "Lady Eve", "It Happened One Night") on the big screen. "He took them seriously," she said. "The idea was that through romantic relationships, larger societal and moral issues could be examined." He talked about Emerson and Thoreau in the context of the films and pointed out the way in which they addressed interesting moral and social issues with light banter.

McKenna's second film was "Laws of Attraction," starring Pierce Brosnan and Julianne Moore as two divorce lawyers who get drunk one night, wind up married, then want to divorce. Or do they? It's a classic screwball premise.

It worked out. Her first gig was with her college roommate, Stacie Lipp. They stayed in Boston and wrote the first few chapters of a book, "A Coed's Companion: Everything A Smart Woman Needs to Know about College." Lipp had written for The Lampoon and McKenna for The Crimson. They sent the manuscript to several people they knew from college, and they sold it. After the book was finished, Lipp moved out to LA to work on "Married with Children", and McKenna stayed in NYC, where she took a screenwriting class at NYU with Dick Bebe. She wrote a screenplay and showed it to her friend, John Lesher '88. He became her agent, and she moved out to LA. After a stint of writing for TV, she wrote and produced "Three to Tango" with Neve Campbell. "The Devil Wears Prada" is her third produced film.

McKenna grew up in New Jersey with one brother. So far, romance tends to win out in her movies, mirroring the experience of her family. Her parents met in Israel. Her father, now a retired engineer, owned a jewelry store next door to a little gift shop where her mother, a Frenchwoman, was working. "They've come a long way," said Brosh McKenna. "Who would have guessed?" They eventually moved from Israel to New Jersey, then to Santa Monica. Her father moved with her mother to Santa Monica to be closer to their children and grandchildren. McKenna's brother also lives in LA, and McKenna has two boys (3 and 6) named Charlie and Leo. She married a Princeton man, Will McKenna -- they met at a Vermont ski house when they were both living in NYC.

McKenna and Frankel were very excited to work together again after "The Devil Wears Prada". Both of them rave about working with each other. According to McKenna, they often have a similar point of view, and the very collaborative Frankel really understands the writing process. When asked about working with McKenna, Frankel offers, "She's talented, funny and an unbelievable workhorse who keeps the themes of the movie focused while she's crafting the details. She worked on Meryl's 'cerulean speech' until the last minute. It was crucial to the film, to show both sides of the fashion industry. It was also important to accommodate Meryl." Frankel relates another anecdote about their very first meeting, during which McKenna came up with the line, "Go ahead and hire the fat girl." That came out of her mouth and it stayed in the movie. The two also had an ongoing debate about "what's hot and what's not". Clearly, they have fun working together.

McKenna's advice to first-time writers is to write a sample screenplay, to practice getting words on a page. Then, once you have an apt representation of where you want to go, get it someone who works in the business. In Hollywood, she explains, "they are really eager for new material."