Message from the Outgoing and Incoming HWP-TV Directors 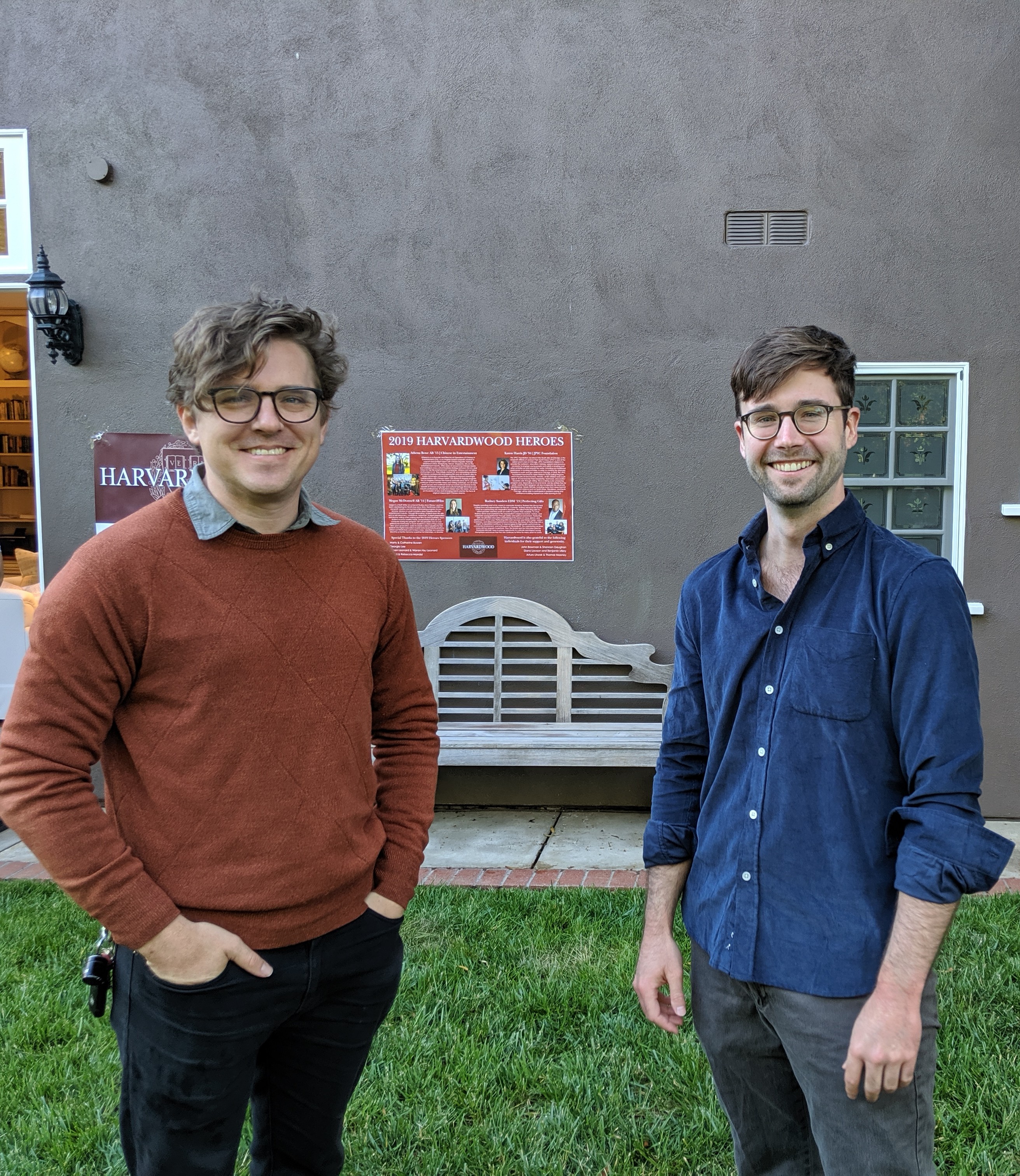 For the past four years we've had the pleasure of leading the Harvardwood Writers Program - TV Modules. During that time, we've had approximately 150 budding Harvard alum writers participate in weekly peer-review workshops (aka "modules"), various writer/exec/showrunner panels, mock pitching opportunities, and post-panel drinking hangs at our favorite watering holes, Stout and Trejo's Tacos. We always like to say HWP-TV provides two things: deadlines and community. The latter is what has meant the most to us—we've truly made lasting friendships and know that others have too. We can't stress enough how much we love our community and hope that it continues to expand and bring folks together.

A few months ago we agreed that four years was a good run and it was time to pass the torch. So we did. We couldn't be happier that Megan McDonnell and Megana Rao accepted. They've been stars of HWP-TV for years. They're both super smart, terrific writers, and they're cool—frankly a lot cooler than we are. We're excited to see what they do with the program, and if they ever need us, we'll be around, cheerleading from the sidelines.

With much love,
Todd and Joey

Megan McDonnell AB '14 is a TV writer and has been a participant in the Harvardwood Writers Program since 2016.

Originally from Dayton, OH, Megana Rao graduated from Harvard in 2014 with a degree in Human Evolutionary Biology. She worked in tech for several years before moving to LA. She currently produces the podcast "Scriptnotes" on screenwriting.

Fun fact: Megana and Megan met during their Freshmen Expos class at Harvard!

Joey and Todd have done such a wonderful job of directing HWP—they've left us impossibly large shoes to fill! From the content of the panels to the weekly assignments in the small groups, they've been so thoughtful in their leadership and have inspired so many great samples from the modules. We feel so grateful to have found such incredible friendships in the Harvardwood TV Writing Program and am excited to continue to foster Joey and Todd's culture of community and creativity within the program.