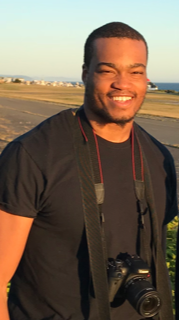 With a couple semesters of film courses under my belt, I decided to take a leave from school this year to pursue my passion for storytelling. I told everyone I came across that I hoped to work in the film industry. I asked if they knew anyone who they could connect me with, but that amounted to nothing. I cold-called studios, hoping to get someone on the line who’d be willing to help me, to no avail. I learned firsthand that the industry is very relationship-based—some might even call it nepotistic.

My problem was simple. I had no ‘family’ in Hollywood, until I discovered Harvardwood.

Over dinner, my academic advisor mentioned that I should look into the Harvardwood network—turns out I was already a member! It was one of the million things I had signed up for as an underclassman. I scrolled through my inbox to find that I had tens of emails from Harvardwood. They had been there all along, just waiting for me to tap in.

I opened the most recent email to find that there was a “Harvardwood Lowdown” Skype session just a few days away. The session was slated to have Harvard industry vets answer embarrassingly naive questions about working in film.

I joined the call with one query: Can anyone help me get a paid job as a PA between the months of April and June? Actress and producer Mia Riverton Alpert AB '99 was one of the moderators and offered to follow-up. Via email she immediately put me in touch with people who would become invaluable to my immediate job search and my general understanding of how movies get made.

Among those was Art Director and Production Designer Sue Chan AB '92. She offered to meet me in Los Angeles over the holidays and said she would be on the lookout for job opportunities that fit my window. I was not able to meet Sue in LA and was fully expecting for her to forget about me.

A couple months later, I got an email from Sue asking for my resume. She would send it to her colleagues on a Netflix film she was ramping up for in mid-April in New York City. One by one, Sue tried each department, inquiring about an opening for a PA, and admitted that she’d found nothing. Then, BOOM!

I got a message from Sue saying that she was sitting next to the only manager she hadn’t spoken to yet. He was looking for a PA. She forwarded him my info, and later that day, I found myself on the phone with a paid job offer on the table. NYC, here I come!

In an industry that opens its doors to few beginners, Harvardwood stepped in like family to help get me on my feet.