Come chat with television writers Grainne Godfree '03 (The Tomorrow People, The Flash, DC's Legends of Tomorrow) and Sue Chung '02 (Gotham, Agent Carter and The Brave) as they break down staffing season and how to flourish in the writers' room.  Topics to be discussed include 1) How not to be a weirdo during a staffing meeting. 2) Tips for becoming the best staff writer PERIOD and 3) Horrible, embarrassing mistakes they've made along the way. Friends since college, Grainne and Sue look forward to sharing their war stories and meeting new writers!

Sue graduated from Harvard College with a degree in Women, Gender, and Sexuality Studies. She started her career at Time, Inc., writing health and beauty articles for various publications before moving to LA and beginning her screenwriting career in 2013. She has sold to and developed pilots with ABC, CW, Warner Bros. TV, 20th Century TV, and Odd Lot Entertainment. On the staffing side, her credits include Fox's Gotham, ABC's Agent Carter, and most recently, NBC's The Brave. 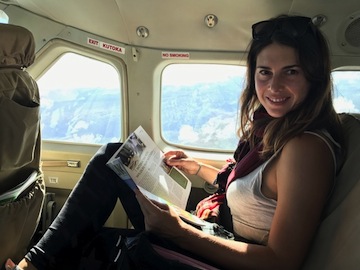 Grainne Godfree AB '03
The Tomorrow People, The Flash, and DC's Legends of Tomorrow

Grainne is one of the few screenwriters you will meet who was born and bred in Los Angeles (Mount Washington to be exact.) She graduated from Harvard College with a degree in History and has an MFA in screenwriting from Columbia University School of the Arts. Currently, Grainne is a Supervising Producer on DC's Legends of Tomorrow, a show about time-traveling superheroes where her history degree comes in handy.