Harvardwood Masterclass with Roger Neill AM '90, PhD '94 (MOZART IN THE JUNGLE)

This month's masterclass, led by composer Roger Neill (20th CENTURY WOMEN, DON'T THINK TWICE, MOZART IN THE JUNGLE), is a must for EVERYONE—writers, directors, producers, filmmakers, composers, and musicians—interested in learning the collaborative process of film scoring from all sides. In this hands-on workshop, Roger will take us through the art and process of creating music for the big and small screen, speaking specifically about how composer and director and producer establish a common language and learn how to become partners in the mysterious process of storytelling. The workshop will be invaluable to any filmmaker interested in cross-discipline communication, how to convey abstract artistic ideas and collaborate successfully together. 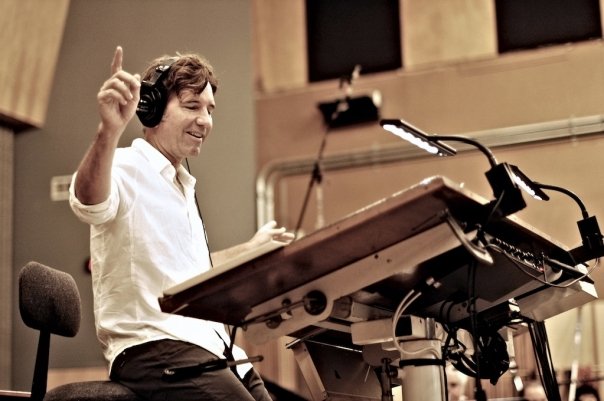 For the Amazon Studios series Mozart in the Jungle, Roger acted as composer, music producer and consultant.   In 2016 MITJ won two Golden Globes and an Emmy, including the Golden Globe for Best Comedy Series.  Amazon recently released the soundtrack album for Mozart in the Jungle, which features Roger’s orchestral arrangement of Phoenix‘s “Lisztomania,” the series’ main title.

In television Roger is well known for his 13 seasons scoring the Fox prime-time animated series King of the Hill.  Currently Roger is music consultant for Chuck Lorre’s comedy series, Mom.  Roger’s other television credits include Chicago Hope, Michael Hayes and The Simple Life, and many others.

As an arranger, orchestrator, conductor and collaborator, Roger has worked with a Who’s Who in the recording industry, including Air, Beck, John Legend, Kygo, Mellow, Spoon, David Sylvian, Jason Falkner, Natalie Merchant, Stereolab, Sondre Lerche and Stars of Track & Field.

Roger is very active in the commercial world, scoring ad campaigns for Facebook, Subaru, Hummer, Axe and many others. Roger has had the good-fortune to collaborate with many distinguished commercial directors, including Roman Coppola, Mike Mills. Kathryn Bigelow, Rupert Saunders and Gus Van Sant.

Roger has been active as teacher throughout his career, at UCLA Extension, Cal Poly Pomona, and as founding faculty of the Palomar Film Music Workshops.  He is the recipient of many ASCAP and BMI awards, an Emmy for his work on King of the Hill, and an LA Weekly Theater Critics Musical of the Year Award for his operetta The Beastly Bombing.  The Beastly Bombing will be produced next in late 2017 at the Deutsches SchauSpiel Haus in Hamburg, Germany.