Cost: $5 for Full Members and Friends of Harvardwood; $10 for all others.

Advance Registration is REQUIRED.  No tickets will be sold at the door.  IF YOU REGISTER AFTER 3:30 THE DAY OF THE EVENT, BE SURE TO BRING YOUR REGISTRATION CONFIRMATION WITH YOU!

DRESS CODE:  Business Casual is fine for the event itself, but if you are thinking of staying for dinner, JACKETS & TIES will be required for men.  No denim, sneakers, or such. 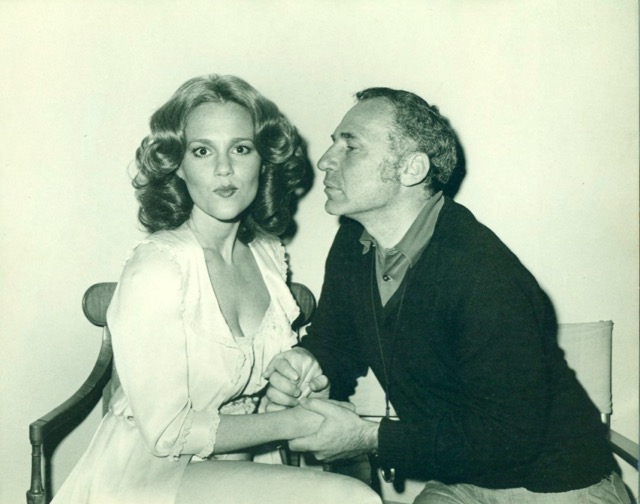 Madeline Kahn was one of America's greatest comic actresses.  Yet she was painfully insecure, afraid that her looks, her voice, her talent were all illusions.  Her starring Broadway performance in On the Twentieth Century began as a triumph and turned into a disaster.  She never again appeared in a musical on Broadway, but 14 years later, her triumph in The Sisters Rosensweig represented one of the great performances of her career, winning her a Tony as Best Actress.

In film, Kahn is remembered for her brilliant work in, among others, Paper Moon, What's Up Doc, Blazing Saddles, Young Frankenstein, High Anxiety, History of the World Part I, Clue, and Sherlock Holmes' Smarter Brother.

In writing his definitive biography of Kahn, Madeline Kahn: Being the Music, A Life, William Madison had access to almost all the key people in Kahn's life.  In his talk, Madison will discuss her life and career, including her work with Hal Prince, Mel Brooks, Gene Wilder, and others, and the pervasive and often destructive influence on Kahn's life of her unstable and manipulative mother Paula.

Madeline Kahn: Being the Music, A Life will be available for purchase ($25, cash only) and a booksigning will follow the event.

After the event, attendees are invited to stay and mingle over dinner (credit cards will be accepted) in The Lambs' Pub.  (Again, jacket and tie are required in the Pub.)