Dionne Harmon began her career at MTV, casting multiple seasons of the hit show Dismissed followed by Becoming and Wanna Come In. She went on to cast music videos for Usher, Diddy, Busta Rhymes, Alicia Keys and more, before shifting her focus to production, working on projects ranging from HGTV’s Designed to Sell to David LaChapelle’s film RIZE. After a brief stint at Jamie Foxx’s production company Foxx-King, Dionne landed at OWN where she was a part of the programming and development team that launched the network. There, she learned the ins and outs of development before leaving & eventually joining Jesse Collins Entertainment in 2012. 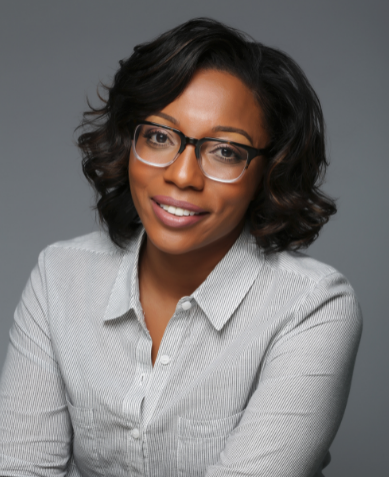 At JCE, Dionne rose through the ranks on tentpoles & specials including BET Honors, ABFF Honors, Dear Mama, BET Awards, BET Hip Hop Awards, Soul Train Awards, Love & Happiness: An Obama Celebration, UNCF: An Evening of Stars & Rip the Runway. In 2015, noticing an opportunity to grow the business, she built JCE’s development department from the ground up, expanding the company’s slate & scope. Since then, Dionne has had a pivotal role in JCE’s growth in both the scripted & unscripted space. She helped bring the hit mini-series The New Edition Story and The Bobby Brown Story to life on BET, along with the celebrated series American Soul. She also developed and executive produced Hip Hop Squares on VH1 and Nashville Squares on CMT, as well as the critically-acclaimed Netflix hit series Rhythm + Flow. In addition, she produced comedy specials Amanda Seales: I Be Knowin’ on HBO and Leslie Jones: Time Machine on Netflix. More recently, Dionne was an executive producer of CBS’s John Lewis: Celebrating a Hero, the Facebook Watch series Cardi Tries ______, the celebrated Netflix children’s series Bookmarks: Celebrating Black Voices, and a producer of the Pepsi Super Bowl 55 Halftime Show starring The Weeknd.  As EVP of content & strategy, Dionne oversees development & current production of JCE’s entire slate of unscripted & scripted content. Additionally, she continues to play a key role in the internal & external growth strategy of the company.