Harvardwood Presents Lane Bradbury: From GYPSY to GUNSMOKE and More 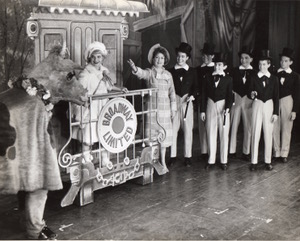 Broadway production of Archibald MacLeish's JB, where she was directed by Elia Kazan, and where she shared the stage with Raymond Massey, Christopher Plummer, and Pat Hingle.  She co-starred with Julie Harris in Marathon 33, where she was directed by June Havoc, whom she had played in Gypsy.  And she was cast to be the original Honey in Who's Afraid of Virginia Woolf? without even having auditioned.  At the time she entered the Actors Studio, Bradbury was the youngest actor Lee Strasberg had ever admitted.

In addition, Bradbury has over 65 credits in film and television.  She appeared on In the Heat of the Night, Gunsmoke, The Rockford Files, The Waltons, The Fugitive, Death Valley Days, Medical Center and many more. She was seen as well in made for television movies including The Outcasts of Poker Flat, Oldest Living Confederate Widow Tells All, and Another Part of the Forest.  Her film credits include Alice Doesn't Live Here Anymore and The Ultimate Warrior.  And she is the writer and, in part, a subject of the award winning documentary about abused women From the Midst of Pain. 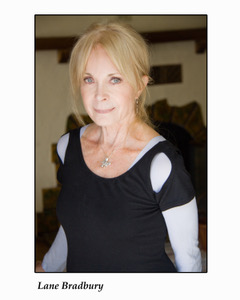 Lane Bradbury now has a cabaret show Let Me Entertain You . . . Again, which she has performed at venues including Don't Tell Mama and Feinstein's.  In addition to discussing her long career, Bradbury will sing several songs accompanied by her Music Director Joe Goodrich.

Lane Bradbury will be interviewed by Foster Hirsch.  Hirsch is Professor of Film at Brooklyn College and the author of 16 books about film and theater, including books on Kurt Weill, Woody Allen, Hal Prince, and Otto Preminger, as well as the classic study of Film Noir, The Dark Side of the Screen.

DRESS CODE: Business Casual is fine for the event itself, but if you are thinking of staying for dinner, JACKETS & TIES will be required for men. No denim, sneakers, or such.