Harvardwood is teaming up with our friends from the Harvard Law School Association of Los Angeles and Yale Law School students and alumni for an enjoyable, stress-free networking event! AND we'll be meeting in the beautiful Masters Lounge on the exclusive, guest-only top floor of Petit Ermitage, a boutique hotel in WeHo.

Studies have shown that business networking is the most powerful way to accelerate one's career and access new opportunities. However, most of us dread the word "networking"… but what if it were actually fun and engaging? Join this workshop and come experiment with new techniques and hacks for fun and efficient networking. The workshop will begin with a short presentation, followed by guided live exercises, and conclude with (optional) brunch for attendees who want to put their newfound skills to use right away! 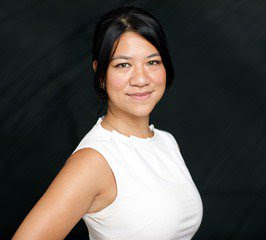 Tram Lai graduated from the HBS PLD executive program in 2016, after which she embarked on a year-long sabbatical that took her to 17 countries and led to the most interesting encounters. She participated in networking workshops in the US and France, and discovered that she had been looking at networking in reverse. Over the course of her sabbatical, Tram developed new networking techniques and hacks that have transformed not only her rolodex, but also her perception of fun.

Previously, Tram Lai was the VP of corporate development and strategy for Cinedigm, an independent film distributor, and an investment banker for Societe Generale in NY and London.

Special thanks to Adrian Ashkenazy and Petit Ermitage.