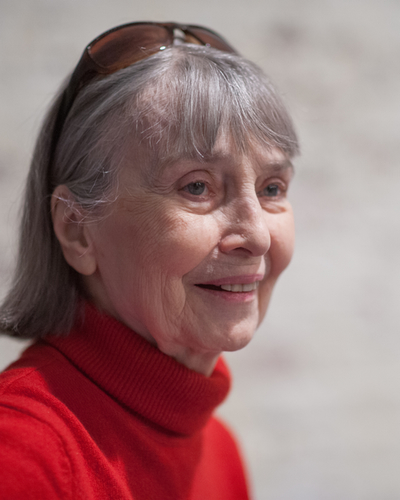 Gallagher first appeared on Broadway in 1946, in the corps of Seven Lively Arts.  Her first starring role on Broadway was in Hazel Flagg in 1953.  Her other Broadway credits include Brigadoon, High Button Shoes, The Pajama Game, Sweet Charity, Mame, Sugar Babies, Cry For Us All, and many many many others.  Her television credits include The Ed Sullivan Show, Another World, All My Children, and One Life to Live.  Today, at 92, she remains active as an acting teacher.

Helen Gallagher will be interviewed about her long career and the fascinating people she's worked with, by Foster Hirsch. Hirsch is Professor of Film at Brooklyn College and the author of 16 books on film and theater, including the classic study Film Noir: The Dark Side of the Screen, as well as Harold Prince and the American Musical Theatre, and, most recently, Otto Preminger: The Man Who Would Be King.

THIS EVENT IS NOW SOLD OUT!!