Join us for an interactive panel discussion on Wednesday, March 17th at 7pm EST (4pm PST) as Skye R. Regan sits down with Michelle Melanson, executive producer, and Margaret Lewis, media & entertainment finance lead at RBC, along with surprise guests, to discuss how to pitch and finance media productions. Learn about the differences between traditional networks versus SVODs, the benefits of co-productions versus co-ventures, and discover viable paths to funding your projects in Canada and abroad.

Resources will be provided to attendees. Please send your questions for the panel speakers, directly to: [email protected]. 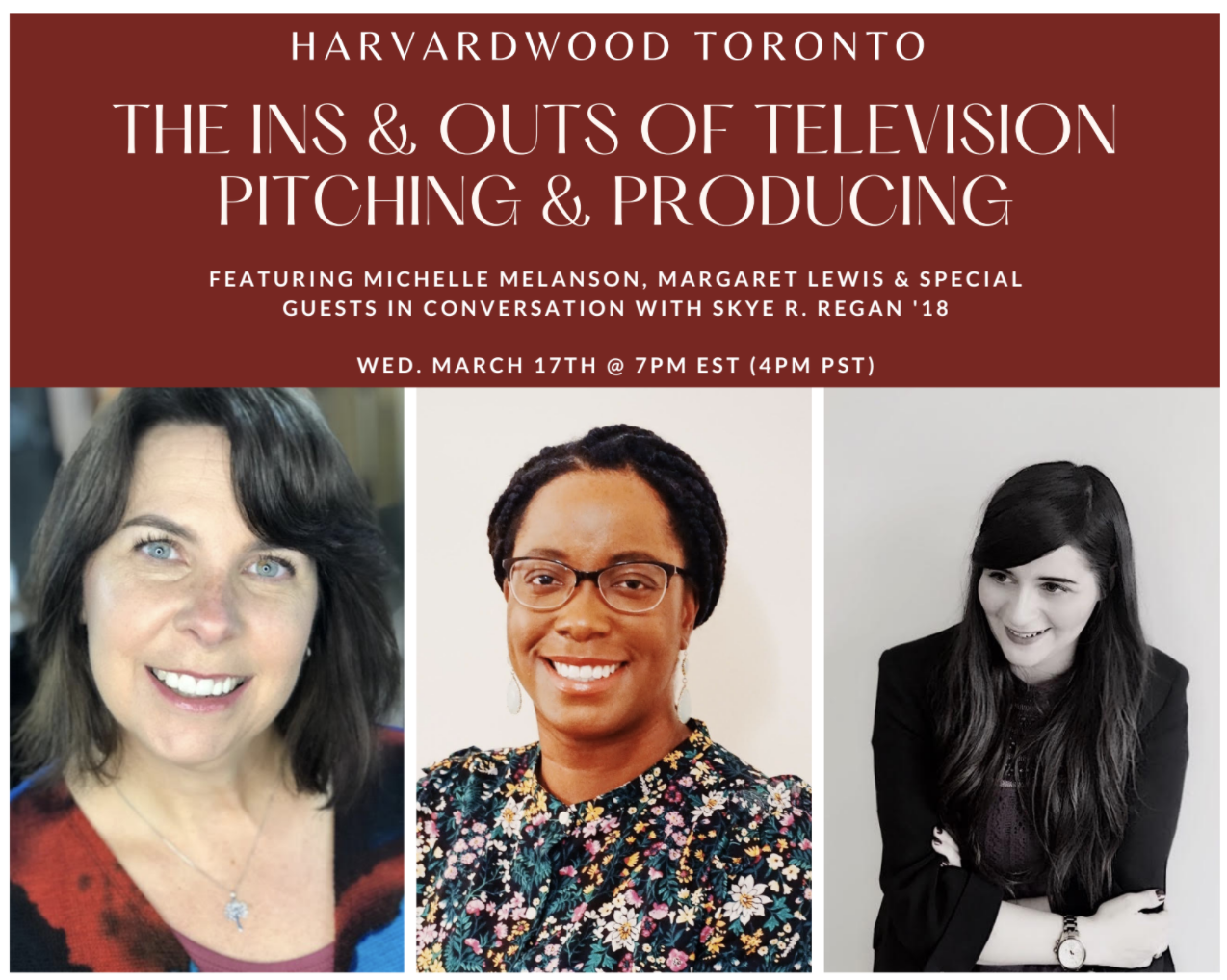 Michelle Melanson
Michelle launched Headspinner Productions with Showrunner and Husband Ken Cuperus. Prior to Headspinner, Michelle was President of Radical Sheep Productions - a Boat Rocker Media company, executive producing such shows as the worldwide hit The Next Step, as well as Fangbone!, The Bagel & Becky Show, Tee & Mo, Stella and Sam, The Yup Yups and Ollie The Boy Who Became What He Ate. Michelle has won the Canadian Screen award, the Grand Prize of the Youth Media Alliance, multiple Kidscreen Awards, and Cynopsis Awards. She also has a Juno Award for producing the Stella and Sam album. Michelle is also the Founder of Women Drawn Together - a free organization that fosters learning, networking, and mentorship for Women in the Animation community. In the past five years, the group has grown to 5 cities and over 1000 members. In 2019, Michelle was inducted into the Ryerson Radio and Television Wall of Fame.

Margaret Lewis
Margaret is a Canadian Entertainment & Media insider with a life-long passion for the industry and a strong business background. She holds an MBA from University of Toronto’s Rotman School of Management, where she served as the president of Rotman Entertainment Media Association (REMA). Her experience spans from early roles at TIFF and NBCUniversal to Business Operations at Corus Entertainment, where she worked to facilitate financing and licensing of Original Programming, as well as international distribution.

Most recently, Margaret joined the Media & Entertainment division at RBC (Royal Bank of Canada), which provides financing to Canadian Film & TV productions, as well as other businesses in the Entertainment space (e.g., live sports).Margaret is passionate about helping BIPOC creators bring their stories and vision to the screen. Previously, she had worked with CMPA’s Diversity Mentorship Program, helping independent producers prepare contracts and make informed development decisions.

Today, when she is not busy supporting clients at RBC, Margaret continues to provide help to independent creators, and is exploring opportunities as a producer, who is focused on making a diversity of voices heard in the booming Entertainment & Media space.