Bay Area Harvardwood members are in for a treat! Get to know Emily Mollenkopf, a Pixar Creative Development Associate, over an intimate dinner limited to just 10 attendees. THIS EVENT IS NOW AT CAPACITY.

The Harvardwood Salon Series gives attendees the unique opportunity to ask questions and engage in in-depth discussion with the featured guest in an intimate setting. Members: please log in to access the members-only registration link above. Attendees will cover their own food & drink at dinner. 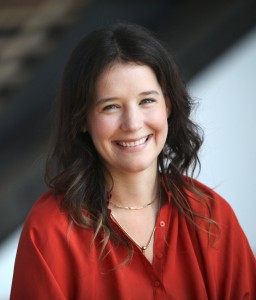 Emily Mollenkopf is the Development Executive at Pixar Animation Studios. Emily joined Pixar in 2011 as a story coordinator on Pixar's first TV special; Toy Story of TERROR! She began her career at G4 Television producing videogame-centric content for X-Play and Attack of the Show. As Development Executive Emily gives directors creative feedback as they begin the process of crafting their stories, helps to match them with screenwriters, and conducts research to help deepen the worlds of their films. She holds a BA from Swarthmore College and an MFA in producing from USC’s Peter Stark Program.