Explore the craft of game design in a sampling of content from the intensive Game Design Workshop, taught every year at the Game Developer's Conference in San Francisco. Looking at game design through three lenses—mechanics, dynamics, and aesthetics—you'll learn strategies behind an iterative approach to analyzing, critiquing, and improving games called the MDA Framework. In other words, you'll learn how designers make gameplay more fun, as taught by one of the pioneers of MDA, Jonathan Hamel AB '91 (Tomb Raider, Rise of the Tomb Raider).

LIMITED CAPACITY, SO RSVP BELOW AS SOON AS POSSIBLE. Masterclasses are only open to dues-current Harvardwood members. You must be logged in to the site to access the RSVP link below. Join or renew your membership. 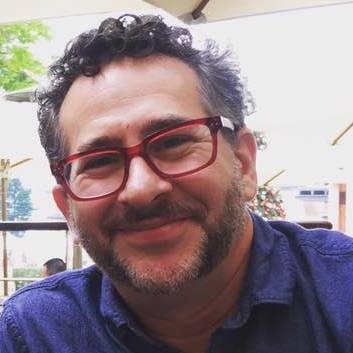 Jonathan Hamel is a veteran game designer with over 20 years of experience in entertainment and software development. He helped reinvent one of the most recognizable and commercially-successful game franchises in the world with his design leadership on the Tomb Raider reboot (2013) and its sequel, Rise of the Tomb Raider (2015). He has made children smile, launching over 100 games on SesameStreet.com. And he gave players new battle strategies to explore in The Lord of the Rings: The Battle for Middle-earth II: The Rise of the Witch-king. He recently worked as a Designer/Programmer on What Remains of Edith Finch, soon to be released from Giant Sparrow and Annapurna Interactive. He now works full time as Chief Game Designer at a VR company, EON Reality, Inc.

With Jennifer L. Holm, Jonathan is also the co-author of The Stink Files series: The Postman Always Brings Mice, To Scratch a Thief, and You Only Have Nine Lives, three novels about a cat who is a spy (published by HarperCollins).