Talent manager Aleen Keshishian describes her path through the entertainment industry to becoming one of the most highly respected talent representatives in the business. Some of her clients include Jennifer Aniston, Selena Gomez, Paul Rudd, Mark Ruffalo, Jason Bateman, Gwyneth Paltrow, Laura Linney, Orlando Bloom, Josh Gad and Justin Theroux, to name a few. She’ll explain her transition from New York to LA and the dedication she has to her work, family, and personal goals. 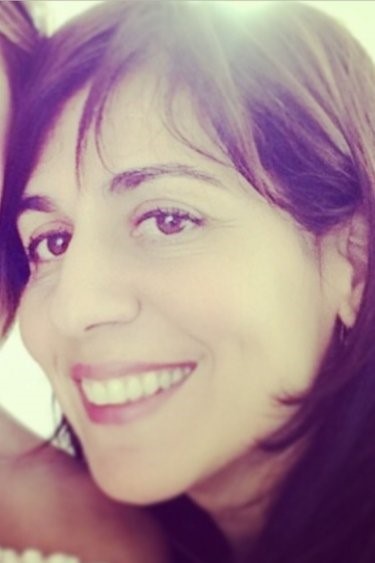 Keshishian knows a thing or two about managing stars from the very beginning. Her 1st client was Natalie Portman (before she came out as the precocious star of THE PROFESSIONAL). Keshishian put Darren Aronofsky together with Portman to collaborate on BLACK SWAN, the film that earned Portman an Oscar for Best Actress.

Four years ago, Selena Gomez asked Keshishian to be her manager overseeing her music, film, and branding career. Since then, her singles “Good For You,” “Same Old Love,” and “Hands to Myself” hit #1 on radio and Gomez became the highest-selling female artist of 2015. Her album REVIVIAL transitioned Gomez from Disney household name to global superstar. This year, Gomez released the hit single "It Ain't Me" and critically acclaimed records "Bad Liar" and "Fetish." In addition to guiding her music career, Keshishian helped Gomez nab 6 films including Woody Allen's latest and helped negotiate record breaking deals for Gomez with Puma & Coach and campaigns with Luis Vuitton, Pantene, Verizon, Coca-Cola, and Apple.

In 1993, Keshishian was hired as an agent at ICM in New York where she spent 6 years under the tutelage of the legendary Sam Cohn. In 1999, she made the transition to management, and was hired to run the Talent Department at Artists Management Group (which was bought out by The Firm in 2002). She joined Brillstein Entertainment as a partner in 2005 and left in 2016 to be the founder and owner of her own company, Lighthouse Management & Media.

Married to her Harvard classmate, Kit Troyer (a criminal defense attorney), Keshishian lives in Hancock Park with their two children, Lulu and Jesse.

NOTE: Harvardwood is instituting a new late-arrival policy. Those who arrive over 15 minutes past the event's listed starting time will not be admitted. THIS EVENT WILL BEGIN PROMPTLY AT 5:00PM.