Posted by Harvardwood 29475HC on
WHEN
December 11, 2017 at 7:00pm - 9pm
WHERE
Location to be given upon confirmed registration
Cambridge, MA
United States
Google map and directions
CONTACT
Adam Pachter ·

Come learn about the ins and outs of film financing from Vinca L. Jarrett, an entertainment lawyer and president of FilmProFinance, a financial consulting service for investors and producers. Vinca will talk about what it takes to get movies financed and the role of state film tax credits. 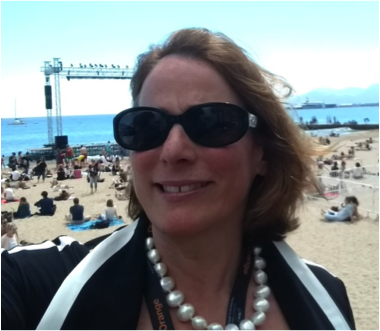 Vinca L. Jarrett, Esq. is an entertainment lawyer and president of FilmPro Finance, a financial consulting service for investors and producers for funding one-off films and building film slates. She is currently writing the non-fiction work SHOW ME THE F#©K!NG MONEY (SMTFM): HOW TO INVEST, RAISE AND RECOUP MONEY IN THE FILM INDUSTRY, and launched the TV web series of the same name in 2014 in which she interviews A-list financiers, distributors, bankers, investors, attorneys, casting agents, and producers from around the world. SMTFM can be watched at www.showmethefkingmoney.tv.

Vinca has worked on slate financing deals with investment banks including CIBC, West LB, Bank of America, Merrill Lynch and ICB to introduce financiers to top tiered producers with A-list packaged projects for slate and one-off financing. Her top tiered clients have included Cosmic Entertainment, APG, Icon, Focus Films and the producers of Catch Me if You Can and I Robot. Filmpro has served as the holding company for financing distribution of studio films that include DIE HARD 4, THE DAY THE EARTH STOOD STILL, and ALIENS VS. PREDATORS. Most recently she executive produced SWING AWAY starring Shannon Elizabeth and John O’Hurley, which released in fall, 2017 theatrically in the US. She is legal counsel to producers for the Atlanta based thriller ANATHEMA, the Canada-Mexico co-production THE DUCHESS OF CANCUN, Native American narrative drama SHE SINGS TO THE STARS, and the US-British Co-production DON’T STOP ME NOW based on the Bafta Award Winning feature documentary, The Boy Whose Skin Fell Off.

She has advised and given strategic guidance to investors and producers for nearly 20 years on films that include PEACE, LOVE AND MISUNDERSTANDING which premiered at Toronto International Film Festival (TIFF) in 2011 directed by Bruce Beresford, starring Jane Fonda, Catherine Keneer and Elizabeth Olsen; THE PERFECT GAME directed by William Dear, starring Clifton Collins Jr., Cheech Marin and Moises Arias, released theatrically in April 2010; THE FOURTH KIND starring Mila Jovovich and Will Patton, which released in Fall 2009 and surpassed $70M in worldwide profits, and which she is also a co-executive producer; DISAPPEARANCES directed by indie veteran Jay Craven starring Kris Kristofferson and Luis Guzman in 2007; THE CAVERN, a horror feature released by Sony Pictures in 2006; THE STRANGLER’S WIFE, a Roger Corman film distributed worldwide in 2003; and THE RISING PLACE directed by Tom Rice (producer of The Way, Way Back starring Steve Carell and Toni Collette), starring Frances Fischer, Frances Sternhagen, Tess Harper, Gary Cole and Liam Aiken in 2001. She has also counseled numerous documentaries including THE STRANGE NAME MOVIE produced by award winning director Richard Tilkin due to release worldwide in early 2018, FAR OUT ISN’T FAR ENOUGH: THE TOMI UNGERER STORY, which premiered at TIFF in September, 2012 and released theatrically in the US; WITCH HUNT, narrated by Sean Penn which premiered at TIFF in 2008, and sold at AFM to NBC Universal airing nationwide on network television in 2009; MISSION TO MATRIMONY about the legalization of gay marriage which screened at HBO; THE SURGE by Deborah Scranton shown on PBS’s Frontline in 2008; TOUCHING THE GAME: ALASKA which completed in 2009 following the successful release of TOUCHING THE GAME: CAPE COD which aired on the WB in 2004/2005.

Vinca also has worked extensively in theatre, including raising finance and associate producing for the Off-Broadway Play 5 LESBIANS EATING A QUICHE, which ran in 2012 at the Soho Playhouse and opened in summer 2013 in Provincetown, produced by Tony Award winning producer John Pinckard (A Gentlemens Guide to Love and Murder, Clyborne Park, American Idiot); and Off-Broadway hit FREUD’S LAST SESSION, which ran successfully to rave reviews in New York, LA and Sydney. She is counsel to leading U.S. art house cinemas, the COOLIDGE CORNER THEATRE FOUNDATION in Brookline, MA and RENEW THEATRES in Pennsylvania and New Jersey. She has represented several tax credit jurisdictions including Puerto Rico, Louisiana and Arizona, and assisted to create the first film tax credit in Massachusetts, and helps clients to finance and recoup projects using tax credits nationwide.

Vinca co-chaired the prestigious BLOOMBERG INTERNATIONAL FILM & TV FINANCE SUMMIT for more than a decade held bi-annually in NY and LA. She speaks around the world on film finance addressing investors, financiers and industry professionals, and has appeared as a featured key note speaker and on panels at Cannes, Berlinale, TIFF, Turks & Caicos International Film Festival, Savannah Film Festival, ITVFest, and at festivals throughout the United States. She designed, developed and taught classes called “Film Industry” and “Creative Producing” at Boston University’s College of Communications on financing and distribution independent film and television, and regularly guest lectures around the country at universities that include Harvard University, MIT, Boston University, Emerson College, Boston College, UCLA, SCAD, NYU, and NY Film Academy.

Vinca is a regularly featured expert in the news, most recently featured in Deadline Hollywood as the curator and moderator of the ITV Fest panel, The Elephant in the Room featuring Bobby Farrelly on the Harvey Weinstein epidemic; on CBS (2016 and 2015) on the Massachusetts film tax credits, as well as NPR’s All Things Considered (2011) on the economic relevance of film incentives; Fox Business News (2010) regarding studio financing; and is featured in several film industry periodicals. She is on the Board of Directors of INTERLOCK MEDIA, a documentary film non-profit organization, and on the Board of Advisors to COMPANY ONE, one of Boston’s Best Theatre Companies and recipient of numerous Elliot Awards, and the ITV FEST, the U.S.’s largest independent television festival now in its 14th year. She has served as Chairperson of the Arts & Entertainment Committee of the Boston Bar Association, been a member and Board Chair of ImprovBoston, and been a Board of Advisor to the Golden Trailer Awards.

Prior to entering the entertainment field in 2000, Vinca served for more than a decade as an environmental litigator on behalf of the U.S. Virgin Islands, the Massachusetts Department of Environmental Protection, and the NY Attorney General’s Environmental Protection Division, prosecuting and negotiating Superfund and wetland cases. A native New Yorker, hailing from Manhattan and Roslyn, whose extended family is based in Los Angeles, she currently resides in Boston, Massachusetts. Please see www.filmprofinance.com and www.vincajarrett.com and www.showmethefkingmoney.tv for more information.