Advance registration is REQUIRED. No tickets will be sold at the door. IF YOU REGISTER AFTER 3 PM ON THE DAY OF THE EVENT, BRING YOUR E-MAILED REGISTRATION CONFIRMATION WITH YOU!

The doors will open at 6:30 pm and the evening will begin with a reception with wine. The talk will begin promptly at 7 pm. 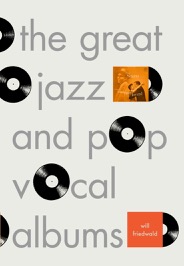 They were not just entertainment—the great classic jazz and pop albums were works of art where the songs, wonderful as they were individually, interacted to make something grander than just the songs themselves. The singers were some of the best loved artists of their times—Frank Sinatra, Judy Garland, Louis Armstrong, Ella Fitzgerald, Tony Bennett, Nat King Cole, Peggy Lee, Ray Charles, and more and more and more.  And in his new book, The Great Jazz and Pop Vocal Albums, Will Friedwald analyzes and celebrates 57 of these American treasures. In his talk, Friedwald will discuss a handful of these, with video and audio demonstrations.

Advance praise for The Great Jazz and Pop Vocal Albums has been euphoric. Doris Day writes, "Will Friedwald's thoughtful analysis and insight into the background and nuances of the music . . . make each song a more enriching experience for casual listeners and music afficionados alike.  I'm honored to be included and grateful to Will for keeping the American Songbook and jazz classics relevant for generations to come." In a starred review, Publishers Weekly wrote, "With verve and an infectious love of music, jazz critic Friedwald tells the stories of 57 jazz and pop albums that have become benchmarks . . . His passionate description of each album in this indispensable guide will drive readers to listen to the albums once again, or for the first time." And, in another starred review, Booklist called it "Absolutely indispensable . . . A magnificent achievement." 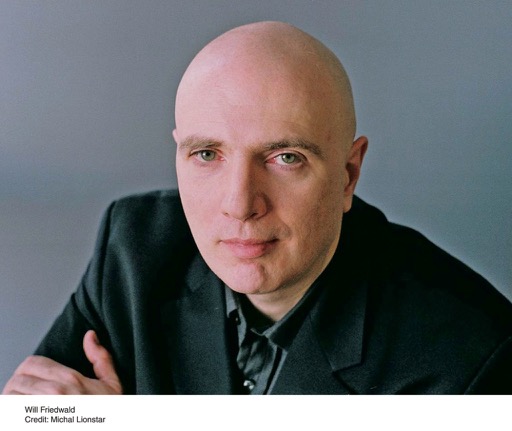 Will Friedwald is widely considered the leading authority on the classic American jazz and pop singers. His Sinatra! The Song is You is a definitive study of Sinatra's art.  He co-authored Tony Bennett's memoir The Good Life. Friedwald's other books include A Biographical Guide to the Great Jazz and Pop Singers, Jazz Singing: America's Great Voices from Bessie Smith to Bebop, and Stardust Melodies: The Biography of 12 of America's Most Popular Songs. Friedwald writes about music for The Wall Street Journal and was jazz and cabaret critic for The New York Sun. He has written liner notes for almost 500 CDs, for which he has received eight Grammy nominations. He has also written for Vanity Fair, The New York Times, and many other publications.

Friedwald's book will be available for purchase, and a booksigning will follow the event.

The event is all the way West on 27th Street, between 11th and 12th Avenues. The entry to the Gallery is behind glass doors with GRIMSHAW written on them, directly across from the entry off of 27th Street.

Special thanks to Grimshaw Architects for providing the space.
Special thanks as well to Andy Goodwin and the Plymouth Hill Foundation.