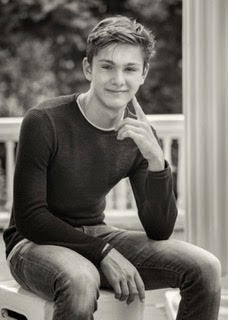 Join us in congratulating Luke Gardiner, currently a junior at The Hotchkiss School! The aim of the Harvardwood Prize is to recognize and celebrate the artistic accomplishments and potential of high school students who exemplify our mission. Given Harvard University's robust arts communities and arts education opportunities, the Prize is meant to encourage high school students to apply to Harvard College and is awarded annually to a high school junior (rising senior) who will apply for admission to Harvard in the upcoming fall and who has demonstrated excellence in their dedication to the arts, media, and entertainment and its power to enact positive social change.

Luke Gardiner is a writer, director, producer, and editor whose love for film began in fifth grade when he created his first film for submission to the Montclair Film Festival Emerging Filmmakers Competition; his films Dominoes and Imperceptible were awarded the Grand Jury Prize in their categories of the competition in 2015 and 2017 respectively.

Luke, now a junior at The Hotchkiss School, has always challenged himself as a student, person, and artist. At Hotchkiss, Luke has seized the many opportunities offered by studying with a diverse peer group and learning from a dedicated faculty. He was awarded the Photography Book Prize in 2018 and 2019 and has served the community through class counsel, acting as a proctor in a dormitory and leading the Hotchkiss Film Club and GSA (Gender-Sexuality Alliance).

Luke is a well-balanced member of his community but acknowledges that his passion lies in filmmaking. Working with his film teacher Ann Villano, Luke has studied film and created two pieces: Underneath My Skin and Burning. Underneath my Skin, which won the top prize at the Hotchkiss Film Festival in 2019, follows a boy who experiments with makeup. Burning, which was recently completed, explores the destructive nature of microaggressions towards the Jewish community.

In addition to Luke's short films, for the Hotchkiss 2019 spring production of 1984, Luke wrote, directed, and edited ninety-four minutes of propaganda footage used during the show. This experimental project won a Halo Award for Best Special Effects. For the Hotchkiss 2020 winter production of The Tempest, Luke delved into animation to create a special effects vision for the show. Outside of Hotchkiss, Luke has assisted documentary filmmaker Tom Piper with his recent projects and worked as a production assistant on the indie film Songs For a Sloth.