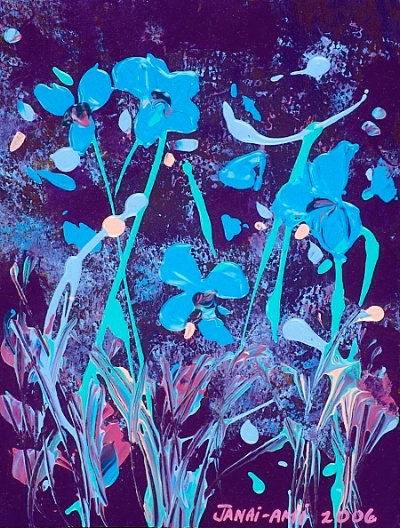 Curly Tail
8 x 10 Acrylic on Wood
In Memory of my dog, Curly Tail
Copyright 2006 Janai-Ami
Private Collection of the Artist

Curly Tail and about a dozen other 8 x 10 Acrylics were done in October 2006 when I was living in Malibu. I did them in memory of Casey Bear and Curly Tail, both of whom died in August 2006. I had adopted Casey on January 29, 2005 and her brother, Curly Tail, shortly thereafter on February 23, 2005 from a shelter in Providence, then drove with them back home to California. They were both elderly when I adopted them, reportedly nine years old.

When I first met Casey and Curly, you could tell immediately how loving and well behaved they both were - but their family of nearly a decade didn't have time any more for either of them and left them at a city shelter to either live out their lives in the small cages with the hard cement floors, be separated not just from the only family they had ever known, but also from each other - or be euthenized if nobody cared to adopt a pair of nine year old dogs.

The Night of Red Jazz

This painting the Night of Red Jazz was exhibited at a surrealist art show in Paris. 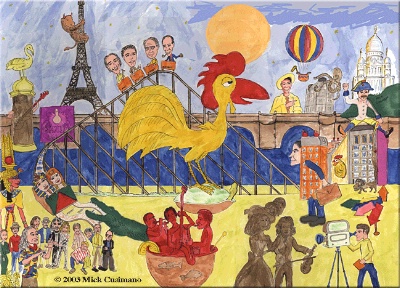 Artists for Oceans and Animals (AOA), a creation of several Harvard artists, is selling quality art and music to protect oceans and rescue animals. Check out the on-line catalog.http://www.sydneysthumb.com/catalog.html

Perfect for Christmas gifts — a beautiful gift that will make a difference. 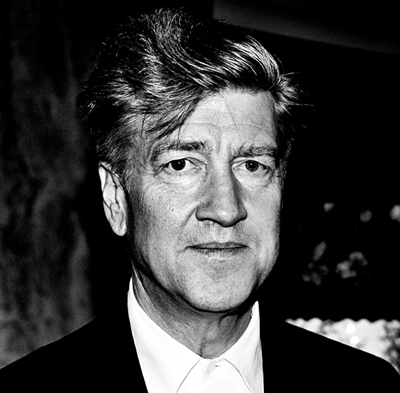 To see more samples of my work, check out my website, www.bodrog.com 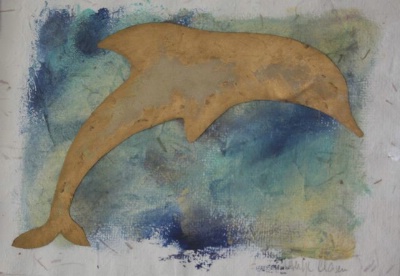 Previous exhibitions of my art: