Seeds of a Nation - A Documentary

Due to increased sensitivity of Peter’s situation since his arrest, public updates will not appear on this page; contact the team directly with any inquiries.
A private link to a 13-minute sample can be requested to [email protected].

This is to inform the citizens of South Sudan and international community that Peter Biar Ajak, founder of Red Army Foundation and the Chairman of South Sudan Young Leaders' Forum (SSYLF), was arrested  today at 8:00 am, July 28th at Juba Airport, where he was on his way to attend Red Army Commemoration Day. We have received information that he is being detained at ‘Blue House' by the South Sudan National Security Service. The charges and the motive for his arrest are not yet known. We, the concerned family members, urge the arresting authorities to respect his rights and liberties and strongly call for his immediate release.

What happens when a South Sudanese “Lost Boy” whose life has only known war decides enough is enough? Against the wishes of his President, child-soldier-turned-Harvard-graduate Peter Biar Ajak gathers 12 other youth from warring tribes to jointly demand peace in the world’s youngest nation.

CONTRIBUTE TO SEEDS OF A NATION 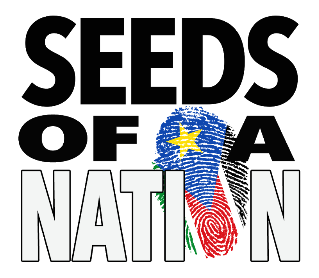 South Sudanese “Lost Boy” Peter Biar Ajak (34), whose life has only known war and flight, decides enough is enough. Against the wishes of his president, he galvanizes young leaders from warring tribes to bring peace to his beloved homeland. Upon Peter’s appeal, a dozen “seeds of a nation”—young men and women, with diverging political beliefs, professions, and personalities—drop everything for five weeks and gather to start a youth movement to end the conflict.

Who is Peter Ajak? 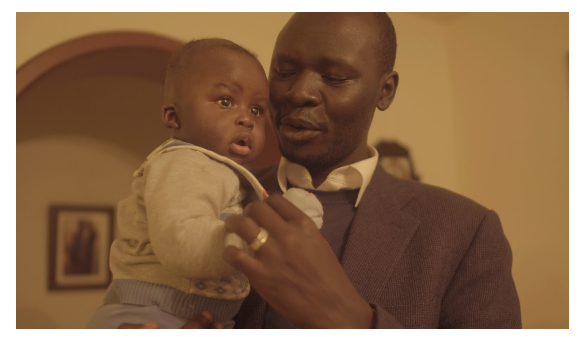 When Peter was 7, the Nuer tribe attacked his Dinka village. He was separated from his family. One night, in an Ethiopian refugee camp, Peter and a few other boys were playing in the outskirts of the settlement. Upon hearing booms, they laid down and covered their heads as they’d been instructed. When it was quiet again, they went back. No one alive remained. Soon after, Peter was recruited by the Sudan People’s Liberation Army and received military training.

In 2001, Peter became one of 3,000 Lost Boys who were offered refuge in the United States and arrived in Pennsylvania. Speaking no English and years out of formal schooling, he took a job loading and unloading packages with UPS. He managed to gain admission to LaSalle University in Philadelphia.

Peter, now a Political Science PhD candidate at Cambridge University in the UK and already an established voice on South Sudan in international media, is embarking on his most ambitious aspiration yet: the seemingly impossible task of reconciling hostilities amongst the fighting tribes of his country. He is targeting the youth (defined as age 18-35), who make up a staggering 70% of the South Sudanese population.

Peter embodies, in some sense, his vision. He fell in love with and married a Nuer—the very tribe which attacked his home village. They now have two young boys.

Catherine Lee is an award-winning filmmaker and humanitarian worker with experience in 18 countries across Africa, Asia, and the Americas. She dedicated her studies at Yale and Harvard universities, and a decade of professional work, to what she considers global injustices. Increasingly indignant that projects would fail for lack of moving hearts and shaking prejudice, she left the world’s premiere international development organization to storytell via the medium she considers most compelling, motion picture. 9at38, her newly completed directorial debut about a violinist’s effort for a first joint concert between North and South Korea, is featured on The Atlantic and was an official selection for Tribeca Film Festival as well as screened at the United Nations in Geneva. Catherine has also produced award-winning work for European and Asian TV and digital broadcast outlets. In addition to filmmaking, Catherine currently consults to UNICEF in East Africa as an impact measurement specialist.

T.R. Boyce, Jr. is an award-winning producer who has worked globally on sets with some of the best filmmakers in the world; from Steven Spielberg to Mike Nichols, from Frank Marshall to Scott Rudin. An IFP Filmmaker Alumni, TAP Fellow and a TFI All-Access Alum, Boyce first put his experience to work producing shorts including the Chrysler Million Dollar Film Festival winning “Gabriel Y Gato.” In 2013, Boyce completed his first feature, “The Forgotten Kingdom,” a foreign language drama set in Southern Africa that won numerous awards including three Africa Movie Academy Awards. His second feature “Amira & Sam” was released in 2015 by Drafthouse Films and his latest, “The Yellow Birds,” premiered in competition at Sundance 2017 and is scheduled to release nationally in April 2018. His new short documentary, “9at38,” is featured on The Atlantic and was an official selection for Tribeca Film Festival. In addition, he has two new narrative films, “Adams Apple” and “Recess,” and a feature documentary, “Ann”, in development.

CONTRIBUTE TO SEEDS OF A NATION