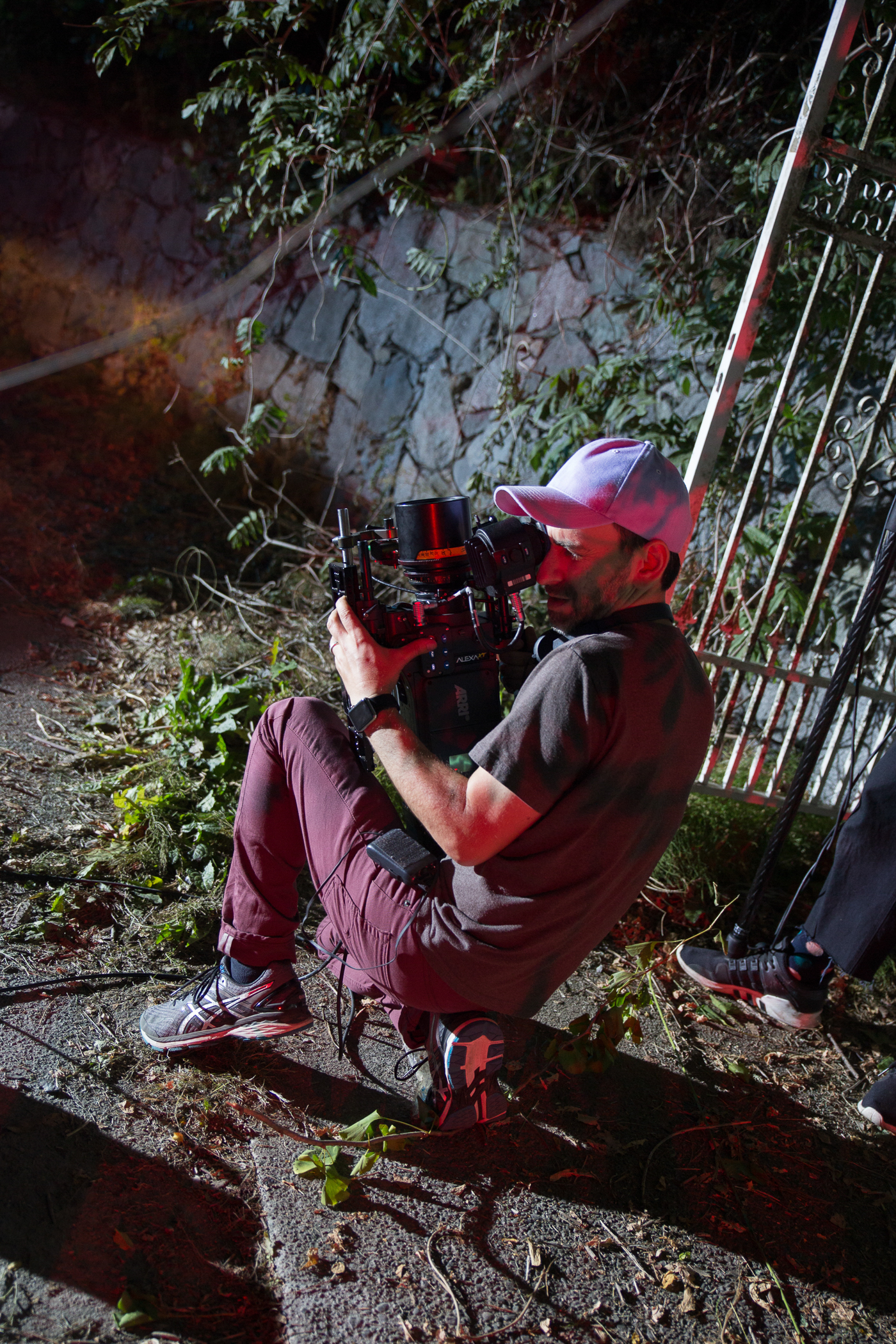 Adam B. Stein AB ‘99 is a writer-director-producer who broke into directing as a contestant on FOX’s On The Lot, a reality-style filmmaking competition produced by Steven Spielberg. There, he met his collaborator Zach Lipovsky. Together, they co-wrote and co-directed Freaks, which hits theaters on September 13th. They also co-directed Disney’s live-action Kim Possible and received an Emmy nomination for directing Disney’s Mech-X 4. Adam has an MFA in directing from USC, has had his screenwriting recognized by the Alfred P. Sloan Foundation and the Humanitas Prize for New Voices, and has directed commercials for multiple Fortune 500 brands.

Q. Harvardwood profiled you in 2007, when you had just finished film school and starred in On The Lot. Looking back, would you do film school again? Did it lead to On The Lot?

A. I probably wouldn't do it again. On The Lot wasn't related. The two best things I got [from film school] were the practice making films and the peer group. I started doing these 48-hour competitions, making films in 48 hours. I learned so much, because you have to solve problems on the fly—there isn't perfectionism. I did that to forge a community. You don't really need film school, but my parents were on my back, so a grad program seemed more official. If I did it over again, I would just make lots of films and form a peer group of people who were making films.

Q. Where did On The Lot take you next?

A. After that we got agents, and I started paying the bills as a director for the first time, doing commercials. A few years later, I got a job at Jimmy Kimmel where I would do basically 48 hour films – or, really, 24 hour films. You show up in the morning, you have no idea what you're doing that day, you get handed a script, then you cast it, shoot it, edit it, and it's on the air that night.

Q. On The Lot is also where you met Zach Lipovsky, who co-wrote and co-directed Freaks. Did you have an immediate "I want to make films with him” reaction? 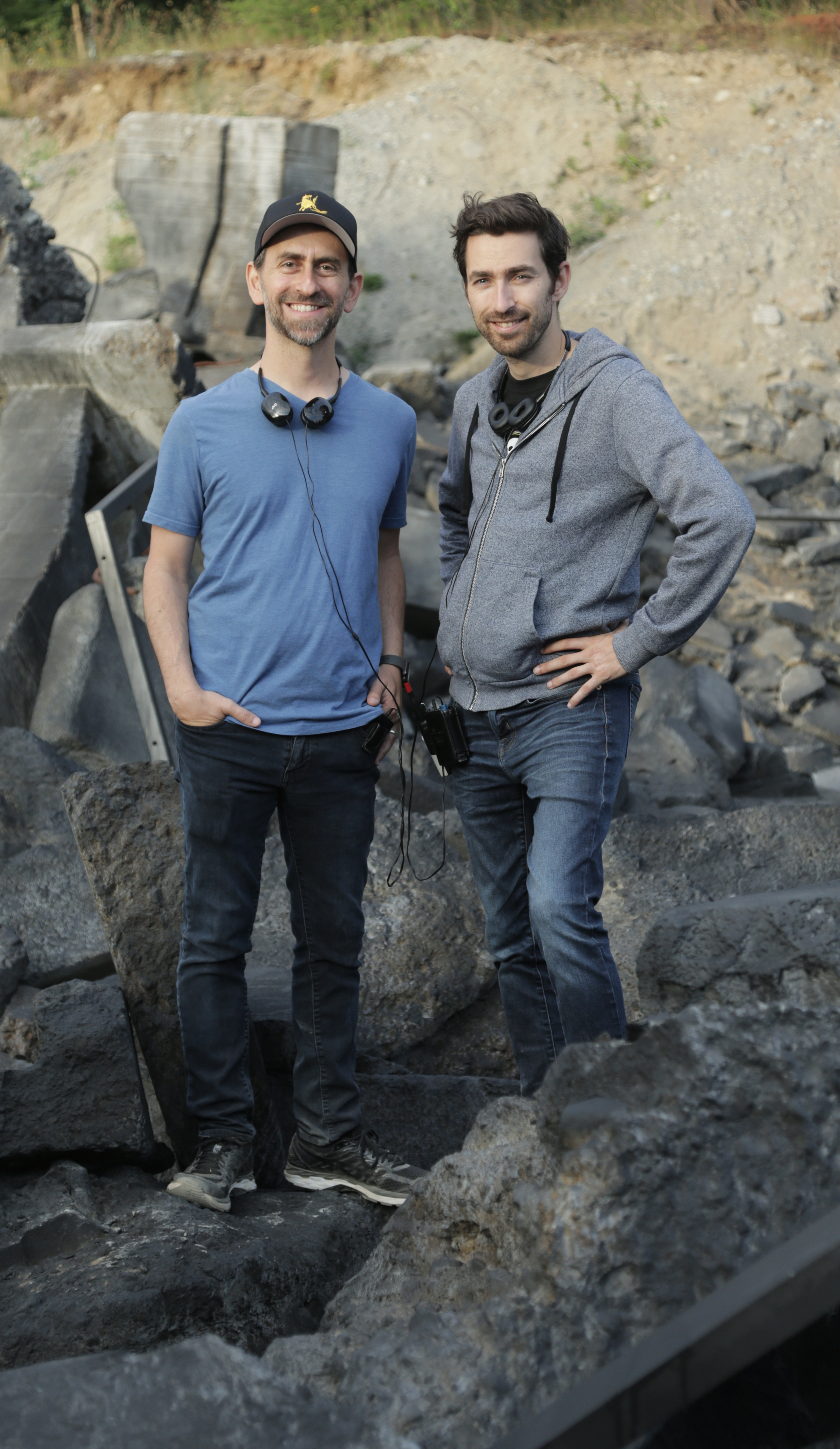 A. Randomly, we were put in the same room together on the first night. I think the people who had cast the show felt like we'd get along, and we ended up helping each other on each other's stuff. It's not like we finished and were like "we're going to make everything together,” but we knew we were kindred spirits. We came out being best friends but not co-directors.

Q. Was there a moment when you felt like "I've made it?”

A. Never. My sister actually visited LA right after I got the Kimmel job and was like “You’re at Kimmel! You’re in the DGA! You've made it!" and I was like no, I have not made it.

Q. Before Kimmel, you made a parody of SNL’s “Lazy Sunday” called “Lazy Monday” that went viral—did it lead to anything? Did it make you consider doing more comedy shorts?

A. Ha, we made that right before the reality show. That was at the dawn of YouTube—this is how old I am. It was like the most popular thing on YouTube for a couple of days. Our biggest mistake was not making more comedy shorts. We could have become YouTube stars. At the time we were so focused on Hollywood that we tried to take that video and go pitch comedy shows around town, but none of them went anywhere.

Q. You wrote that parody, Freaks, a bunch of fun shorts for On The Lot that are now on your Vimeo, and won a screenwriting prize. Was writing ever your main goal?

A. No, when I was starting out I knew I needed to try everything. I was always writing. I learned a lot. I probably wrote 3-4 scripts that didn't get made. I also, through my agents, was getting attached as a director to projects. [But] they never ended up getting made. The same thing with my scripts—people got excited and then they didn't get made.

Q. And that led you to Freaks?

Q. Did you have a budget for Freaks?

A. We thought, we'll do this for no money if we have to. Then people offered us a little money. So we used that money to hire a casting director and send it out, and Bruce Dern was the first person who responded. That got more investors interested. Then we had an investor a few months before shooting who said, ”We'll give you $300k, but we want the money to go to an A-list actor.” We talked, but then realized that will derail this train, so we said, “Sorry, can’t take it.” We had a date, a crew, and we were going.

Q. And somehow you ended up directing a bunch of projects for Disney at the same time.

A. We started writing the first draft [of Freaks], then Zach got a job directing a Disney pilot. He hired me to be the other director, and we worked on two seasons of [Mech-X 4] together. We learned about working at a bigger budget, and then we would work on Freaks on hiatuses. I directed another pilot for Disney in the meantime, so now I was finally feeling like "I don't know if I’ve made it, but I'm getting good work directing.”

Q. Did you think have high expectations when you were writing Freaks?

A. What's happened has exceeded our expectations. We were thinking, "Oh my god, I hope we can finish" because we don't have enough money. It was like making a 48-hour film but shooting for 20 days. People were always quitting, locations were falling through, cops shutting down this or that… We didn't think it would change our careers; we just wanted to make this movie.

Q. Was this before or after you and Zach directed the live-action Kim Possible?

A. We hadn't finished editing Freaks when we got that job. It was very surreal because we went to a $15 million budget and suddenly we had trailers. It was a different world, but a lot less creative control. That was a job with politics, of trying to sell your ideas to all the stakeholders. 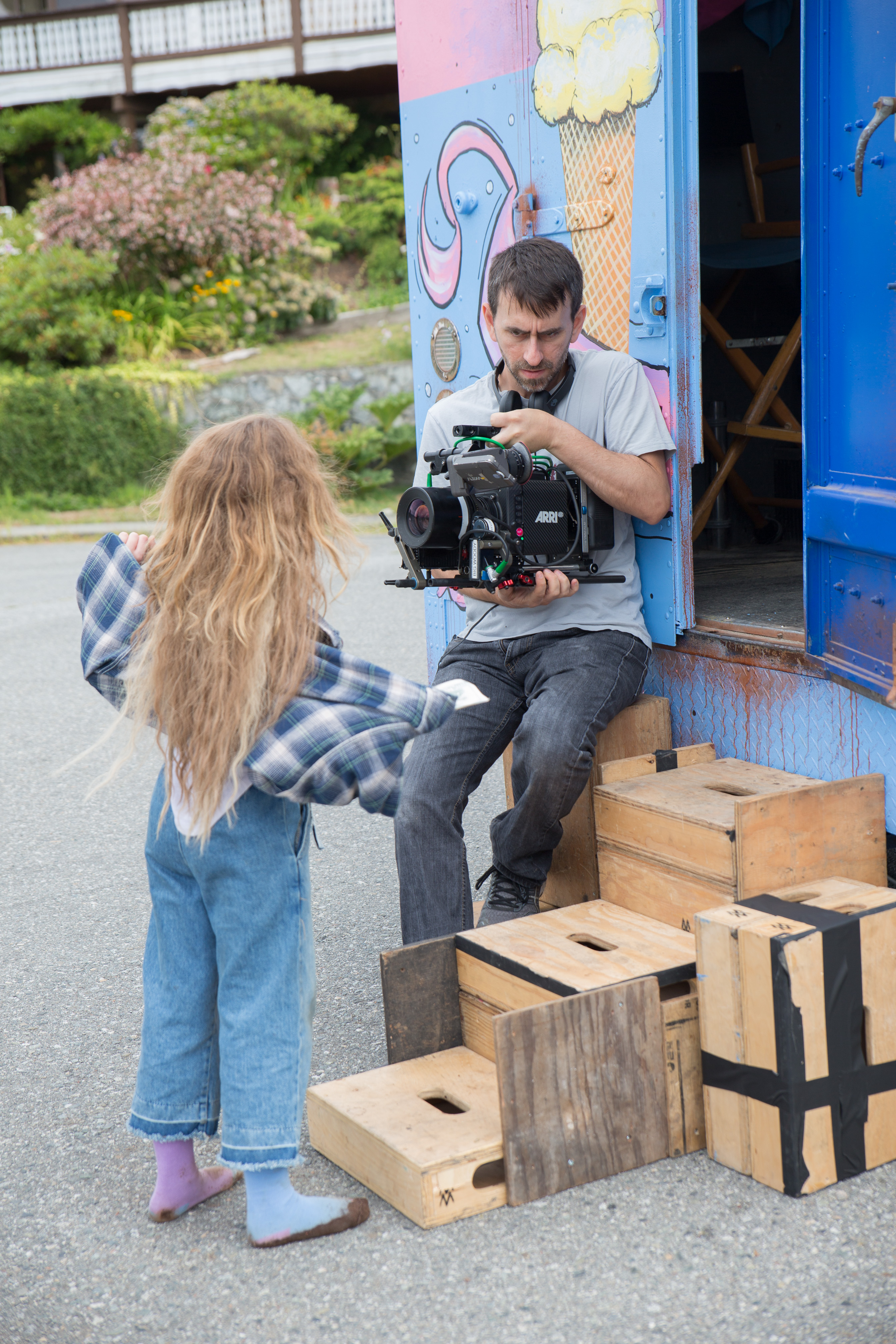 Q. Both the leads of Kim Possible and Freaks were young actors having their major debuts; were there similarities in the way you directed them?

A. We had all this experience directing kids on Mech-X 4, so we had strategies for working with kid hours. And one of the most rewarding parts of Kim Possible was the three [co-stars] became best friends. It reminded me of high school theater. That energy is what I love to create on set: we're all in this together putting on a play. It was so fun. I remember the mentors I had—to be that for them was so rewarding.

Q. Who are those mentors that you’ve had throughout your career?

A. My high school drama teacher gave me the bug. He treated us like peers, and it was the first time I thought, “Wow, I do have something to contribute." At Harvard, it was my peers [rather] than any teachers. People I worked with on HRDC productions. Let's Go was also important: I ran hiring, and it taught me how to manage and inspire people, which is a huge part of directing.

Other mentors—the people I freelance edited for, like Miguel Arteta and Michael Lehmann, were huge. I look up to Steven Soderbergh. He has this book called Getting Away With It, a sort of journal from the midpoint of his career. He thought he'd never work again, and it's very relatable. Then he comes out of it. You have to have the dark days you hang on to.

Q. Did you have a “dark days" period?

A. All the time. Yes. Every day? You feel like there's this ladder you're always climbing, and you're never where you want to be. One of the things I've realized is that can lead to a lot of unhappiness, that ladder, because you never feel okay. I think the key is to glance down the ladder occasionally and see how far you've come, and to just enjoy the process of climbing the ladder. "This feels good! I love climbing!" Those are mindsets that are much healthier.

Q. If you looked down that ladder, is there anything you'd advise your past self?

A. I’d advise myself to do this sort of indie movie sooner. I was going out for big movies and getting them and feeling like, "Oh wow, I got picked," and then it never happened. I think you get there a lot faster by the entrepreneurial "just do it yourself.”

Q. Do you have any upcoming projects you’re allowed to talk about?

A. We've been very lucky in the last year; we've been offered some opportunities that are hard to pass up. There's a movie that will be announced soon that Zach and I pitched and Universal bought. We'll be hired to write it, and if it gets made, hired to direct it. What's cool now is we're being seen not just as directors, but also as writers, so now we can create our own stuff.

Q. What’s your advice to someone who wants to be a creative in the entertainment industry?

A. One piece of advice I heard was, "if you could imagine yourself being happy in any other industry, do that.” I'm sure you've heard that. [This] requires an immense amount of perseverance. There will be many days and years when you feel you're not getting anywhere.

I feel like I can probably make a living at this in the next few years, but it's pretty much the only time I've felt that security in the last 20 years since I graduated. It takes a long time, potentially. Some people have success right away. But prepare yourself mentally and try everything you can. Constantly be making stuff. If you've got a day job and you're an assistant and you're meeting people that way, that's great. And on the weekends, make your films. Write your scripts. It's a seven-day-a-week job, even if no one's paying you.