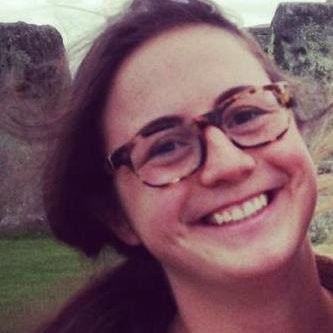 Anne Sawyier is a coordinator on the TV Team at Verve Talent & Literary Agency. Born in Chicago, she earned her AB in art history and Arabic at Harvard, an MSt from Oxford in art history, and an MFA in film producing from the American Film Institute. She focuses on literary and international talent. To learn more about Anne’s role at Verve, you can watch our recording of the Q&A session we held with her and partner Amy Retzinger HERE.

Q. How was your undergraduate experience at Harvard?

A. I loved it! I came in thinking I wanted to be a doctor on the Model UN team, and ended up a theatre kid with a degree in art history and Arabic so…filled with self-discovery.

Q. How did you feel Harvard prepared you for graduate school?

A. Academically, great; for dealing with boots-on-the-ground producing elements of an AFI degree, less so, but I also wasn’t expecting that from Harvard.

Q. How did you decide to pursue a career in entertainment?

A. Realizing that people worked on the TV shows and movies I watched all the time, then doing Harvardwood and learning the different ways I could fit into the business.

Q. What led you to Verve?

A. I studied art history at Oxford after Harvard, then moved out here to go to AFI. I realized I wanted a more office job than on-set job, and worked at Anonymous Content, Skydance, and Annapurna. I then realized that I wanted to move on from producing and that my favorite part of the process was matchmaking between a creator and piece of IP, and I was fortunate enough to have mentors that recommended I look into becoming an agent. I had worked with Verve at previous jobs and knew a few of the agents here and always liked their way of business, so I was excited when there was an opportunity not just to learn about representation, but to train to be an agent here.

Q. How do you recruit and fully support international talent?

A. A variety of ways, including but not limited to tracking festivals, talent involved in international TV shows, and speaking with production companies based in different companies.

Q. What advice do you have for writers just starting out, in both the U.S. and abroad?

A. Lean into your specific voice / story.

Q. Where do you see yourself in 10 years?

A. As an agent at Verve representing a client list that encompasses international talent that wants to work in the US market, playwrights transitioning to TV, and established TV writers.

Q. What’s the best piece of advice you have received so far?

A. Stick to your taste. Be humble and willing to learn, but also unafraid to dislike what everyone else is liking, and liking what others are not enjoying.

For those of you who were unable to attend out Webinar with Anne and Verve Partner Amy Retzinger, you can view the recording here.