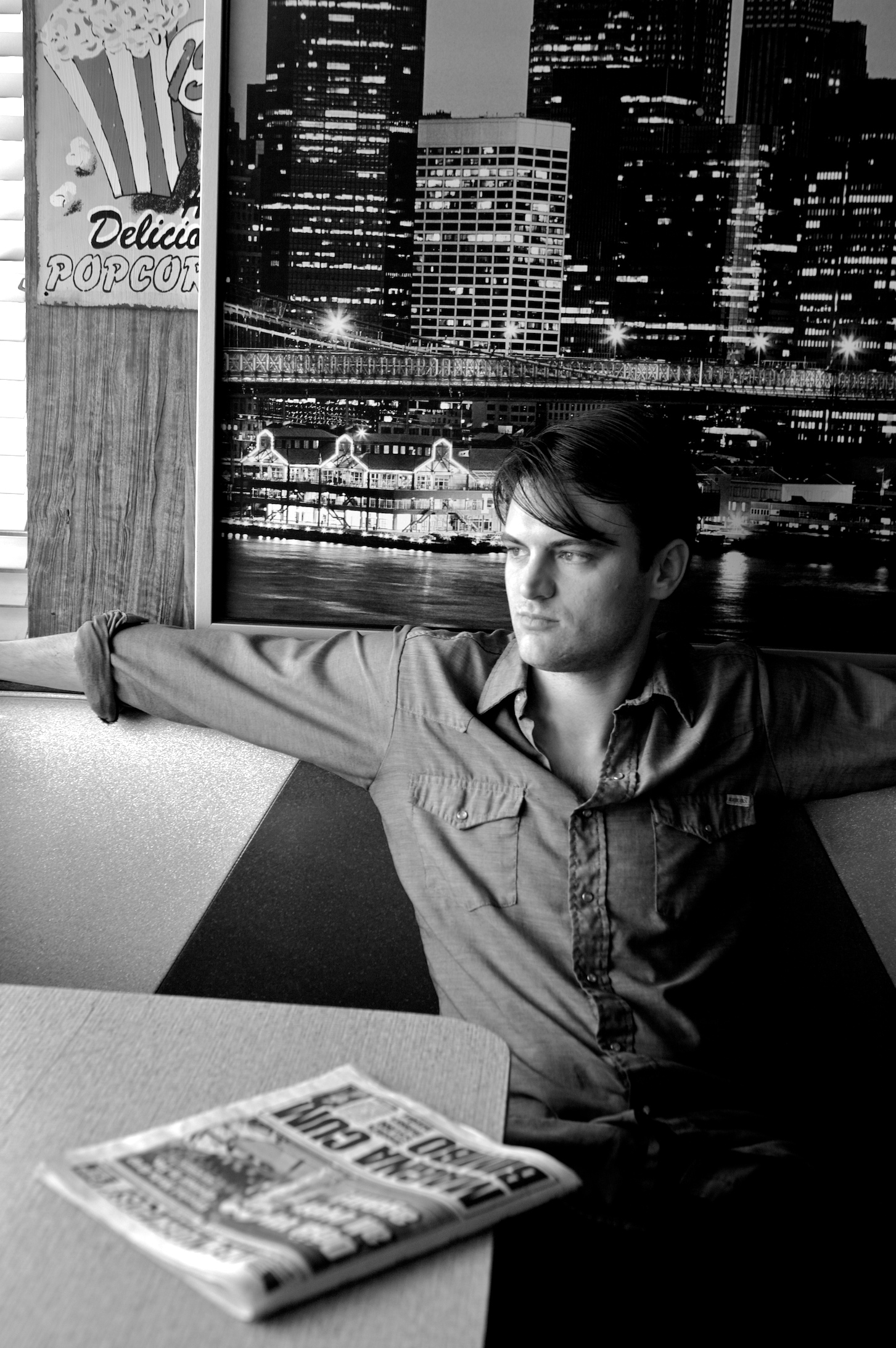 Jack Riccobono AB '03 (The Seventh Fire, Killer) is a documentary filmmaker who produced upcoming feature Afterward, to be released January 10, 2020. Seen as a victim in Germany and a perpetrator in Palestine, Jerusalem-born trauma expert Ofra Bloch takes viewers on a deeply personal journey in order to make sense of the Israeli-Palestinian conflict. See #Afterward in select theaters. afterwardthefilm.com/screenings. Be sure to catch a screening of Afterward in New York City or Los Angeles this month! (Photo by Helena Kubicka de Bragança)

Q. How did you become involved with Ofra Bloch's documentary, Afterward?

A. Ofra is a psychoanalyst whose work focuses on the transference of trauma between generations. She made several short films about survivors of the Holocaust and their descendants, including one about her husband, the artist David Bloch, who is a child survivor. In 2012, Ofra realized she was passing down her fear and hatred of Germans to her own grown sons and felt compelled to confront that reality. She decided to make a feature documentary about 2nd and 3rd generation Germans — the descendants of perpetrators — and engage with how they learned to deal with the legacy of WWII. She was looking for a filmmaker who could help her realize the project and got referred to me through two different sources. So we met for a coffee and Ofra struck me as someone whose background, life story and professional experience put her in a unique position to explore this terrain on personal terms. At first, Ofra did not imagine herself and her own story being included in the film. But over time, and with encouragement from me and our editor Michael Palmer, Ofra embraced a hybrid personal documentary form, which ultimately led us to expand the scope of the film to examine the Israeli-Palestinian conflict and trace her personal history back to her childhood in Jerusalem.

Q. Did you bring fellow alum Michael J. Palmer AB '03 on to the project? Have you two collaborated previously?

A. Yes, I brought Mikey onto the team early in the process, when we started to plan the first development sample. Mikey and I first met as fellow VES film concentrators and also worked together on several projects after graduating, including my 2016 feature documentary The Seventh Fire. Mikey has psychologists in his family and really understands that point of view. He immediately hit it off with Ofra and worked very closely with us in building the complex structure of the film, which weaves together Ofra’s present-day journey through Germany, Israel and Palestine with her personal story and the history of conflict and trauma in those regions.

Q. You and Michael, along with Ofra Bloch, are listed as co-writers on the documentary. Can you share what that collaborative writing process was like?

A. When it comes to writing a documentary, that process sometimes encompasses the early phases of imagining what the film could be and where it could go through discussion, written proposals and experimentation. In this project, we had periods of editing interspersed during production, and that helped inform our process of building out Ofra’s personal story, which serves as the narrative backbone of the film. Her dreams and memories are rendered through a combination of expressionistic sequences, recreations, archival materials, present-day footage and voiceover. We also had to calibrate how much historical information and detail to include so that audience members with different levels of background knowledge on these topics could all engage with the film. We had some healthy creative tensions along the way, and Ofra served as the ultimate arbiter! 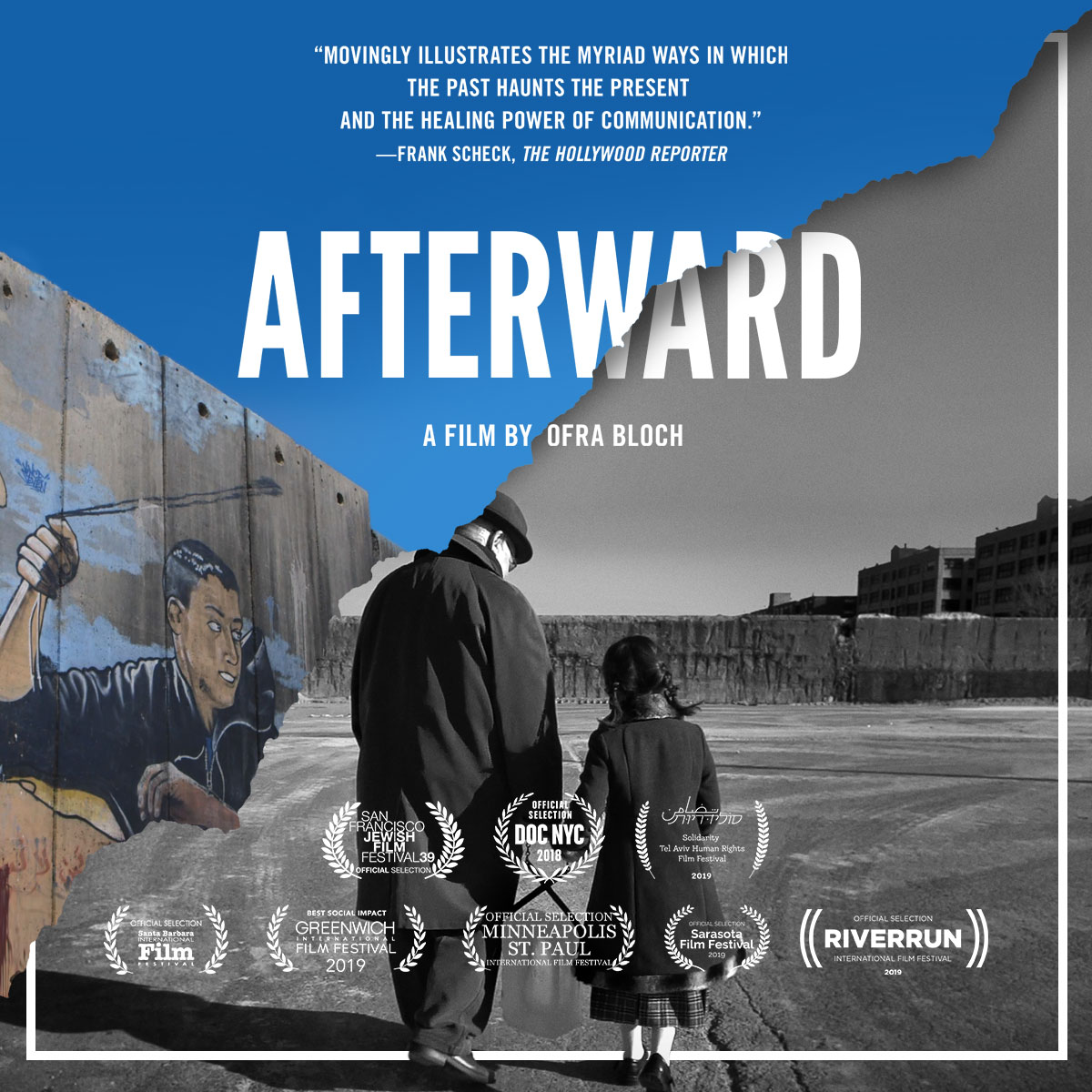 Q. How long did it take to shoot all the footage for the documentary, and how were the interviewees—Germans, Israelis, and Palestinians—found and approached to be featured in the film?

A. The film was shot off and on over a 4-year period. Ofra went through an intensive process to source and pre-interview all the participants in the film. The goal was to find a diverse group of people who were actively engaging with the legacy of WWII, such as a reformed neo-Nazi, a fine artist, and a historian, and on the other side, those pursuing non-violent resistance to the occupation, including a peace activist who lost his daughter to violence, a psychiatrist focused on the impact of the occupation on Palestinian women and children, and a professor who brought his Palestinian students to visit Auschwitz.

Q. Afterward has been screened at numerous festivals and won the Greenwich International Film Festival award for Best Social Impact (congratulations)! Do you have any particular audience benchmarks or goals in mind as we approach the film's theater release on January 10th?

A. We just returned from screening the film at the Tel Aviv Human Rights Film Festival and it was important to Ofra to have the International Premiere happen in Israel. The reception was very positive and we received feedback that the film should be shown in schools across the region. With so much polarization all around the world right now, the film aims to show that with any conflict, the possibility of reconciliation is rooted in direct personal engagement and dialogue with the Other. People have to talk to each other.

Q. What are the challenges you experienced working intensively on a project that focuses on difficult themes such as trauma, violence, hatred? I imagine that reviewing hours of footage dealing with these subjects is not easy; how did you make sure to maintain a healthy headspace?

A. I’ve always been inspired by topics and subject matter that push me out of my comfort zone and into new territory. Ofra has described the making of this film as a kind of therapy for her and I think it helps to have a good team so you can process difficult moments together. And it’s also good to be working on a mix of different projects. My wife keeps telling me I have to make a comedy…

Q. Can you share what you're working on next?

A. I just wrapped an episode of a documentary series produced by VICE for the 2020 Olympics. It’s about a program in Utah that empowers female refugees through rock climbing. And I’m developing two scripted projects - a limited series based on the biography of a real-life safecracker set in 1948 Tulsa, Oklahoma, and a rural noir feature set in present-day North Dakota.