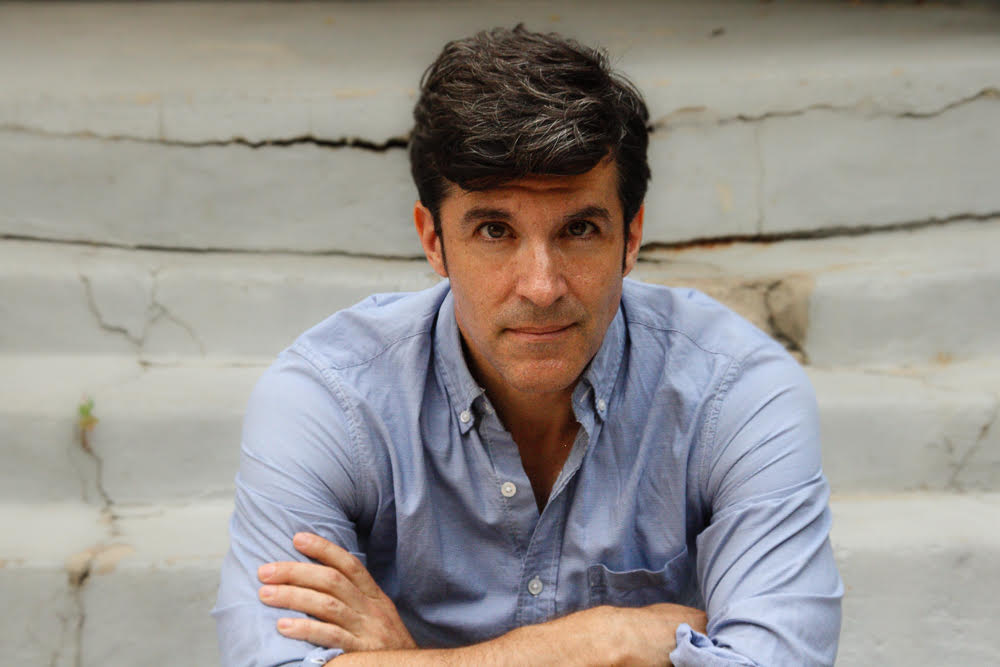 Q. What did you study at Harvard, and how did that inform your career?

A. I started Harvard thinking I wanted to be a journalist. I wrote for The Crimson and Harvard Magazine and I interned at The LA Times. That was going to be my path. I wanted to take film classes, though, and, at the time, that meant you had to be a Visual and Environmental Studies concentrator. So I concentrated in History and Literature and Visual and Environmental Studies. My diploma has a ridiculous number of 'and's on it. The big discovery for me, though, was that as much as I loved the written word, I loved the combination of the written word and visual imagery more. If I went into journalism, I had to choose between the two. Film let me do everything I loved. There was something else about Harvard, though, that was more crucial. Harvard, in any concentration, really pushes its students to look for the bigger picture. This is crucial in film in TV. I can’t tell you how many times on every project we’re asking, “What is this project really about?" It's a question of thematics, and it's often the most difficult thing to pin down. Harvard was excellent training for that, even if it does occasionally make decisions about which sandwich to order into an existential questioning of our place in the universe.

Q. You won the Harvardwood Writers Competition for your scripts Mental Case and A Situation (Comedy). Can you speak about what happened with those projects next?

A. Mental Case went into development with a production company at Warner Brothers, and both of those scripts helped me get other writing work. A Situation is a script I still love. It’s floating around out there looking for a producer who wants to do a political parable that’s also an accidental musical.

Q. What projects are you working on now? What are you most excited about?

A. I have a movie coming out hopefully next year that I did with one of my Harvard classmates, Sumalee Montano, called The Deal. I'm excited for people to see that. It was a special film, both in subject matter and because It was a collaboration with a close friend I’ve known since sophomore year. We shot it in Serbia and there were a lot of times on set when I would look over and remember us all hanging out in the Winthrop House dining hall and think, “would any of us have imagined back then that someday we’d be making a movie together halfway around the world?” She’s fantastic in the film, by the way. Her performance is heartbreaking. Besides that, there’s a big disaster film and a couple new series in the works. Stay tuned.

Q. How was your experience writing for ‘Instant Mom’ and ‘Happily Divorced’ which addressed modern family dynamics within the traditional sitcom structure?

A. Amazing. I love doing multi-cam sitcoms. That's the kind with a live audience. It's like putting a play up once a week, and, for a writer, especially in comedy, it's gratifying to see people react to your words in real time. I’ve had a strange career in that I’ve now been in every genre, and if anyone asks what the most fun format is to produce, I’ll say, without question, it’s multi-cam sitcom. It’s also a great format for addressing modern family dynamics because it looks so familiar. The shows feel comfortable and traditional, so you're able to speak about things that are not comfortable or traditional and your audience will go along for the ride--provided you're being funny. If the jokes don't land the audience will want to do you physical harm. You also have to be emotionally truthful. Audiences can sniff out dishonesty. In both shows we were talking about less traditional family structures, but showing that, at the end of the day, family is family and love is love. Instant Mom is one of those little gems of a show. We did 65 episodes and now, whenever I see people I worked with there, it’s genuinely like seeing family.

Q. The business has changed quite a bit since you left Harvard. What piece of advice would you give to yourself when you were just starting out if you could?

A. Focus on what you want to say and what you want to make and do both. There’s a terrible dangling carrot problem in Hollywood and you can waste a lot of time running after jobs and projects that are just out of reach. You have to do some of that—that’s the reality of being a working writer or director—but when you focus on your own projects, be they small web series or big movies, you’ll find jobs will appear along the way. There’s something about the act of creating that keeps the wheels moving. It’s also how you’ll find your community of fellow creators. There’s power in collaboration.

Q. How would that be different from advice you would give to someone just starting out today?

A. I'd give the same advice, but I'd say really bat for the fences with your ideas. Streaming has been a great thing for writers, not just because there are more jobs, but because it changed the mandate for what broadcasters want. Under a more traditional network model, the mandate was always “give us something new but not TOO new.” Now, the mandate is “be as original and creative as you can be. Show us something we’ve never seen before.” That's why TV is so good right now. We need new voices that cut through and resonate. For all those fledgeling writers out there--dig deep, be brave, be specific, be bold, be honest, and you will get there. The industry needs you.

A. We live on Zoom now. I'd say it's terrible but it's kind of amazing we’re still able to work through all of this. The process can be excruciating, though. You could be in a writers’ room for twelve hours and still be going strong. On Zoom, after about four hours people get dead eyes. Shooting is much less fun than it was too. When you're sitting on stage under nineteen layers of PPE, you just want to get the job done and get out of there. It’s less social. There is change on the horizon, though. A few writers' rooms have come back in-person or are doing some in-person, some Zoom. I'd like to see that hybrid version take over. You can't fully replicate the magic of a writers’ room on Zoom, but sometimes it's nice to be able to work from home, be with your family, or just not be in LA at all. I dream of a day when we can shoot again without all the PPE, though, and when live audiences will return like some kind of exotic missing bird.

A. Anything good. A TV show, a movie, a book, a song--anything creative done well that makes me feel something makes me want to write. I just saw an amazing film adaptation of a play a couple weeks ago, and I went up to the writer/director afterward and said, "I want to leave here right now and go write a play." That’s the greatest complement you can give a writer. And I meant it. Travel is also good. Sometimes you need to get away from everything familiar to wake your brain up.

Q. Word on the street is you are now a sculpture artist. Tell us more!

A. Film and TV are great, but every so often I need to make something with my hands. Years ago I started doing metal sculpture. It started as stress relief, but it grew. Thankfully some galleries picked it up, because I was starting to look like a metal hoarder. I figure, whether it's through my art or my writing, somehow I'm getting into your living room and joining your family.