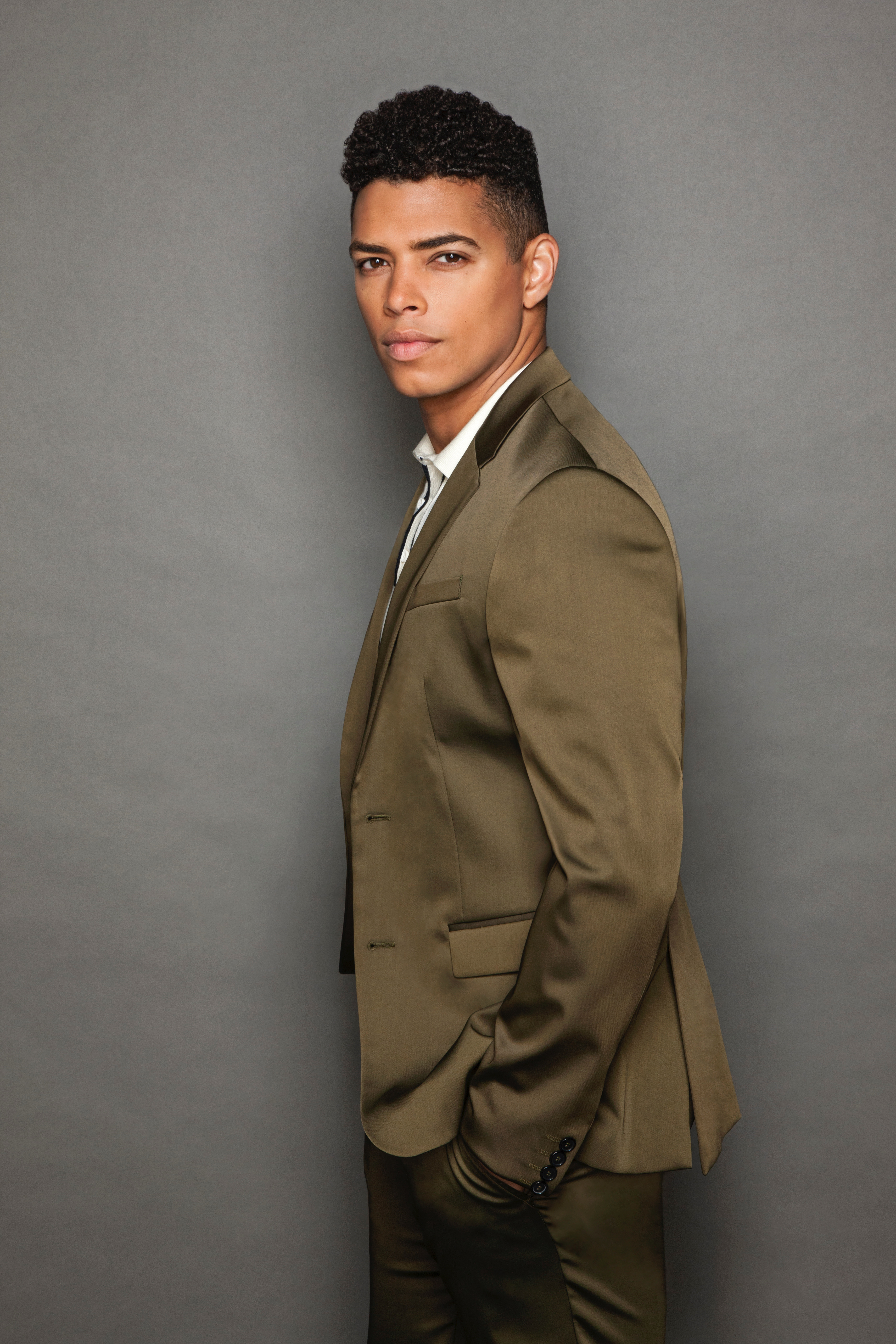 Delon de Metz is an actor on the TV show The Bold and the Beautiful. He portrays Zende, the charismatic, handsome and talented grandson of the Forrester patriarch, Eric Forrester. De Metz's acting career has spanned theater, film and television. His recent credits include Netflix's The Kominsky Method as well as CBS's NCIS, NCIS: Los Angeles, Zoo and Scorpion.

Q. When did your interest for acting first begin?

A. I always loved movies, but my interest in pursuing acting as a career didn't start until my mother sent me to take acting lessons with a coach named Susan Batson during my sophomore summer in high school. Apparently my mom didn't have much interest in my pursuing acting as a career either - she told me the classes would be good prep for college interviews a few years down the line. After going to my first lesson - somewhat begrudgingly - I was hooked.

Q. Did growing up in New York City relate to your passion for acting? Can you speak about any thread between childhood and now?

A. I lived in the cinema. I can't remember a weekend I wasn't at the movies through all of middle and high school. It didn't matter what was out or what the reviews were; I was always there. There are some NYC movies that definitely influenced my love of performing, specifically American Psycho, Cruel Intentions, Zoolander, and Teenage Mutant Ninja Turtles. My friends and I would speak almost exclusively in American Psycho and Zoolander quotes through high school.

A. Well I studied economics, and for a while it seemed like finance would be my path, but I kept performing in school on-camera and theatrical productions. During the summers I would always make time to be in acting class at night back in NYC, and at some point - probably during the summer after sophomore year in college - I got an agent in New York.

By the end of senior year I arranged my schedule so that my mandatory sections were all held during two days of the week - I think it might have been Tuesday and Wednesday - and Wednesday afternoons I would hop on the train to New York and spend Thursday to Monday taking acting classes, auditioning, and clubbing. My friends back on campus would joke that they only saw me with a suitcase the last few years at Harvard.

Q. What motivated you to pursue acting full-time after college?

A. It was a tough decision, I had some offers from investment banks and hedge funds etc, but one of my friends - who was working in the mail room at a management company in Los Angeles called 3 Arts - called me, asked if I was considering pursuing acting at the professional level and offered to represent me in LA. After she mentioned that Power Rangers was casting and she could get me an audition, I turned down the finance offers and packed my bags. I didn't get cast on the team that season, but I ended up being offered a role on the show a year or two later . . . that's a story for another time.

Q. Given that your acting career has spanned theater, film, and television, what have been some of your most memorable roles or acting experiences?

A. My first professional film experience was incredible. I was cast in an independent film called Model Minority that was directed by Lily Mariye, who, years later, would go on to cast me in an episode of NCIS LA. We had a shoe-string budget and filmed in a real guerrilla style, stealing shots where we could. I remember I drove this giant Cadillac in most of my scenes barely knowing how to drive a car. It was a wild.

Getting to shoot Zoo up in Vancouver for CBS was also a great experience. The set pieces were all super high-value, and it was my first time getting a taste of the action genre which I grew up loving.

My current job on The Bold and The Beautiful has been a tremendous learning experience. I heard Soaps were like acting boot camp and there really is no other way to describe it. The cast has been extremely warm and inviting, and there's a certain joy that comes with the adrenaline of knocking out dramatic scenes in one or two takes that makes you wish the days would actually last longer.

There's always so much to take away from each project that it becomes hard to rank them in terms of memorability.

Q. What are some challenges that you’ve encountered during your acting career?

A. It can be extremely taxing to go through a large string of auditions without booking. Learning to keep my head up and to continue having fun through lulls in work has been a challenge that the vast majority of actors face. I wish someone had told me early on to remember that an audition is a performance, and to enjoy acting in auditions the same way I would acting on set. When you're focused on booking, you can forget quickly that the fun is in the performance itself, regardless of where you're performing or whether there's a paycheck coming your way at the end of it.

Q. What is the project you are most excited about tackling next?

A. We'll see when we get there! Right now I'm having a blast on B&B.

Q. Can you share what your dream role would be? And/or dream co-star?

A. I would love to play Superman. The superhero/action genre has been my go-to since childhood, and my love for those films has never faded. I'd lose it if I had the opportunity to play opposite Arnold Schwarzenegger . . . I'd also love to share the screen with Daniel Day Lewis.

Q. Do you have any advice for young adults looking to pursue acting, especially any aspiring actors still in school or studying at places like Harvard?

A. - Get started sooner than later and pursue the art with vigor. There is no substitute for experience and practice.

- Listen to constructive criticism from not only your teachers, but also your friends and family. It can hurt being critiqued by people you love, but there is no substitute for their honesty.

- Study. For film acting, study Meisner to learn how to listen and respond naturally. Take scene study classes to practice living through strong circumstances (classes that offer new scenes with every class are - for me - more fun, and the variety is helpful). Study The Method to become more emotionally flexible. Take Improv to become more spontaneous. Take on-camera audition prep classes to see what you like or don't like about your own performances, and what you like or don't like about those of your classmates.

- Make money independently of acting. Juggle, hustle, be entrepreneurial. When the money you'd make from an acting gig doesn't become life changing, the audition won't hold the same level of pressure, and you'll be able to perform better. That said, some people perform very well under pressure . . . either way, having some cash in the bank doesn't hurt.

- Have fun. The most important piece of advice I can give is to have fun. This isn't combat. If you're going to do this, you're going to do it because it's enjoyable, so let it be enjoyable. There is always another audition or another take or another night of a show, so don't beat yourself up. If you ever feel stressed, remember the point of all of this is to have a good time, and that if you're having a good time, the audience is having a good time. Also, the more fun you're having, the more fun the audience is having, regardless of whether that audience is in a theater, at home watching you on screen, or is sitting across from you in a casting office.