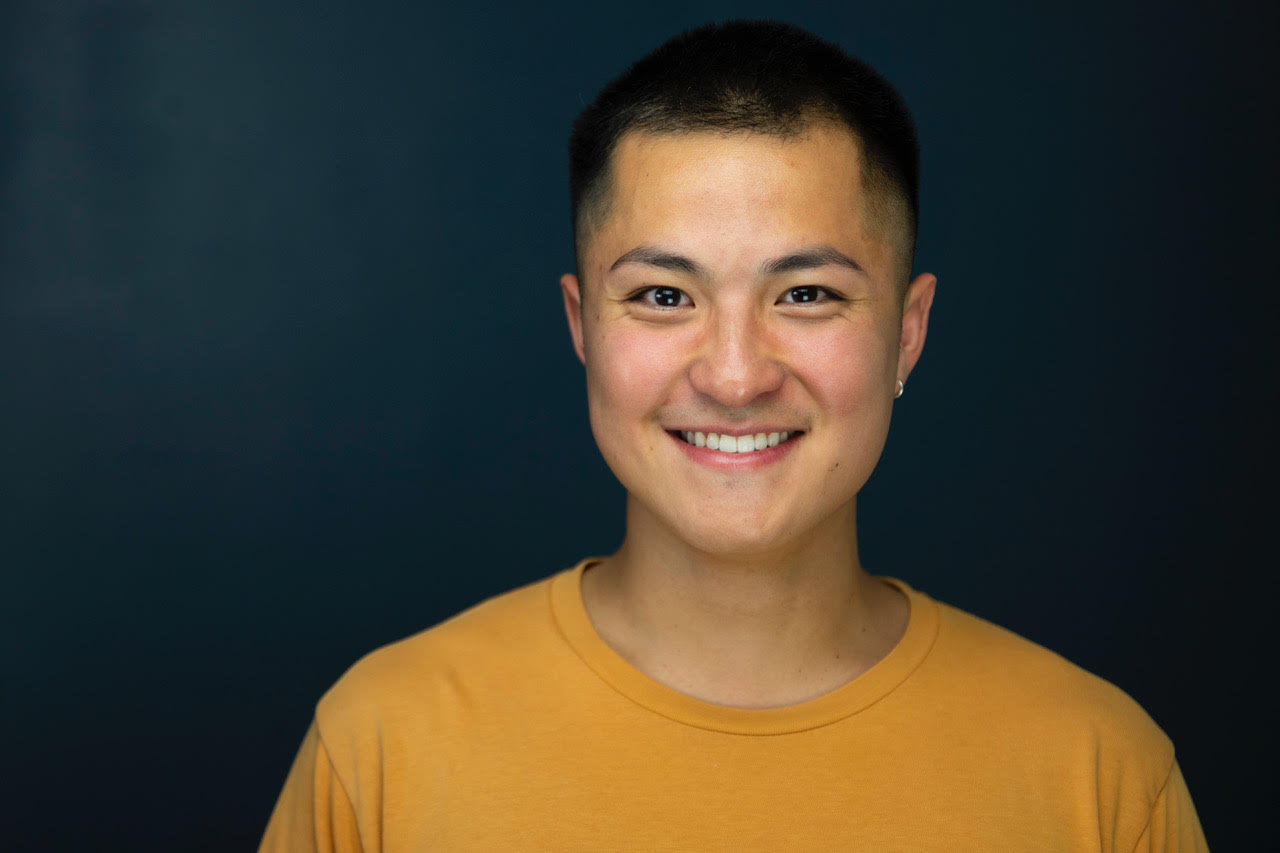 Q. What is that project, and what else have you worked on?

A. I am currently filming a short project that I began writing at the beginning of the year. It’s called Appearance, and it’s a dramatic comedy about a gay Asian porn creator who is confronted by his straight older brother when he finds out about his profession. Ultimately, it’s a story about beauty, race, sexuality, love, and well, appearance. What started off as a project with a good friend of mine and fellow actor to get some reel footage turned into a production directed and DP’ed by talented creatives I got to meet in LA. I’ve learned so much throughout the process, and I’ve loved every step. To be able to see a story and world come to life and act in something that I created has been very fulfilling. In a sense, this is what I want to be doing in my career: creating a story from the group up and telling it from my perspective.

Other than that, I just finished filming an AFI thesis film where I got to play a dramatic character and speak Mandarin. It’s a sci-fi film, and the role is unlike anything I’ve done before. I also got to be a part of the 24 Hour Plays: Nationals this past week, where I met a group of diverse, talented, kind young theatremakers. I’m very excited collaborate and create with them down the line in-person.

Q. What advice do you have for students just a couple of years behind you? What campus experiences should they focus on?

A. Even though I feel like I’m early on in my career to be giving advice, I will say that I wish I had expanded the scope of my abilities and opportunities that were out there. Looking back, I wish I hadn’t gotten in my own way by seeing myself as just one thing. I thought that not getting cast in an HRDC production my first semester meant that I couldn’t act. I thought that not having any writing or improv experience in high school meant that I shouldn’t even consider attempting to write or do improv. Though I can’t say what specific experiences current students should focus on, I would say that they should go for it—regardless of what their “experience level” is—and if they experience rejection, to seek out resources and collaborators to do the thing themselves. Looking back, it’s the projects that people created from the ground up and put out that I am most impressed by (and for the most part, the ones that have gotten them the farthest).

Q. What have you learned about the industry?

A. So, SO much. I am very thankful to everyone within and outside of the Harvardwood community who have given me such great advice. I feel like I saved five years worth of mistakes just from speaking with people. Off of the top of my head, the main things I’ve learned are 1) this town is TINY and people know each other, 2) the industry is incredibly risk adverse, and if you want to do something, you need proof that you can, 3) create your own content, 4)Every bad project you do or create help you get closer to the good one, and 5) MONEY makes the industry world go round, which brings me to:

Q. What creative endeavors are you most excited about moving forward?

A. I am most excited about producing a higher-budget short film that I began writing almost two years ago. It’s about queerness, Asian American identity, mother-son relationships, and drag. The script has gone through countless iterations, but the director and I are finally making moves to go into production. I’ll be launching a crowdfunding campaign in the coming months and hope to share the project with the Harvardwood community.

Most of all, I’m excited to keep learning as an actor, writer, improviser, and storyteller and collaborate with passionate creatives.