Exclusive Q&A with Marielle Woods (Director, DO NO HARM, SPIN) 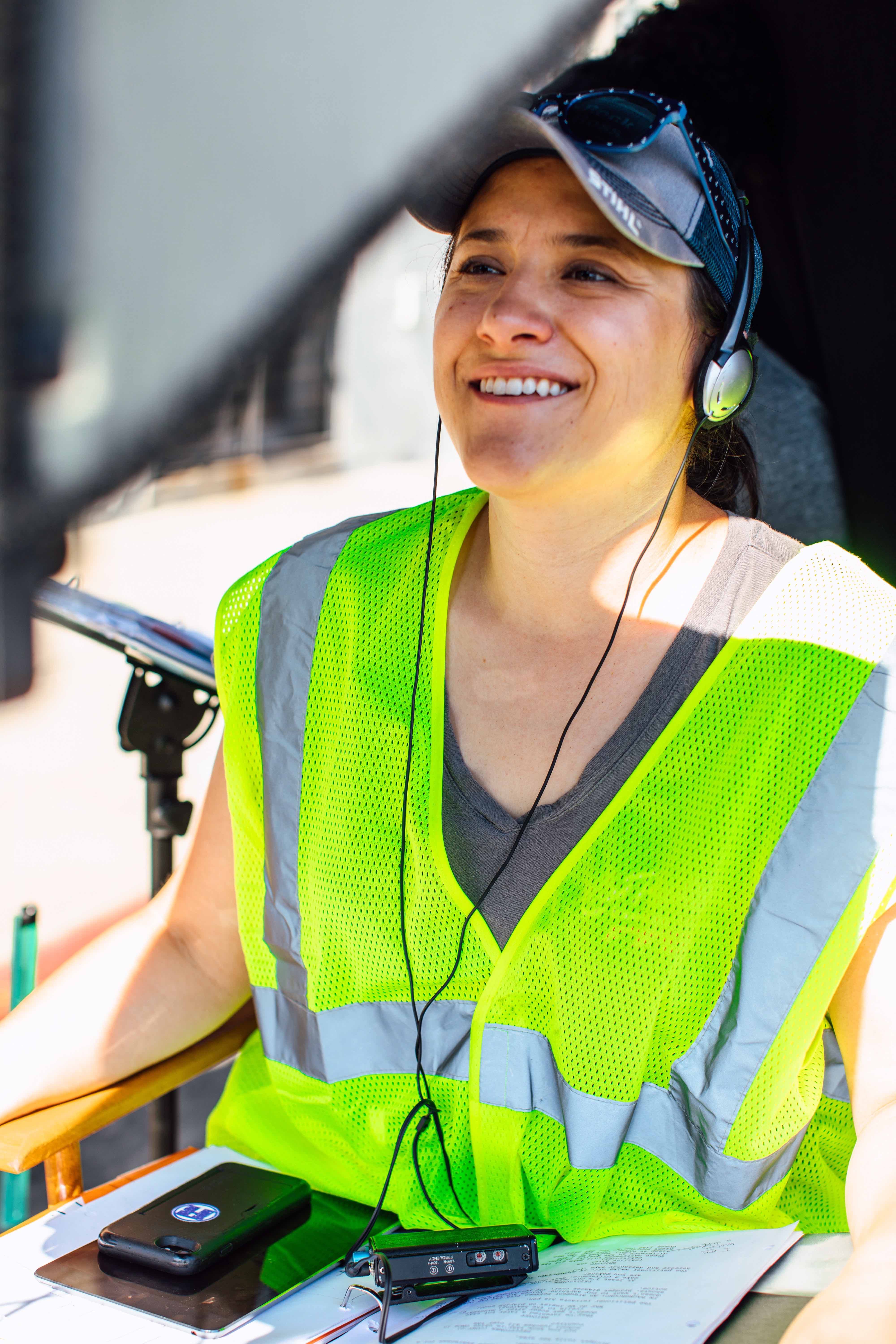 Marielle Woods AB '08 is a filmmaker from New Jersey who concentrated in Visual and Environmental Studies at Harvard. Right after graduation, Marielle first worked as a director and producer for docudrama shows on Discovery, History, A&A, and Animal Planet. Marielle has since transitioned into scripted and directed award-winning shorts Mi Corazon and Do No Harm. This year, Marielle was selected to participate in the AFI Directing Workshop for Women.

Q. When did you decide to become a director, and did your experience at Harvard play a role in that decision?

A. I actually came to Harvard planning to be a Classics major (I took 10 years of Latin and still love it) but taking a few VES classes solidified what I already knew deep down – that filmmaking was my future. I had previously directed some theater (including a rousing stage rendition of 101 Dalmatians one summer) and growing up I would often try to convince teachers to let me make a movie in lieu of writing a paper, which led to some hilarious early work. So on some level, I think I’ve always known I wanted to direct but I didn’t have the tools or verbiage to say so until I got to college.

Q. How did you transition from Harvard to Hollywood and "break into" the industry?

A. I came to LA for the first time the summer before my senior year because I knew I would soon be moving west. I signed up for a free two-week trial to IMDBPro.com and sleuthed contact info for anyone who was listed as a producer or AD on films “in production.” Many cold calls and emails later, I was brought on to intern on an indie feature, and by the end of the first week, I was the Key Set PA.

Ten years later, some of the people I met on that film are still my closest friends out here. I made the official move to LA a month after graduation and actually found my first job from a posting on Harvardwood—at a then-small production company making Shark Week shows. I spent about six years working in docu-drama television and cut my teeth filming gun fights, avalanches, and animal attacks.

Four years ago, I moved into scripted content (thanks to more cold calls and emails) and, when I’m not making my own content, I now work with stunt coordinators and second unit directors on action films—which is my heaven. I want to always be blowing things up and lighting people on fire and crashing cars.

Q. What was the very first project you shot, and can you share with us how it came together?

A. Speaking of crashing cars… the first short film I made after school, Mi Corazon, was shot on location in Puerto Rico and was about a young American couple who get into a car wreck on a remote jungle road. After years of telling stories of near-death experiences for Discovery, Animal Planet, etc., I was fascinated by the effect traumatic situations have on individuals and relationships, and I asked Jason Lazarcheck AB '08 to write the script. After relentless crowdfunding, it came together largely thanks to Erin Krozek, my producer, and many other brilliant cast and crew members. We were lucky to team up with a wonderful local production company in San Juan (Do More Productions), and brought out our DP, AC, and stunt coordinator from LA.

Q. Your first time on set as a director: what was the most daunting and unexpected challenge?

A. It’s fair to say that most of the stories I want to tell are ambitious. I’m an action director, so I’m always looking to squeeze in one more explosion or gut punch. For Mi Corazon, we were flipping a car. We had bought a clunker from the daughter of the local police chief and built a ramp at the foot of the small hill we were shooting on. We were prepped, safety measures all in check, crew and cameras ready to go. But it was rainy season in Puerto Rico. It had rained off and on every day… and all that morning of the stunt. The road was slick and muddy, so the car didn’t quite get enough speed for a full flip rotation. As the crane was pulling it back up to go again, it broke the drive shaft. We had no more takes and now had to figure out how to tell our car crash story without a car crash. We set the car in its post-wreck spot and shot the rest of the film. On the last day, we rigged up GoPros and any camera we could find, and we pushed the car down a hill. It toppled 4 or 5 times. It was awesome. 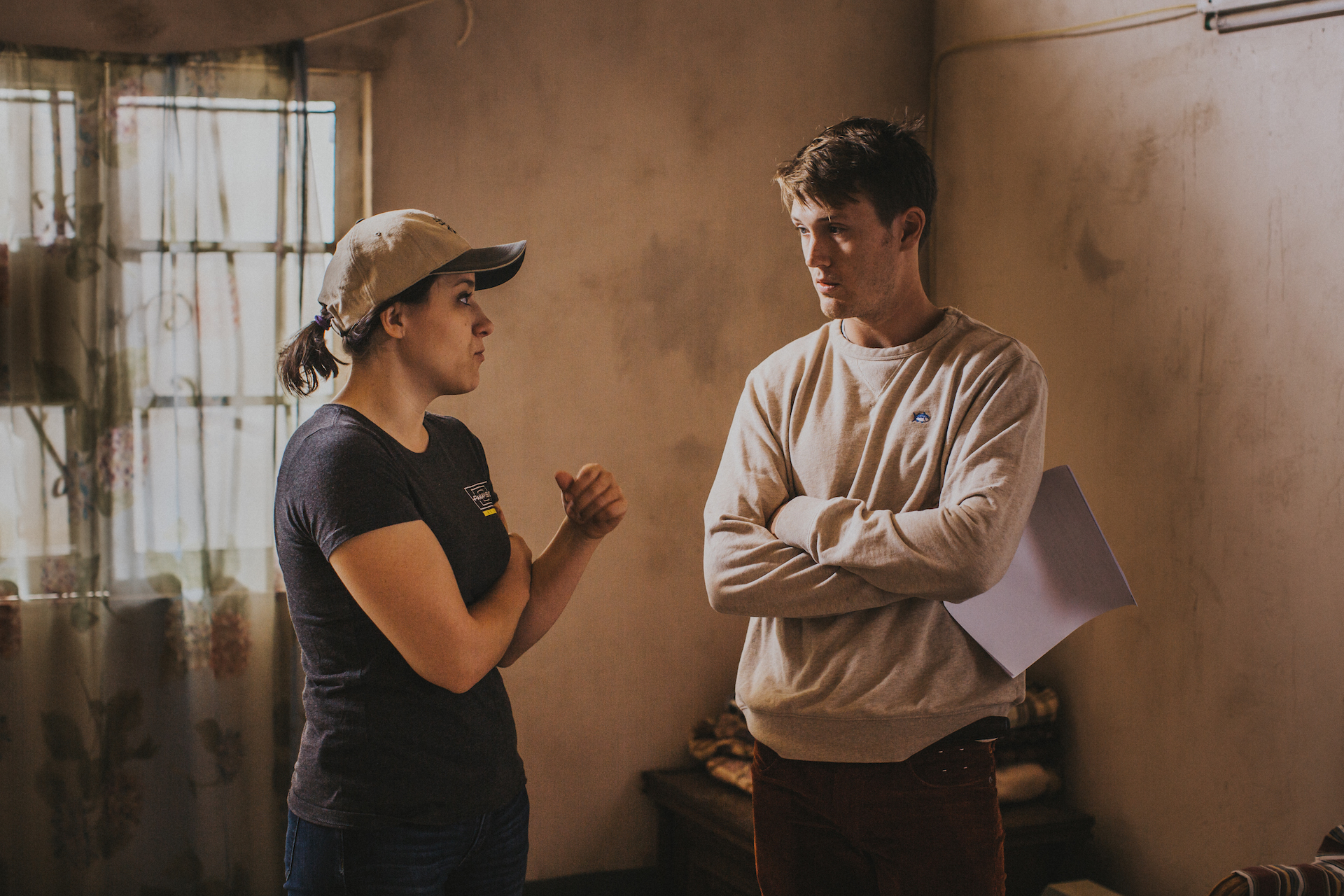 Q. ... and what was the most kickass feeling?

A. There were lots of kick ass moments—any time you start to see what's in your head come to life, it’s kind of mesmerizing. I think the feeling that resonated most was the first time I got to see it at a festival, on a big screen, and witness the audience reaction. Even with my most recent short, Do No Harm, there is nothing that matches watching it with an audience. You spend so much time and energy bringing this story into the world, so finally getting to share it and experience it with other people brings a whole new life to the film.

Q. If you had to explain what you do as a director to a small child (or, you know, a current Harvard student), what would you tell them?

A. I have an idea for a story, and then I ask the best artists I know to help me make that story come to life.

Q. You're now in the AFI Directing Workshop for Women. How is it going?

A. I cannot say enough good things about this program and I feel incredibly lucky to be a part of it. I’m one of eight awesome women in the 2019 class, and we are all currently in different stages of production and post on our short films. I really feel as if I am part of something very special.

Q. What are you working on next?

A. I’m currently in post-production on my AFI DWW film, SPIN, while simultaneously completing the script for the feature film— both with writer Keith Hahn AB '03.

Q. Do you have a dream directing job or writers or actors you'd love to work with?

A. Oh, I have many dream directing jobs, writers, and actors. Honestly my favorite part of filmmaking is getting the chance to collaborate with people whose work I’ve admired. That saying about surrounding yourself with people smarter and more talented than yourself is absolutely true.

All photos above, credit: CC Weske.