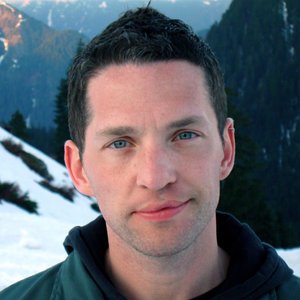 Q: In the credits, we see that you produced, directed, wrote, and edited the film. What was that like, functioning as a one-man-band?

A. I’ve been taking photographs since I was 6 or 7 years old, soon  followed by video. For better or for worse, I’m trained as a filmmaker, and I’m choosing to make films instead of writing novels or prose. I’m looking at the world through a lens and as an editor, making meaning out of connecting images and sound. So it was sort of instinctual to document and explore even some of my darker moments through the camera. With autobiographical  works, I don’t have investors or a studio waiting for a product. I can document aspects of my life with the security of knowing I may never publicly share the material. I can use the camera as a witness and confidante, and then take time to see if anything is worth sharing with a larger audience. For The Skin I’m In, I started shooting material in 2005 and the process of making it and distributing the film has been a seven-year journey. There were 100 hours of material that I’ve edited it down to an 86 minute movie. That pace has allowed me to be sure there’s something there that I can feel proud about sharing with world.

Q: How did you decide the way to structure your film?

A. When I decided to get a full back tattoo early in sobriety, I knew I wanted to document that process. That gave me a present-day thread for the film from which I could jump back and forth to the past. The tattooing process serves as a departure point for me to explore the history of my relationship between mind/body/spirit, and to communicate that alcohol was just one in a litany of lifelong self-destructive means by which I sought to anesthetize myself and derive a sense of control in a culture that still does not accept LGBT individuals as equal members of society.

Another structuring device I arrived at was  to break up my own identity into five different personas, each of whom relates another aspect of the story: Brody, the son and brother; Dr. Fox, the professor; Broderick Fox, the artist; Rick, the queer club kid; and Dina Brown, the drag queen.

Q: You do reveal your different identities that you’ve constructed and created. What was it like seeing these representations of yourself in the editing room?

A. All identity is performance. Each of us has as many selves as social contexts in our lives. We present different selves to ourselves, to parents, to co-workers, to certain groups of friends. I wanted to play around with that aesthetically. These personas were certainly a structural device, but at the same time each is also an actual, lived version of me. The characters on screen are all wearing their own wardrobes, and each has had his or her own very real social interactions and experiences. Nowadays my experiencing of each is simply a little less compartmentalized, which makes daily life a bit simpler.

Q: What was it like sharing your film with your family and friends?

A. The scariest and most rewarding part was showing it to my parents. I took a risk in deciding to implicate my parents as subjects of the film. It was hard to show it to them but I knew I owed it to them to show to them before releasing it to the world. I sat down with my partner and them and we watched the movie. There were a lot of tears, I think, from a sense of helplessness on the part of parents, who don’t know the depth of the private lives of their kids. At the same time, it’s been a real incredible gift: to be approaching 40 and to have parents in good health and have this fresh adult relationship with them without baggage or secrets. It’s a rare and special place to be in, and I’m really grateful. I think they will be great source of inspiration and comfort for other parents who watch the film.

My close friends have been really supportive. Even for them, parts of the film are surprising. It is rare for each of us, much less any other individual, to really know all aspects of ourselves. Some friends are startled, especially when they see the depths of my drinking in the film. They wonder if there was more that they could have done to help back then. But these journeys are ones where, at some point, you have to go it alone; do it yourself or the change doesn’t stick. I’ve had to console and reassure a lot of friends that these darker moments could not have been predicted or changed.

Q: What did you hope audiences would get from the film?

A. My hope is that the film encourages people to use the tools at their disposal to tell their own stories. I also hope it inspires others, particularly young people, to really actively search and explore the world, and come to a sense of self verified by personal encounter and experience. Everything I’ve gone through has made me the man, the artist, and the professor I am today; I wouldn’t change any of my past.

I’m excited for the film to get out into the world to stimulate some conversations I don’t see happening, particularly in the gay community, around materialism, addiction, and spirituality. I think there are a lot of others out there who, like me, have conflated spirituality with organized religion, and in walking away from the strictures and hypocrisies of religion have left themselves without a means to feed and develop spirit. That’s a dangerous and unsustainable place to be in as an individual or a larger community.

Q: You’re a professor of media studies and media production. Did you share this film with your students?

A. I did. It took some planning and scaffolding though. It’s not an easy film to force on work colleagues, because it shows me in some very different ways than my professional identity. And there are a lot of assumptions about the sorts of roles a professor’s body can and should perform in the classroom. Before the film went on its festival journey, we had a preview screening on campus, co-sponsored by a number of affinity groups and organizations, with discussion group contexts afterward. The response has been really fantastic. Honestly, I feel lucky that I have a job where I can be embraced and promoted for making work that pushes boundaries and asks tough questions. Not many people can say that.

Q: In your film, you have a running theme of searching for spirituality. Where would you say your perspective stands now and how is it different from when you first began filming?

A. There are many different religions and philosophies that all seem to point to the same thing. Some people call it consciousness. I’ve come to realize that all of the pain in my life has come from separating myself from the rest of the world, creating duality. Feeling different or less than and withdrawing; looking to things like alcohol to fill a void rather than confronting pain or the aspects of life and culture that are causing it. In getting the tattoo and making this film, I now realize I created a pretty incredible rite of passage for myself, which has proven to be spiritual.  These processes have forced me out of monologue and into connection. As shown in the film, I could not have gotten tattoo alone. The process took a year, and I collaborate with two men--first nations artist Rande Cook and tattoo artist Zulu--who are each very different from me in background, race, sexuality, culture, etc. Through the shared journey of the tattoo we found that the three of us have some interesting things in common. As young men we all distrusted the status quo and came up empty-handed when searching for role models who could mirror our own experience. Making art has proven to be the means by which each of us has explored the world and ourselves and made our mark. Putting the film out into the world now  has placed me into conversation and connection with people from all different walks of life, and it has been amazing to find that the film’s questions and ideas speaks to and for them as well. That is the power of media making at its best. That, to me, is spiritual.

Q: How can audiences engage with your film?

A. The film is out on iTunes internationally on Oct. 1, as well as on DVD through Amazon. After watching, I invite people to join the conversation on our newly launched Web Initiative where they can interact with Brody, Rick, Dina Brown, Dr. Fox, and Broderick, explore additional content, and share their own reactions and insights to the film. Check it out here: http://skiniminmovie.com