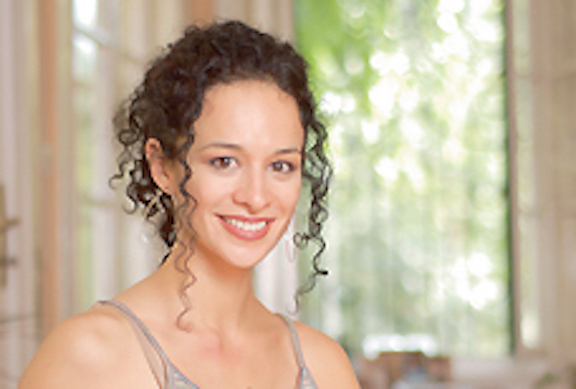 Lucia Brawley AB ’99 is a producer, actor, and writer. In addition to appearing in movies and television shows such as World Trade Center and ER, she has written about arts and education for The Huffington Post. Lucia currently serves as the Vice President of Communications for amp.it, a digital media company founded by her husband, Derrick Ashong AB ’97, PhD '09 (photo below by Jane Feldman). Derrick is an artist and entrepreneur who has hosted programs on SiriusXM, Al Jazeera English, and Fusion. He recently created Take Back the Mic, an interactive hip-hop show that airs on amp.it. The show, hosted by Derrick and produced by Lucia, was an Emmy finalist in 2015.

Q. How did you come up with the idea for Take Back the Mic? 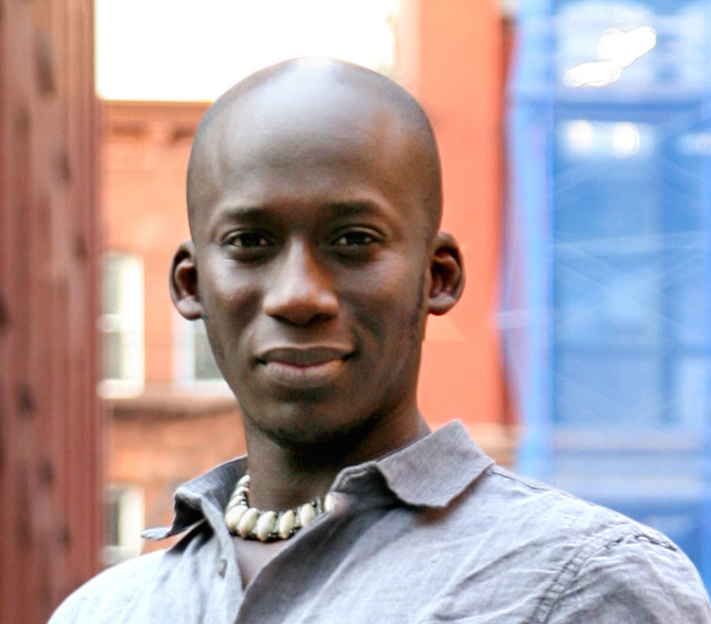 DNA. I was at a cypher at a place called Bus Stop in my hometown, Accra, Ghana. Everyone is taking turns freestyling—I got up did my thing, all is good. Then this one kid gets up, and does a rhyme in English, no biggie. All of a sudden he flips it and starts freestyling in Twi. Then he switches it up again and starts flowing in Ga.

It’s hard enough for most people to improvise in one language and this guy just did it in three. That’s when it hit me that the most interesting stuff happening in Hip Hop is not necessarily happening in the US. And I thought it would be so cool to have a show that highlights the best of the best in Hip Hop from around the world. That was almost 12 years ago.

Q. What makes Take Back the Mic different from other musical competition shows?

DNA. The power is in the hands of the fans. The fans decide what artists are featured and therefore where the story goes. We would have never known to visit a place like Esperanza in the DR or Juiz de Fora in Brazil, or a neighborhood like Aranjuez in Medellin, if the fans hadn’t told us that there were incredible artists with powerful stories there.

We've all had a fun time with the whole "celebrity-judge thing" and there have been some great shows that have come out of that ethos. But at the end of the day, real people know what they like. And sometimes the diamonds in the rough are buried too deep for the celeb model to suss them out. And so we let the people decide which artists speak for them, using the technology we’ve built at amp.it.

Instead of sending our producers on a hunt for rising stars, the platform scores fans for discovering and sharing amazing new music and videos, and tracks what is driving the most engagement. So when we see a groundswell of support for an unknown artist in a forgotten corner of the world, we know there's something special happening there and we go where the fans lead us.

Q. How does the work at amp.it differ from work at traditional media companies?

DNA. We spend a significant percentage of our resources on engineering.  Typically, media companies are not as focused on actual technical innovation. As for amp.it, we think that technology and content go hand-in-hand and so we’re a different kind of media company.

The company is still very young and we took a significant risk last year in launching a new original series on an unknown beta platform. But the risk paid off with 15x higher levels of engagement than traditional social media apps, and an Emmy nod in our first 6 months. For us it was a great reinforcement that it's possible to both build great technology and make great content if you focus on filling a genuine need for your community.

Q. What does a normal workday look like for you?

LB. The girls, 3 and 5, get us up early.Derrick goes to the gym and I eat breakfast and get the girls ready for school. Derrick and I take the girls to school together. Then he eats breakfast while I chant and meditate. He usually has at least one morning call with somebody overseas, does some QA (quality assurance) on the latest platform release, plays some tunes off of amp.it in the background while he responds to emails. Then he usually spends time giving our editors feedback on a video edit, or giving me feedback on things I've been working on in the morning—a pitch deck, show bible, artist or fan outreach, or some promotional document.

Derrick usually does meetings in the afternoon. I'll take an exercise break and then resume work in time for us to pick up our kids together around 6. If it's Tuesday or Thursday, we pick them up at 3 and take them to gymnastics and work together while they take class. I'll cook dinner while helping my oldest with homework. We all try to eat dinner together if we can, and then Derrick ties up any additional loose ends, while I put the girls to bed.

If all is good, we're done at 9 and can watch one of our favorite shows. If there’s a big deadline we’ll be up until we get done whatever needs to be done. Needless to say, this is all happening when Derrick is not traveling for the show!

Q. How does behind-the-scenes involvement with a production compare to performance?

DNA. There’s so much that has to happen before the performance is even possible. As a performer, you’re taught the show must go on. But as a producer, there is no show unless you create it. It's hard, but it’s really exciting to go from having an idea in your head, to seeing it manifest in the world—whether that’s a platform, a song, or a series. It’s all creativity, bringing something cool from idea to reality. As a performer, you do the same thing, but you do it in the moment. As a producer, you are constantly dancing between the demands of the moment and the big picture. And we're lucky enough to get to do both.

Q. Why is it important for fans to be in charge of the competition? 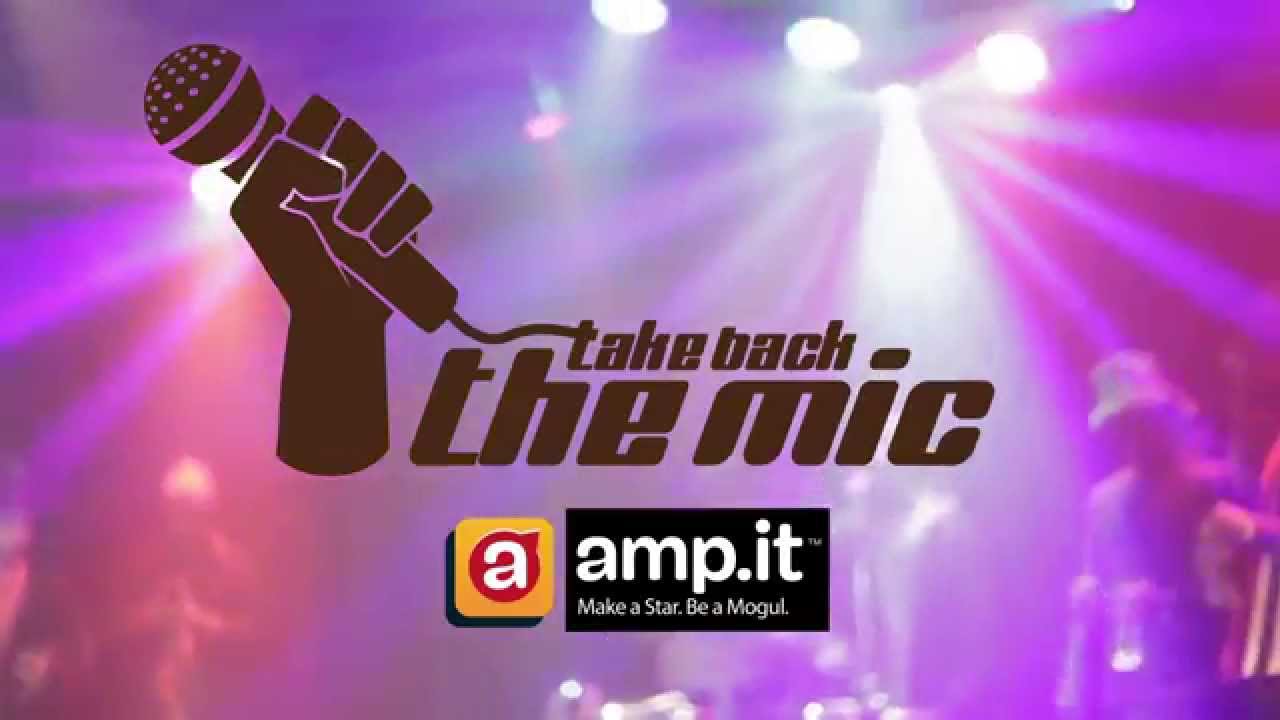 DNA. In its early days, there was a lot of hype around the idea that social media could democratize media—everybody could have a voice, be a creator, broadcast their talents to the world. I [Derrick] think one of the key things we’ve learned in the social media era is that everybody is not great at telling their story. We’re not all going to grow up to be Patti LaBelle or Prince or Helen Mirren.  Everyone was not born to be an artist. But everyone knows what they like.

I can think of no better person to tell you what’s hot than the people who love it the most. And those are the fans. And when you give the power to the fans to decide what’s hot, and you recognize and acknowledge their value in doing so, all of a sudden you completely transform what media is. It's no longer this thing where a producer comes up with a project and we try to push it on the world. It becomes an adventure we get to create together.  As a creator, I get to discover the most amazing people, story, places because the fans have the wisdom to tell me what I should know. And that is powerful.

Q. Why is hip-hop important to you?

DNA. Hip Hop was the creative rebellion of a generation of youth that demanded to be heard. We grew up riding the waves that were made by that generation.

LB. Neither of us knows how to stay quiet or know our place.

DNA. Because we "can’t stop, won’t stop" speaking our own truth. Hip Hop is democracy in action. It is truly the voice of the people. TED talks about "ideas worth spreading." Well, Hip Hop is an "idea" that has spread to every corner of the world. Where anyone has a mouth to speak, a heart to beat, or a wall to paint, Hip Hop is alive. Ironically, despite being the most influential musical form of the last 2 generations, there is no major global show highlighting the breadth and depth of Hip Hop culture. And so we decided to do the obvious—give the mic to the generation that knows best what to do with it.

Q. How do your experiences at Harvard affect the way you approach your work?

DNA. And that desire exists in places far from those Ivy-strewn walls.What we seek in our work is people who have the kind of passion and willingness to excel that we were fortunate enough to find on a daily basis at Harvard. But we choose to turn our focus to locations where people don’t usually look because, at the end of the day, excellence comes in more colors than "Crimson."

Q. Where do you hope to see Take Back the Mic go in the future?

LB. Global. We've recently brought on Tony Krantz as an Executive Producer. He was the head of Primetime at CAA where he personally packaged Twin Peaks, Beverly Hills 90210, ER, Felicity, The West Wing, then left to co-found Imagine Television with Brian Grazer and Ron Howard and he served there as CEO. He was also an Executive Producer on 24. So basically, we couldn't ask for a better partner to help us build this into an international franchise for broadcast.

Meanwhile, we've also partnered with Guy Primus and Robert Stromberg at The Virtual Reality Company, to incorporate an incredibly cool VR element to The World Cup of Hip Hop. Another partner is Moondog Productions, an awesome multi-platform production company out of New York that has helped take the second Season to a whole new level.

Q. amp.it is both a start-up and a media company. How do you balance entertainment and entrepreneurship?

DNA. I’m a musician and Lucia is an actress and writer. For us, entertainment has always been entrepreneurship. We've worked for ourselves since we left Harvard. And I’ve learned the hard way how to build a business. I think the beauty of what we're doing now is that we get to build this business with some of the brightest minds we know. And our business happens to be empowering people around the world to shine a spotlight on the greatest artists they know. And that is just so cool.