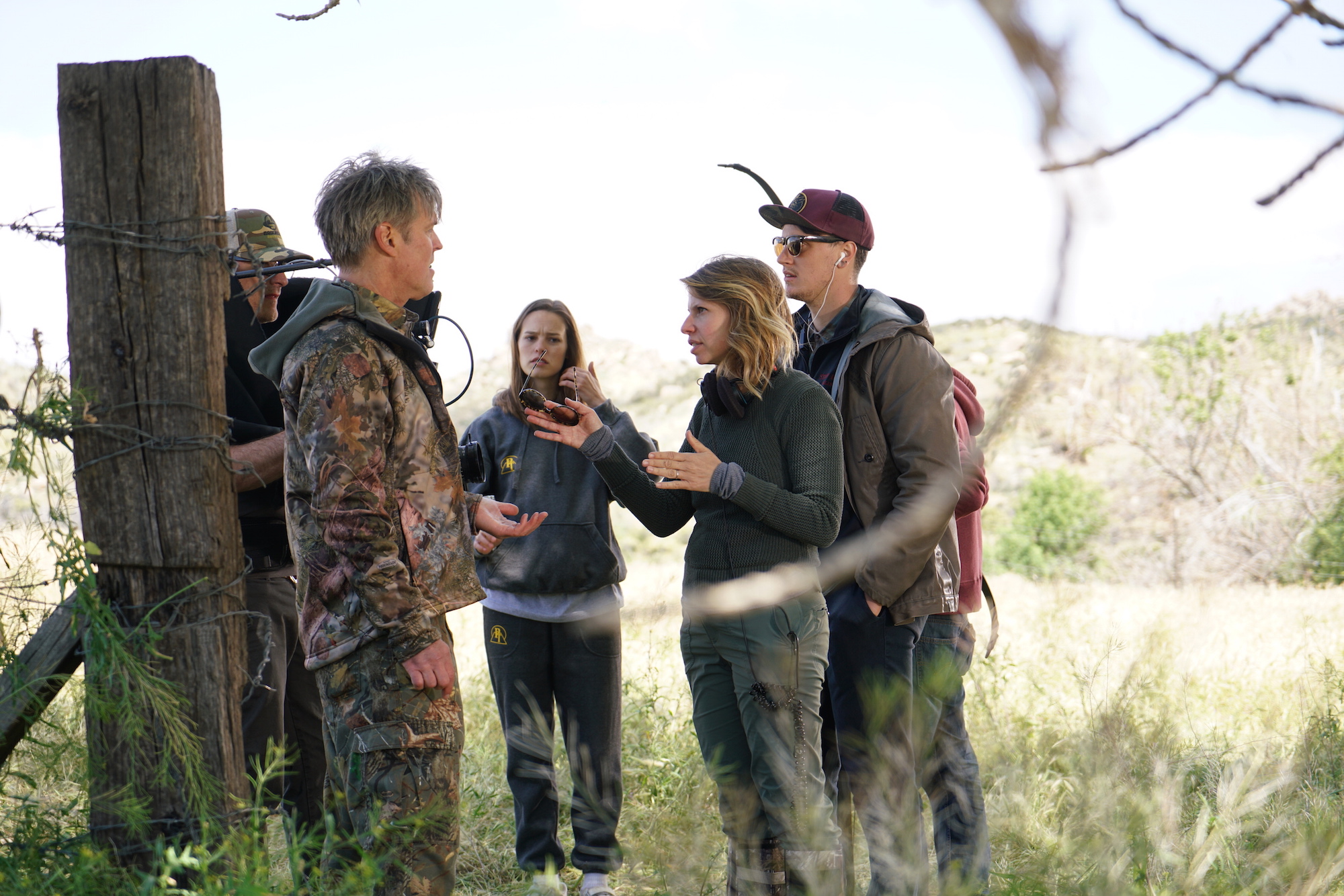 Q. Speaking of your daughters, how did they react when you got the Amazon assignment to direct An American Girl Story – Maryellen 1955: Extraordinary Christmas?

A. They thought I was the coolest mom! Amazon is making some of the best work out there and I was eager to see what they would do with the brand.  We had a really talented team and Amazon was great. Maryellen was a lively family film with themes that matter to me, like showing young people the importance of listening.

Q. How do you decide which film projects to pursue?

A. It’s the material regardless of the genre. The material’s themes and the problems the protagonists are dealing with need to resonate with me in a deep way. To make movies you sacrifice everything else—family, other projects— so something has to hook you and keep you excited.

I’m so proud of my third feature, The Archer, which premieres at the South by Southwest Film Festival (SXSW) in March. It’s a feminist coming-of-age action movie—Thelma and Louise meets First Blood. Growing up in the ‘80s we were told there’d be no gender issues impacting our careers in our futures which obviously still isn’t the case, so it’s important to me that my work has positive messages about strong women. My next assignment is directing an episode of Chicago Med, and I want to depict female and male characters who can inspire everyone.

Q. Your Masters in Medical Sciences degree may come in handy on a hospital show.

A. Yes, it’s fun to get to use that aspect of my education. Chicago Med is a fantastic show with smart writing and performances. It explores ethical issues and has high stakes and great emotion—it’s right in my wheelhouse.

TV is increasingly cinematic and so many of the best creators and actors are working there, though the number of women TV directors is still really low. The organization We For She (weforshe.org) is making a difference by pairing emerging female directors with established TV directors who’ll vouch for the newcomers’ ability to handle multi-million dollar budgets. My episode of Chicago Med airs on April 6th.

Unlike in film, in TV the look, pace and tone are already set. This frees you to focus on the meat of your job. working with actors on performances, staging and shooting.  I’m in the Fox Bridge Program and Paul Feig  (Bridesmaids, Freaks and Geeks) came to speak to us; he said he loved directing TV because you can play around in many different genres in a short period of time compared to the years a director can spend on a movie.

Q. Talk a bit more about the Fox Bridge Program.

A. A few people from AFI and Fox got together and said “too few women are directing action and sci fi franchises, what can we do about it?” Twenty-five alumnae of AFI’s Directing Workshop for Women were selected to pitch short film projects based on Fox properties. Fox will finance and produce one or more of the short films. Down the road, we’ll also be able to pitch feature films to Fox that aren’t related to the shorts.

So far we’ve met with top studio executives like the head of marketing and others who talked with us at length about pitching and what they’re looking for. Not only is it a chance to make an impression, we’re building incredible relationships for the future. All the women in the Lab are really talented so it’s a fantastic community to be part of.

Q. You’re off to an amazing 2017 between the Fox Bridge Program, prepping Chicago Med, and the launch of The Archer at SXSW. What else is ahead?

A. I’m happy to be busy with projects I love, but I want to direct studio movies with larger budgets. I want to direct more television—I just booked a Suits episode—and also episodic pilots, including one I co-wrote. I have a great manager and great agents and I see us as a team; it’s all about making each others’ jobs easier as we work toward our common goal.