Roshan Sethi MD ’13 is a writer and physician whose show The Resident, a medical drama about the darker side of modern medicine, will premiere on Fox in January. Roshan’s feature Call Jane recently attached Elizabeth Moss to star. After completing undergrad at Yale and medical school at Harvard, Roshan began a residency at Harvard in Radiation Oncology, all while balancing a burgeoning career as a writer. Here, we talk with him about his path, his process, and his experiences working with writing partner Hayley Schore. 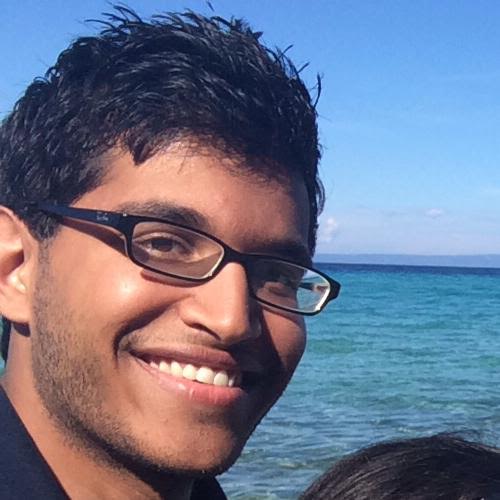 A. I started writing as a teenager. Mainly epic fantasy. That was my favorite genre. I read Game of Thrones way before it was fashionable.

Q. What drove you to attend medical school? Did you always know you wanted to be a physician?

A. I did. At a young age, I worked in my mother’s clinic as a receptionist. My twin brother and I sat at the front desk dressed in the same clothes, and led patients back to the examining rooms. I was always in awe of my mother, a general practitioner, who saw children and adults and could handle anything.

Q. Medical school and residency are notoriously grueling. How did you find balance between your schoolwork and your consulting/writing?

A. It remains very difficult as I’m still in residency. I’m grateful that my program leadership is very flexible. They allowed me a year out in 2015. I now use vacation time to travel for meetings. I was given a week off for the pilot of The Resident. I call in to the writer’s room for the show.

Q. You write with a partner, Hayley Schore. How were you two paired up? What's your writing process like? How do you divide different writing responsibilities?

A. We met each other on the ABC show Black Box. She was a staff writer. I was the medical consultant. We were connected by the show’s creator, Amy Holden Jones. Hayley really encouraged me to write. We eventually finished a pilot that got us an agent, Brandy Rivers. From there, we were staffed on Code Black. And we wrote a feature, Exposure, that got us other feature jobs. I remain really grateful to our agents, Niki Montazaran, Dan Norton, and Brandy Rivers, and our manager, Adam Kolbrenner.

Q. Your upcoming show, The Resident, has been described as doing for medical shows what The Shield did for police procedurals. How have your experiences helped you understand and dramatize the darker sides of the American medical system?

A. People forget that medicine is a business just like any other. Even in academic institutions, there are many perverse incentives. The show is meant to dramatize those.

Q. Your feature, Call Jane, tells the story of the "Jane Collective," an underground network of women that provided safe abortions prior to the Roe v. Wade decision in 1973. How did you learn about the "Jane Collective" and what made you decide to write about it?

A. It began with Simon Curtis, the director, who wanted to make a feature about abortion almost exactly two years ago. Hayley’s mother happened to know an original Jane. She became a consultant. We pieced it together from there.

Q. You are in the middle of a residency in Radiation Oncology. What attracted you to Oncology? Has working in oncology influenced your writing in any particular ways?

There is a fair bit of oncology in The Resident, but I’m not sure how else it has influenced my writing. All of my features and other TV projects are non-medical. I prefer to think of myself as a writer rather than a doctor who writes.

A. I am definitely going to practice medicine. I’ll write on the side.

Q. What's the biggest medical ethics dilemma we're facing today that has not been addressed by  film, television or the media?

A. I don’t know if this counts as medical ethics, but the opioid epidemic is fascinating to me. I’m not quite sure how to tell that story, however. It’s almost too sprawling.

Q. Any advice for other physicians who want to become writers?

A. I’m not sure I’m really in a position to give advice. But if pressed, I would just say the usual - if you want to write, write.