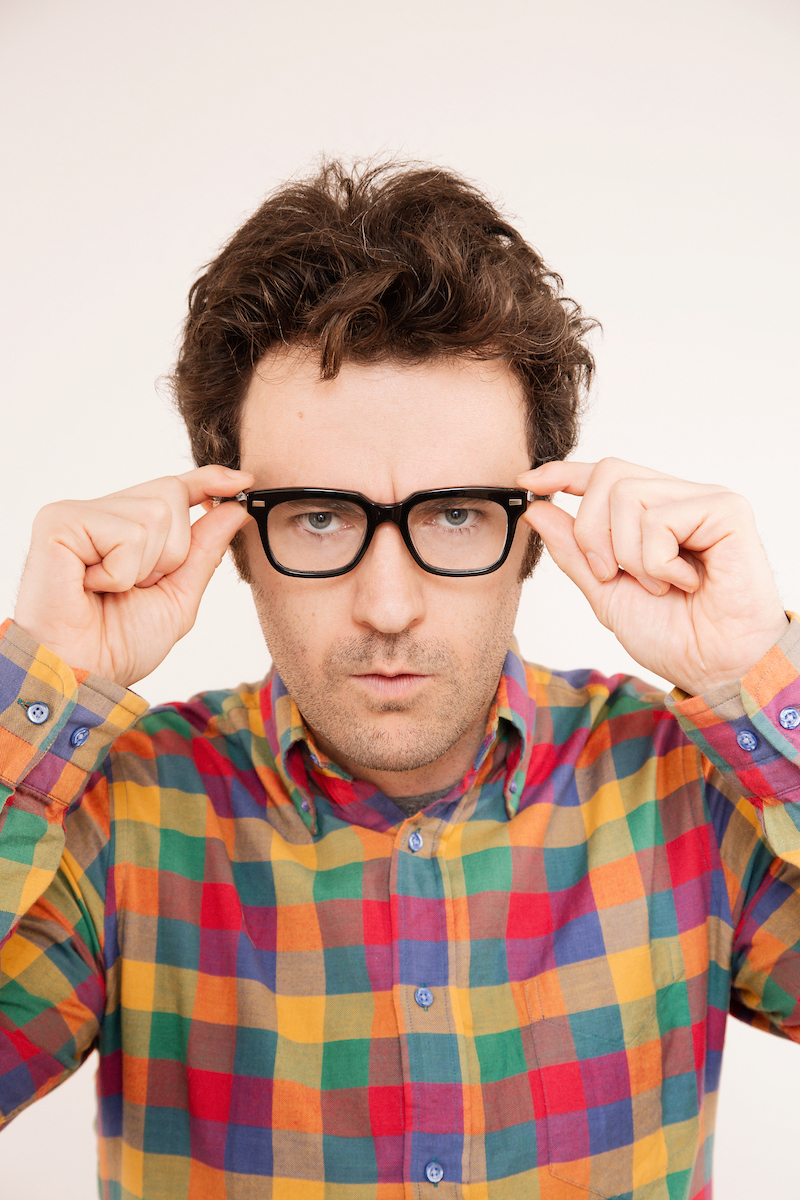 My first week at Harvard as a freshman, I happened to see a performance of the improv group the Immediate Gratification Players, and I loved it. They seemed like the coolest, funniest people, and (a) I wanted to be their friends and (b) to a lesser extent I wanted to learn how to do the improv comedy that they had done. Slowly over the next four years, it became my favorite extracurricular activity and I slowly started to think of myself as a comedian. By the end of college, rather than going to law school and becoming a politician, which had been the original plan, it dawned on me that maybe I should keep doing the thing that I loved doing more than anything else. So, I moved to NYC with the express purpose of finding a new improv comedy family and making that my next comedy home, which is what I found at the Upright Citizens Brigade Theatre.

Q. Your upcoming book, Not Quite a Genius, blends essays and short fiction. Is it difficult to switch between forms?

A. It's not necessarily difficult to switch between them, but they are completely different modes. When I sold the manuscript initially to Simon & Schuster (under the old title of In Case of Fire, Use Stairs) there were originally no personal essays. It was also just short fiction / comedic prose like you might find in the Daily Shouts section of the New Yorker. Then my editor at Simon & Schuster, Ben Loehnen, pushed me to add some personal essays to the mix. I loved the challenge of attempting to do this. I felt shy about it at first, because I think some of my favorite personal essay writers (David Sedaris, Augusten Burroughs, Joan Didion, David Foster Wallace, George Saunders) have led more interesting lives than I have, so I don't really feel like I have any business writing about myself and telling people that I'm interesting. So it was a challenge to find a balance of being confessional but not in a way that felt too navel gazing. I'm still working on it, of course. In the process I've had the chance to publish a few personal essays in Outside Magazine, New York Magazine, and Vice. I've also had the chance to have a few personal essays rejected from publication by Rolling Stone, The New York Times, and some other great rags.

Q. Which topics do you most enjoy writing about?

A. I love sci-fi and absurdity. Kurt Vonnegut and George Saunders are my two favorite writers, and I have to be careful that I'm not just straight up copying them when I merely mean to be emulating or channeling their greatness. I guess that is more genre than topic. In terms of topic, I like when I am "punching up" at some figure or organization that has more power than it deserves, and it is oblivious to its incompetence or ineptitude. "Authoritative but dumb" is a very fun mode to write in.

Q. There aren't too many comedy writers out there with a PhD in sociology. How has your academic background informed your sense of humor?

A. I should note that I'm currently ABD (all but dissertation) in my Columbia sociology PhD program, so I need to finish up that dissertation and push it across the finish line to actually get the degree. I've always loved school and learning. I think sociology is a great academic pursuit because it is project based. "This thing about social life puzzles me, so I'm going to study it for a few years until I feel like I've cracked it." I love that. I think that is great for comedy, because if you can immerse yourself in something and become an expert on it, you'll be better able to intelligently joke about it. I think the best sociologists (like Howard Becker) have great senses of humor, and I think the best comedians, especially of the observational variety, are also great sociologists. I wrote a piece for the American Sociological Association's Footnotes magazine comparing the two fields, and it's really been a joy to be able to pursue both for as long as I have.

Q. You've written fiction, essays, academic articles, sketches, and web series. You've performed improv, acted in television and film, and appeared on a reality show. Are there any other forms you've been itching to try?

A. I love new experiences and I feel grateful for each new medium I've gotten to try. I don't think there is anything I'd say no to. Perhaps that is the old improv "yes and" adage taking root in my psyche. My next goal is to write for television. I've done comedy for the last decade and have loved it, but a personal challenge would be to master story enough to be able to write for drama. So writing for a dramatic television show is a big ol' itch I'd love to scratch.

Q. What advice do you have for people who would like to work in comedy?

A. Enjoy the work and focus on the work. Focus on trying to be better rather than focus on trying to get a job. Steve Martin's Born Standing Up says to be so good that they can't help but hire you. I think that's good advice. Former artistic director of the UCB Theatre Anthony King said in a piece for Splitsider about what he learned from comedy that as a creator you should realize that you do not have an adversarial relationship with the gatekeepers; they WANT you to be good and to succeed! If you have an amazing manuscript / script / whatever, it makes their job that much easier to say yes. It's easy to get jaded and think that the "powers that be" have bad taste, but the truth is that 99% of the people who are in this business got into it because they are passionate people who want to help make cool things, and if you create a cool thing that you are passionate about, they are going to be that much more likely to want to want to work with you.

Be good to work with. Be nice. Be grateful. Help other people make the things they want to make. Give back. Be gracious. Be generous. Don't expect anything. You aren't owed anything. Have fun. Be kind.