D Day, the bloody Allied invasion of Europe that culminated in the defeat of Nazi Germany, was one of the moments of high drama in world history. But behind that drama, there was a second drama, every bit as suspenseful, playing out in the unseen world of espionage, with spies and double agents, secrets and deception. And nobody knows more about that hidden drama than Nigel West. 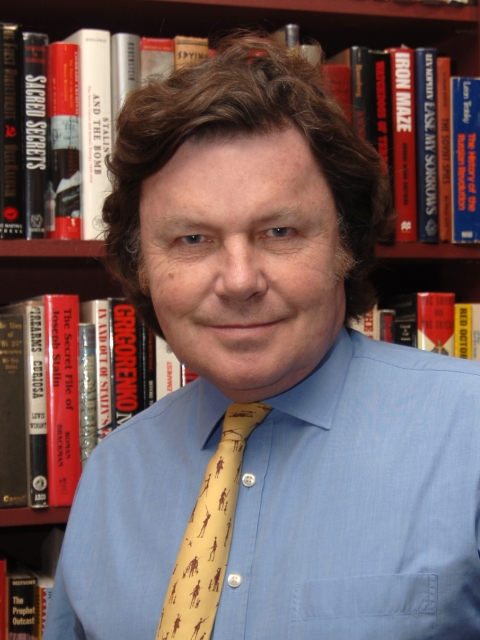 Nigel West was educated at a Roman Catholic monastery and London University. While an undergraduate, he did research for Ronald Seth and Richard Deacon, who wrote about spying and security, and this led to his own career as a writer on intelligence and espionage. Since 1981, he has averaged a book a year. The Sunday Times wrote, "His information is so precise that many people believe he is the unofficial historian of the secret services. West's sources are undoubtedly excellent. His books are peppered with deliberate clues to potential front-page stories." In 1989, a panel of other spy writers voted him "The Experts' Expert" in the Observer.

West has lectured at both the KGB headquarters in Dzerzhinsky Square and CIA headquarters in Langley, where he once lectured on counter-intelligence to an audience that included the Soviet spy Aldrich Ames. In 2003, Nigel West was awarded the US Association of Former Intelligence Officers' first Lifetime Literary Achievement Award.

This event will happen two weeks, to the day, before the 75th anniversary of D Day.

The doors will open at 7pm (please do not arrive earlier) and the evening will begin with a wine and cheese reception. The talk will begin promptly at 7:30 pm.

Advance registration is REQUIRED.  No tickets will be sold at the door.