The Harvard Gender and Sexuality Caucus is proud to partner with Harvardwood and the production team of the forthcoming documentary CURED to offer the Harvard community an exclusive preview screening opportunity and live private discussion with co-director Bennett Singer AB '86 (a longtime member of HGSC and Harvardwood) and two subjects featured in the film.

CURED tells the story of the activists who persuaded the American Psychiatric Association to remove homosexuality from its manual of mental illnesses in 1973. Described as "fascinating" (Hollywood Reporter), "striking" (USA Today), and "probably the best LGBTQ documentary of the year" (Bay Area Reporter), CURED is slated for national broadcast on PBS' Independent Lens series in the fall of 2021. The film recently won the Audience Awards for Best Documentary at Frameline (the world's oldest and largest LGBTQ film event), NewFest, and other festivals. CURED is the recipient of a $50,000 award in the 2020 Library of Congress Lavine/Ken Burns Prize for Film, which recognizes excellence in historical documentaries, and was recently optioned as the basis for a scripted series on FX, to be created by Steven Canals (co-creator of Pose). A trailer and more info can be found at www.cureddocumentary.com 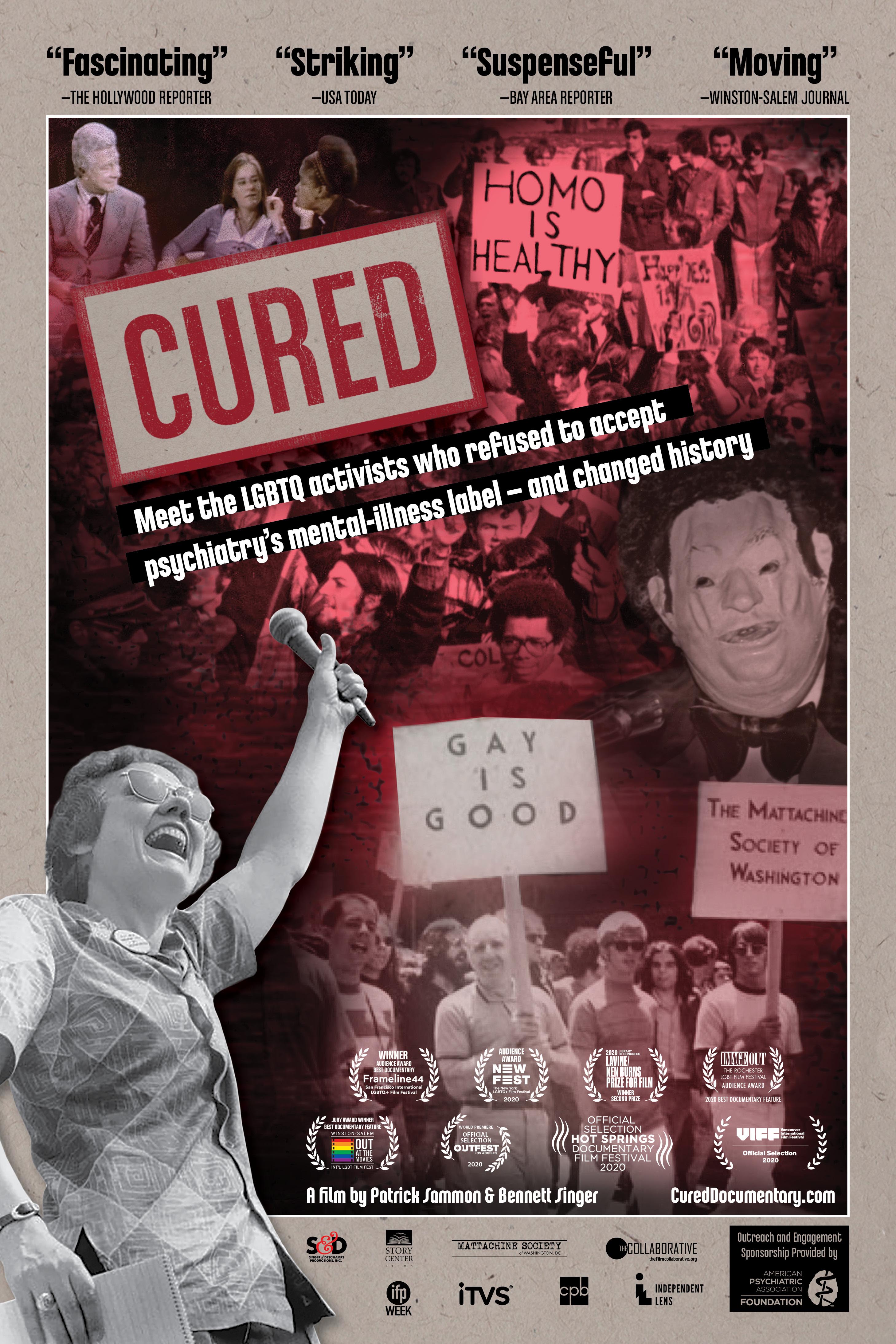