From roots as a nickelodeon attraction to emergence as a multi-million dollar business, the entertainment industry has always faced challenges of censorship. The wild west of the world wide web is threatened by regulations that divide the globe and silence unsavory communications.

In the U.S., laws and court decisions have influenced what movies could be made and what state regulators had the power to censor. Before 1952 motion pictures lay outside the First Amendment so regional censors had the authority to cut, edit, and ban films. After film became recognized as speech, the discussion shifted to obscenity—you might know it when you see it, but how do you define it? Filthy films, dirty words on broadcast outlets and the far-reaching power of the Internet present new challenges to the law. 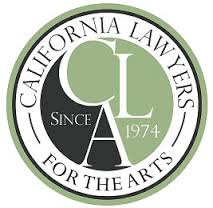 Jeremy Geltzer is an attorney, producer, film historian, and author, who has written on legal issues and motion picture history. He has practiced in house as an attorney at major motion picture studios in various divisions including music at Paramount Pictures, intellectual property at Warner Bros., and production and home video/digital distribution at Lions Gate, and ABC/Disney. In his independent practice he represents documentary filmmakers, screenwriters, authors, photographers, musicians, and app producers.

In January 2016, the University of Texas Press published Dirty Words & Filthy Pictures: Film and the First Amendment. Dirty Words details the history of state censorship of motion pictures in America from the striptease loops and boxing films of the late 19th century to Garcia v. Google in 2015. The book’s foreward was authored the Chief Judge of the 9th Circuit Court of Appeals, Alex Kozinski.

Prior to his work as an attorney, Geltzer wrote and produced documentary features for Turner Classic Movies, where he interviewed classic Hollywood personalities including Robert Mitchum, Charlton Heston, Tony Curtis, and Jane Russell. He earned a Juris Doctorate at Southwestern University, and Masters in Cinema Studies at Emory University, writing his thesis on the German films of Fritz Lang. Geltzer earned his Bachelors at Northwestern University School of Communications. He has taught First Amendment and censorship at UCLA, Film History and Theory at Georgia State University, and frequently lectured on issues of copyright and fair use.