Harvardwood Presents: Casting in 2020 & Beyond: A Panel

Harvardwood is proud to present Casting in 2020 & Beyond: A Panel for our members and affiliates in the acting world, or with interests thereof! This amazing group of panelists will speak about their experiences pre-and-post pandemic, where the industry is heading, and answer questions! 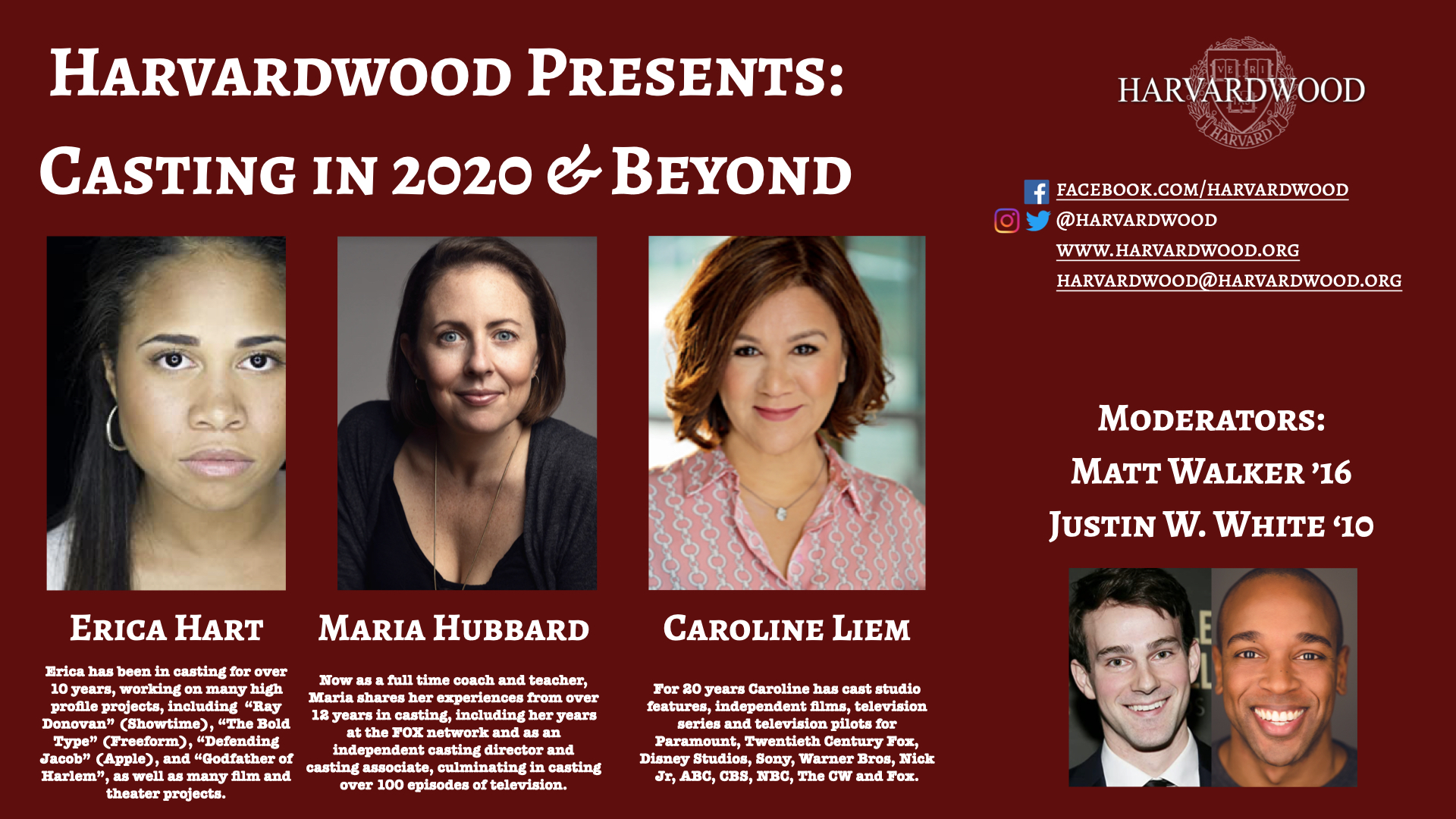 Erica Hart - Erica has been in casting for over 10 years, working on many high profile projects, including  “Ray Donovan” (Showtime), “The Bold Type” (Freeform), “Defending Jacob” (Apple), and “Godfather of Harlem”, as well as many film and theater projects.

Maria Hubbard - Now as a full time coach and teacher, Maria shares her experiences from over 12 years in casting, including her years at the FOX network and as an independent casting director and casting associate, culminating in casting over 100 episodes of television.

Henry Russell Bergstein is a bi-coastal Emmy-nominated casting director turned casting executive. He has worked in the theater on and off-Broadway on new plays and musicals at theater company's including New York's Vineyard Theatre, Ars Nova, and The Play Company, and in television and film on networks and streaming platforms including HBO, CBS All Access, Netflix and Hulu.

The Event will me moderated by Harvardwood Director of Programs Justin W. White AB '10 and member Matt Walker AB '16, both experienced actors!

We can't wait to see you there!