Writing doesn't have to be a totally solo exercise. Writers thrive in supportive communities, learning from one another's experiences and successes. Harvardwood is fortunate to be joined by Los Angeles Times bestselling author Elizabeth Little AB '03 for this exclusive talk. She will share about her writing process, how she's gotten her thrillers published, and where she finds inspiration for future works! Don't miss this event with Little, and purchase her latest work, Pretty as a Picture, to read in advance of the event! 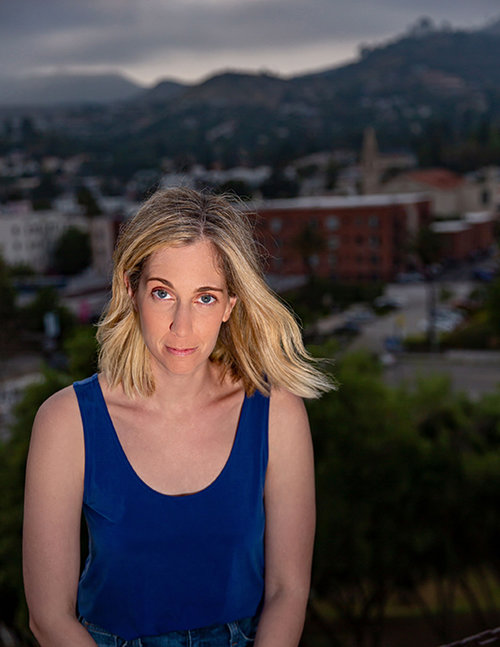 Elizabeth Little is the Los Angeles Times–bestselling author of Dear Daughter, Pretty as a Picture, and two works of nonfiction, Biting the Wax Tadpole: Confessions of a Language Fanatic and Trip of the Tongue: Cross-Country Travels in Search of America's Languages. Her writing has also appeared in the New York Times, McSweeney’s, and the Los Angeles Review of Books, among other publications.

Elizabeth lives in Los Angeles with her family.

An egomaniacal movie director, an isolated island, and a decades-old murder—the addictive new novel from the bestselling author of Dear Daughter.

“A twisty story, a cinephile’s delight, a knockout of a heroine. I loved it.” –Laura Lippman

“A fun and fact-paced thriller loaded with cinematic flourishes.” –Kirkus

Marissa Dahl, a shy but successful film editor, travels to a small island off the coast of Delaware to work with the legendary–and legendarily demanding–director Tony Rees on a feature film with a familiar logline.

It’s not much to go on, but the specifics don’t concern Marissa. Whatever the script is, her job is the same. She’ll spend her days in the editing room, doing what she does best: turning pictures into stories.

But she soon discovers that on this set, nothing is as it’s supposed to be–or as it seems. There are rumors of accidents and indiscretions, of burgeoning scandals and perilous schemes. Half the crew has been fired. The other half wants to quit. Even the actors have figured out something is wrong. And no one seems to know what happened to the editor she was hired to replace.

Then she meets the intrepid and incorrigible teenage girls who are determined to solve the real-life murder that is the movie’s central subject, and before long, Marissa is drawn into the investigation herself.

The only problem is, the killer may still be on the loose. And he might not be finished.

A wickedly funny exploration of our cultural addiction to tales of murder and mayhem and a thrilling, behind-the-scenes whodunit, Pretty as a Picture is a captivating page-turner from one of the most distinctive voices in crime fiction.