Join Harvard College's Office for the Arts for a conversation with Jocelyn Bioh, performer and playwright who adapted Merry Wives of Windsor for Shakespeare in the Park in New York City. This Office for the Arts event is in partnership with Harvard BlackCAST and the 2021 Black Playwright's Festival.

Jocelyn Bioh is an award winning Ghanaian-American writer/performer from New York City. Her written works for theatre include: Merry Wives adapted from Shakespeare's Merry Wives of Windsor (The Public Theater/Shakespeare in the Park) Nollywood Dreams (MCC Theater), Goddess the musical which will have its world premiere at Berkeley Rep in 2022 and the multi award winning School Girls; Or The African Mean Girls Play which was originally produced at MCC Theater in 2017/2018 and has gone on to have over 20 regional productions. She is a former TOW playwriting fellow (2017) and has been commissioned by MTC, Atlantic Theater Co., Williamstown Theatre Festival and Second Stage. Bioh has also written for TV on Russian Doll, Spike Lee's She's Gotta Have It and is also writing the live screen adaptation of the hit Broadway musical Once On This Island for Disney+. 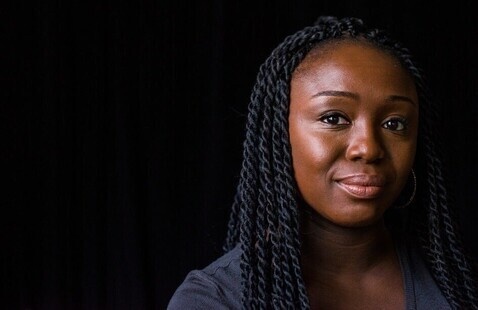