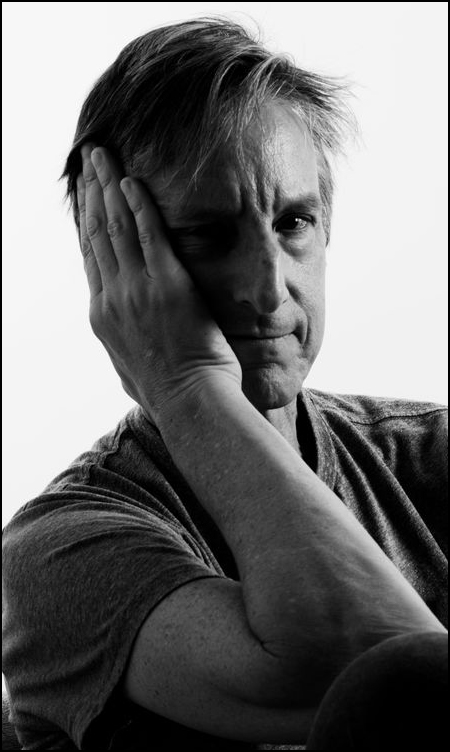 In 2018, Andy Borowitz swept the nation with his comedy tour called “Make America Not Embarrassing Again,” a 90-minute stand-up show about how we ended up with Donald Trump as President. “Sarah Palin,” says Andy, “was the gateway idiot who led to Trump.” So, in 2021, mid-pandemic isolation, Andy decided to further analyze the historical significance of our ignorant politicians. “I ordered a lot of history books and started steeping myself in the political history of the last 50 years,” Andy recalls. And that’s where the idea for Profiles in Ignorance: How America’s Politicians Got Dumb and Dumber was born.

It quickly became apparent to Andy that everything began with Ronald Reagan’s victory in the 1966 California gubernatorial election. Essentially, Andy explains, “What the ‘60s started teaching political parties was they had to have candidates who were good on TV. Reagan’s campaign managers hired UCLA psychologists to pour facts into him so that it would seem like he knew enough.” It was a slippery slope from there.

This experiment was such a success that Reagan beat the incumbent Governor Pat Brown by one million votes. We descended from Reagan to Dan Quayle to George W. Bush to Palin to Trump. “In the 1960s it was important for a politician to appear to know things,” Andy argues. “But now it’s the opposite, because we’re scared of knowledge in this country.”

Profiles in Ignorance is “very, very different from anything I’ve ever written before because The Borowitz Report is completely made-up, and Profiles is 100% true, nothing is made up, unfortunately,” Andy states. In writing this book, Andy hopes that “it motivates people to get to work and help elect well-informed candidates.”

Even though it's all true, it's hard not to think of Profiles in Ignorance as the next phase of Andy's career as a political satirist. Andy created The Borowitz Report in 2001, and the satirical news column now has millions of readers around the world. His two most recent books were both best-sellers: The 50 Funniest American Writers and An Unexpected Twist, which Amazon named the Best Kindle Single of 2012.

Profiles in Ignorance is divided into “The Three Stages of Ignorance”: Ridicule, Acceptance, and Celebration.

“When I wrote this, I had a general sense, as a sentient human, that our politicians now were of a very low caliber,” Andy explains. “In the course of my investigation, those three stages emerged. First, the Ridicule stage, when it was still important for politicians to seem knowledgeable.” This was the era of Reagan, but also of Dan Quayle, who, like Reagan, knew very little but lacked Reagan’s ability to hide it. Then came the second stage: Acceptance. “George W. Bush started out like Quayle, knowing virtually nothing about foreign affairs,” Andy states. “But he turned his ignorance into an advantage: He’s just like an average American! Who would you rather have a beer with?” That brings us into the third stage: Celebration. In this era of politics, Andy says, the prevailing view is, “Knowledgeable people are elitist, and they are scheming against you, and they don’t understand you. Consequently, politicians with Ivy League degrees are now pretending to be idiots, saying things they clearly know better than to say because ignorance has become the coin of the realm.”

What was the biggest challenge for Andy in writing this historical book? “I had to come up with a topic that would hold my interest for a year,” Andy laughs. The Borowitz Report is much more ephemeral. “It’s like writing a haiku, you don’t have to focus on it for very long,” confesses Andy. “Of course, everything we do is ultimately disposable, every book, every play, everything, but this [book] was going to be in my life for a lot longer than a column. There was time to ruminate on it and refine things.” Overall, though, Andy says that “the creative process was tremendously enjoyable. There’s an advantage to breaking the mold of what you do a little bit.”

Taking a step back to look at the bigger picture, Andy hopes that his platform “can be useful to advance the common good. I never want to take myself seriously -- I’m a jokester, I’m always going to be a clown -- but I can leverage my platform to advance causes I believe in.” This book combines satire with political activism. “That’s the power of comedy,” Andy explains. “You develop an intimate relationship with your audience … and that’s helped me raise money for organizations I’m passionate about like Planned Parenthood and the International Rescue Committee.” Andy’s advice for people looking to be politically active? “Start locally. What are the problems with your community, what are the problems with your town?”

Over the past few years, the news cycle has gotten more and more outrageous. “Governmental malfeasance is a really good target for satire,” Andy confirms. “As our government was screwing up, that created more things to write about and more worthy targets. For me, writing jokes about the stuff is in and of itself really cathartic.” However, Andy specifies that for him, it’s important to be aware of who he’s targeting with his jokes. “I never make fun of victims. I try to identify who is the villain in the story, and go after them,” he explains. “It’s a way of channeling those negative emotions into something positive and maybe even entertaining.”

After such a long and tremendously successful career, Andy certainly gained wisdom along the way. And he shares his best nugget: “Say yes. Don’t be afraid to say yes to things that are out of your immediate wheelhouse.” Additionally, he states, “One of the most important things anyone can possess is the acknowledgement of what we don’t know. Creatively, that’s important. Really try to embrace your intellectual humility, and that’s how you’re going to learn things. Surround yourself with people who know more than you do and mine their knowledge.”

Andy’s book Profiles in Ignorance will be released on September 13. He is appearing in conversation with Congressman Adam Schiff in Santa Monica, CA, on Friday, Sept 16. Click here for more information.