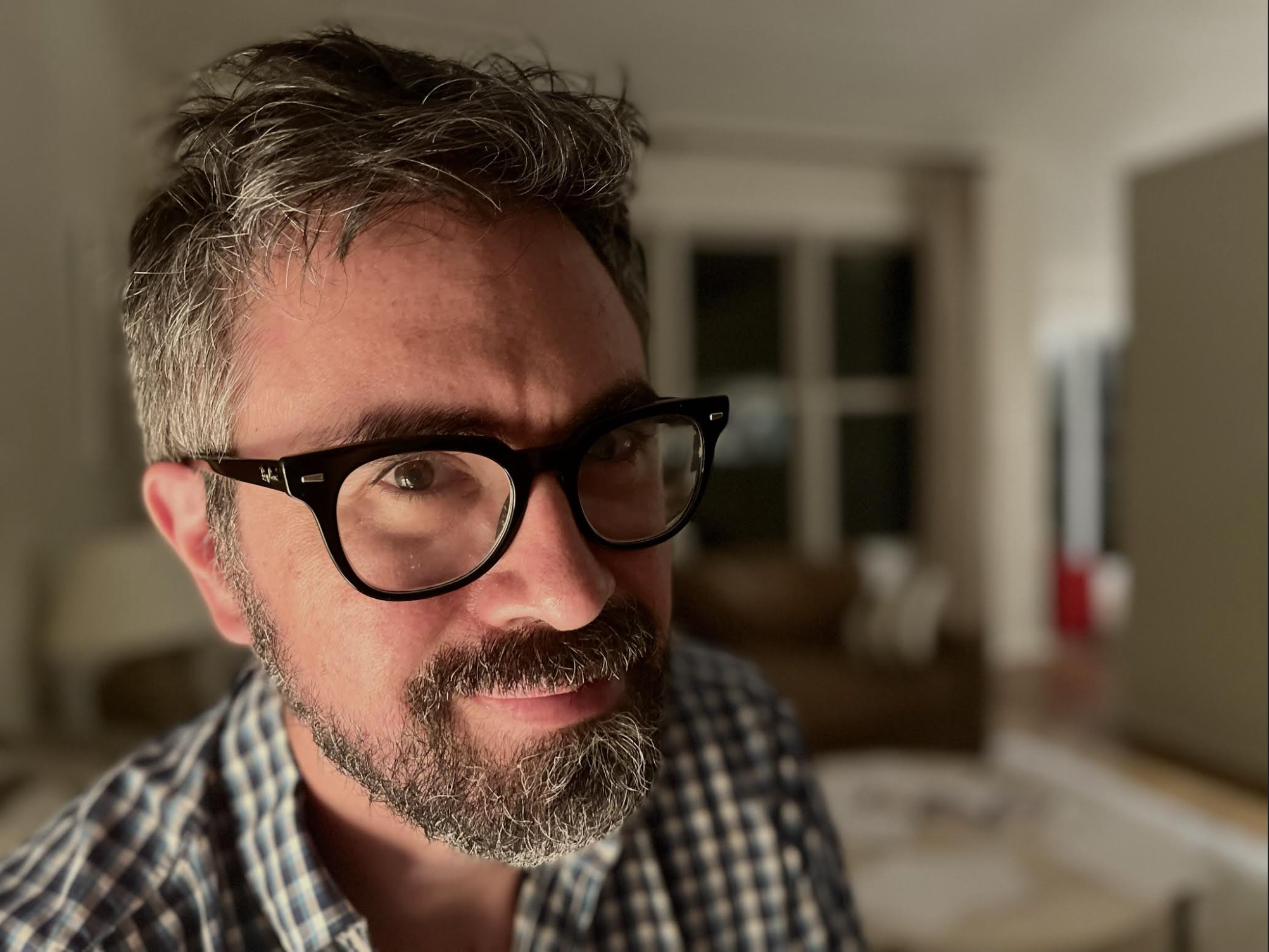 Andrew Bujalski AB '98's first feature film, Funny Ha Ha, was called one of the most influential films of the '00s by New York Times critic A.O. Scott. He has also written and directed the films Mutual Appreciation, Beeswax, Computer Chess, Results, and Support The Girls which have played festivals worldwide including Sundance and Berlin, as well as the 2014 Whitney Biennial. The Boston Globe describes him as "unerringly polite and somewhat disheveled." He types 89 wpm.

Q: Congratulations on There, There's upcoming release! There, There was shot completely over quarantine, and the actors were never in the same room as one another. How did this affect your process as writer and director?

Well, it's an exceedingly perverse way of working--of course it affected everything. But it also seemed like a unique and special opportunity to make a movie about trust, and about faith. As "bubble" conditions became the norm in moviemaking--and indeed most professional production has always operated on "bubble" principles anyway--I figured we might as well push this thing to the max, lock everything all the way down, and see what connections we could still forge in limbo space. So I wrote with this all in mind. The movie essentially takes place in limbo.

The performers were set up in whatever city they were in, with a micro-crew between 2 and 4 folks, and minimal equipment that fit in one Pelican case, ready to be shipped to the next location. Myself, the d.p., producers, and others were all on Zoom. Despite best efforts we had imperfect monitoring of picture and sound...and all our communication had to be through the one Zoom channel--so if my d.p. was talking to the operator, I had to wait to talk to the actor. All quite cumbersome, but oddly not unpleasant to feel so united in our bafflement. And what immediately became clear to me was that all the insecurities and uncertainties that I was experiencing were entirely familiar. The fact is, even on a more conventional shoot, sitting at a state-of-the-art monitor with great headphones, I'm experiencing the same fear that I'm not processing the information quickly or sagely enough...So actually it was surprisingly normal for me.

Q: A quarantine movie was fairly ambitious. What was the inspiration for There, There, and what were the unforeseen challenges (aside from the obvious)? Do you feel this movie is quite different in any other ways from the films in your repertoire?

Undoubtedly, it was the bizarre situation we all found ourselves in in March 2020 that sent me down this path, but it's an experiment that would have appealed to me at any time, and really could have been done at any point in the last hundred years if anyone had been nutty enough to try it. To me it goes to the heart of the cinematic magic trick. Every edit is a kind of lie-in-service-of-a-truth. So it was exciting to think of pushing that in a way I'd never seen it pushed before.

Formally, visually, structurally, I'm on alien terrain with this project. But from a story perspective, I suppose I'm in my wheelhouse. Everything I've ever done has been about people trying to connect--succeeding, failing, and sometimes not knowing the difference. As always it all comes down to the performances, here from a crazy talented cast including Jason Schwartzman, Lili Taylor, and Harvard's own Jon Natchez ('99)! 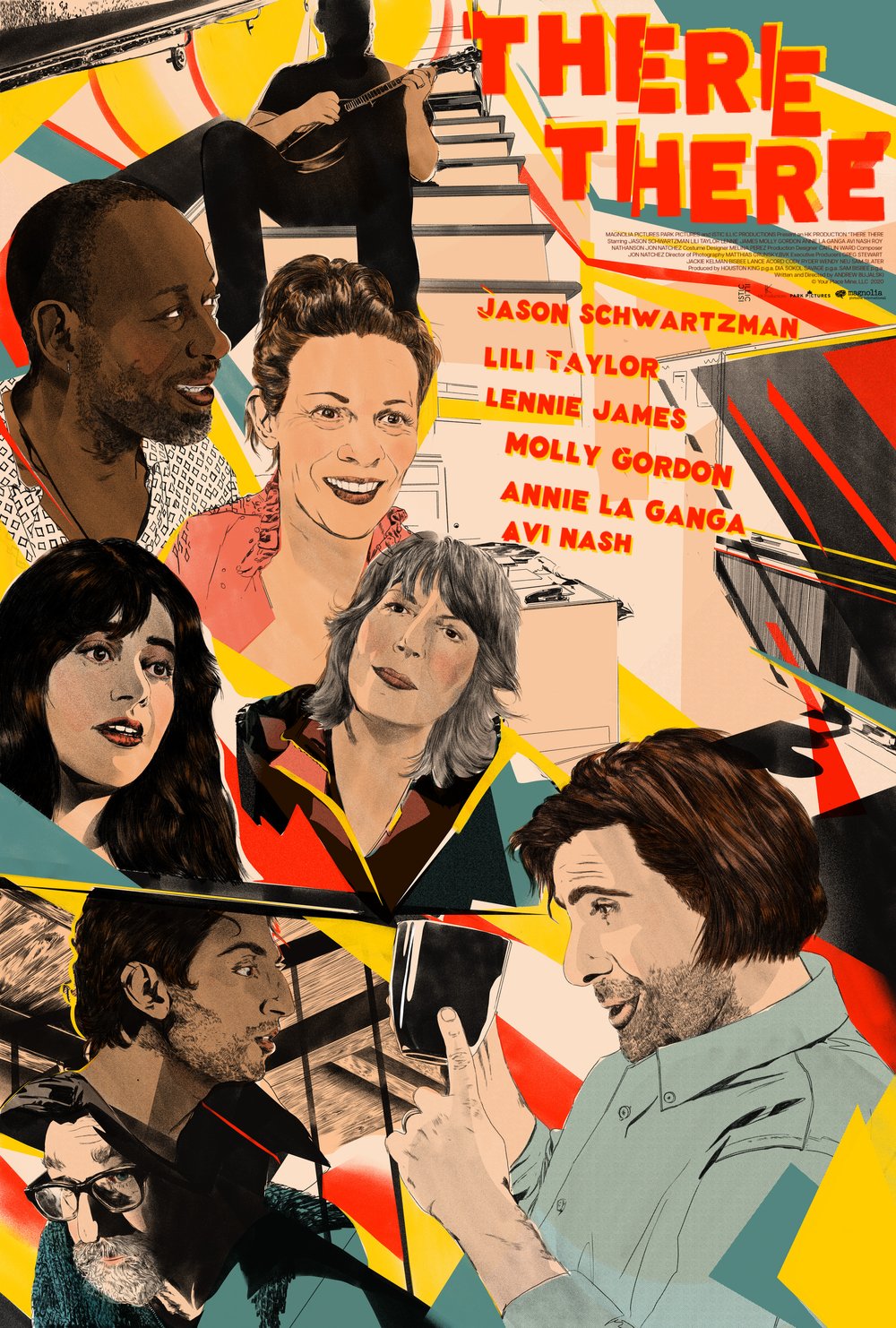 Q: Do you feel that what you’ve done with this movie has sort of paved the way for a new type of filmmaking, or do you think we’ll continue to see movies made in this experimental, quarantine style?

Oddly enough I think the actors were all pretty accustomed to the kind of isolated performance they had to do here. Self-taping auditions at home is now the norm for working actors. And many have worked in the green screen world where their scene partners are tennis balls on C-stands. So in some sense we were just making a green screen movie without the green screen. But as for the particulars of our approach...I'd love to see someone else's take on it, of course, but no, I don't expect to set a trend here. Too weird!

Q: You’ve previously been dubbed “the godfather of mumblecore”. How do you feel about this title? What do you think it means? And how do you think mumblecore as its own style or genre has influenced the evolution of the film industry?

It's been fascinating to witness the lifespan of that word--my sound mixer Eric Masunaga said it as a joke to me in 2005, I made the error of repeating it to a journalist, and now it seems to have a reach much farther than any of my actual movies ever had. So I've kind of gleaned a definition for it just from context over time, but it took a while for me to get past the alienation of seeing it applied to my work as if it were an aesthetic style or anything anyone had consciously set out to create. Mostly I think it's just a kind of generational catch-all. Nirvana and Pearl Jam never sounded much alike to me but they were both "grunge" because they steered away from the mainstream pop that preceded them and wore flannel shirts. (I also like flannel shirts.)

Q: You’ve been credited as a writer, director, and editor for most of your projects, as well as appearing as an actor. Do you have a favorite, between the four? Why or why not?

It's all torment. At best, divine torment. At worst, just regular torment. Of course it's most gratifying when I get to see a project through from the first kernel of an idea to the final sound and picture tweaks. At that point I've also collected energy from dozens if not hundreds of brilliant collaborators along the way, and I never tire of enjoying their great work.

Q: Do you feel that your work has thematic elements, or messages, that you’ve consistently tried to either consciously or subconsciously incorporate?

Of course! I've tried running in many different directions but as Buckaroo Banzai said, "No matter where you go, there you are."

Q: Which film have you made that you’re most proud of? And which project taught you the most?

Irrational as it may be, I love them all.

Q: In what ways did your time at Harvard influence the path you have taken since graduating?

Oh enormously. I was a VES kid and delightedly drank all the Kool-Aid the program had to offer. The hardest part of filmmaking, so often, is just seeing what's in front of your face (or camera) and knowing how to respond to it, so the strong verité documentary backbone there seemed great preparation for really any kind of filmmaking. VES trained me not to fear reality, which tends to seep into your frame no matter how much you bulwark against it.

Q: What’s one film you think everyone should see in their life?

Another impossible question! If you find one that moves your soul, you've done well.

Feeling guilty that I'm not working.