Harvardwood Presents David A. Andelman AB '66 on "An Impossible Dream"

It almost happened. Nobody knew it at the time, but recently unsealed archives and newly declassified documents show that Ronald Reagan and Mikhael Gorbachev, at their Reykjavik summit in 1986, almost reached an agreement to abolish nuclear weapons. In his new book, An Impossible Dream: Reagan, Gorbachev, and a World Without the Bomb, French journalist and historian Guillaume Serina reveals for the first time how close they came and why they failed. Beyond that, he discusses what they did accomplish, how they made the world a safer place, and how these gains are now threatened by today's social, political, and technological developments. 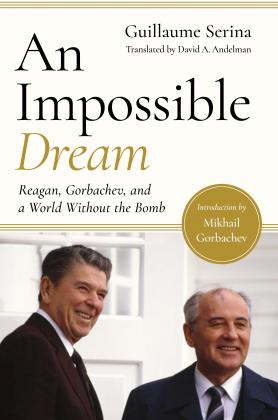 Veteran journalist David A. Andelman AB '66, who translated Serina's book from French to English and added his own new Afterword (the book's Introduction is by Mikhael Gorbachev), will discuss the 1986 Reykjavik summit and its significance for now and for the future. Andelman was CBS News's Paris Correspondent at the time of the Reykjavik conference and helped produce CBS's coverage.

One of our most distinguished journalists, Andelman was a correspondent for the New York Times in New York, in Washington, as Southeast Asia bureau chief in Bangkok, and as East European bureau chief in Belgrade. He was the Paris correspondent for CBS News for 7 years in the Dan Rather era. He has been a Washington correspondent for CNBC, news editor of Bloomberg News, Business Editor of the New York Daily News, and Executive Editor of Forbes. For seven years, Andelman was Editor & Publisher of World Policy Journal. He has traveled in and reported from 86 countries. In 2017, he received the New York Press Club award for Best Political Commentary for his USA Today columns. In 2018, he received the Deadline Club Award for Best Opinion Writing for his CNN commentaries. This year, he received the same award a second time, this time for his Reuters International columns. Andelman is currently Executive Director of the Red Lines Project and is a "Voices" columnist for CNNOpinion. 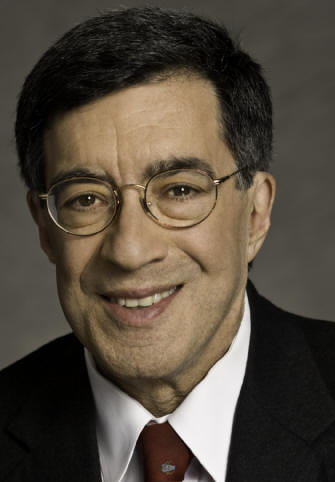 Andelman is the author of three books, most recently A Shattered Peace: Versailles 1919 and the Price We Pay Today. He has written for Harpers, The Atlantic, The New York Times Magazine, Foreign Policy, and Foreign Affairs.

The doors will open at 6:30 pm and the evening will begin with a wine and cheese reception. The talk will begin promptly at 7:00 pm.  Both An Impossible Dream and Andelman's A Shattered Peace will be available for purchase and a booksigning will follow the talk.

Advance registration is REQUIRED.  No tickets will be sold at the door.  If you're bringing guests, please email us the names of your guests (for Building Security) at [email protected]

Special thanks to Haynes and Boone, LLP
and to Andy Goodwin and the Plymouth Hill Foundation