Harvardwood Presents: A Conversation with Below the Line Agent Alex Franklin

Join Harvardwood for a conversation with Alex Franklin, head of the Below the Line department of Zero Gravity Management!

Alex Franklin was a Studio Executive for several years, starting at New Line Cinema with executive stints at Artisan Entertainment, Lionsgate Films and Dimension Films. In his studio development years he focused primarily on genre films and comic book adaptations, working on the Saw and Halloween franchises as well as working with Kevin Feige and Marvel Studios on an adaptation of The Punisher starring Tom Jane and John Travolta. His last film as a Studio Executive was Youth In Revolt starring Michael Cera. He then shifted into representation, first overseeing the below the line department at Partos Company for several years before moving over to Zero Gravity.

Mr. Franklin is also lecturer at the UCLA Department of Film, Television and Digital Media where he teaches graduate-level courses about the development and production of feature films and television projects. He also teaches several courses for the UCLA Summer Institute, for the Undergraduate Honors Collegium and the Department of Global Studies at the UCLA International Institute. His courses include “Hollywood and Cultural Diversity in America,” “Hollywood and Global Responsibility” and “Hollywood and America’s Global Image.” In these classes, students explore Hollywood’s portrayals and representations of different countries, races and groups, and their impact on our culture. In 2018, Franklin was awarded the Eugen Weber Honors Program Distinguished Teaching Award for his work with the Honors Program at UCLA. 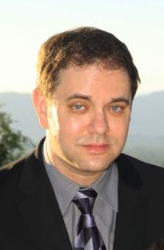