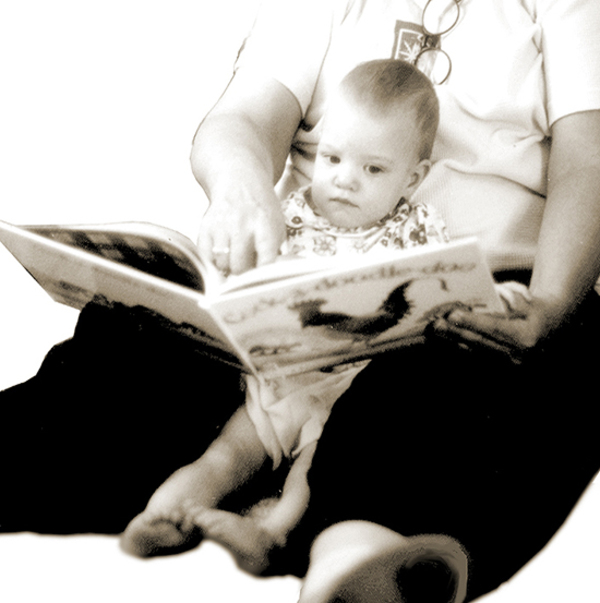 The U.S. Reading Team Foundation is launching a program to build national awareness and begin the critical changes now possible both to improve early human cognitive development and to help end inter-generational American poverty. Recent research has discovered that human intelligence is not fixed at birth, but can be dramatically strengthened. We now know it's actually possible to program a smarter, more cognitively functional generation of children, what we call post-Homo Sapiens. Just as with CRISPR we can now change and fix our own DNA like no animal before us, we can also strongly improve our cognitive wiring in the 12-36 month period of our developing brains. No need to mess with our DNA, or actually create GMO humans – although that, too, is probably coming – just wire our speech development to a much higher level of complexity while the wiring is easy.

The opportunity was first recognized as an inversion of focus on the results of a major longitudinal study by educational researchers Hart and Risley [The Early Catastrophe: The 30 Million Word Gap by Age 3, In: American Educator, Spring, 2003]. While the Hart Risley study focus was on cognitive underdevelopment among impoverished children, the inversion or larger possibility revealed by the same research was the opportunity to optimize cognitive development – by lifting early cognitive wiring to the highest level – for all children. It might seem counter-intuitive but it was soon recognized that the best, most versatile scaffold to support this new high-development cognitive objective – with the in-home parent spending more time talking to the baby and the toddler listening and seeing and learning – was the classic on-paper, page-turning book. For that, a unique language-based learning program for toddlers has been developed using standard, non-electronic on-paper books, with which parents can teach toddlers both to speak and to read at the same time. Compared to any other program that might be developed, Read At Two promises to be relatively inexpensive. Our objective now is to put the program into the hands of as many parents we can find who will help us in a larger research project to confirm what works and what might work better for every child. Parents can now purchase the program for their own children or make a tax-deductible contribution to the U.S. Reading Team Foundation to help us put the program in the hands of others. Until March 30 we are offering the Read At Two program preview on the stage of Kickstarter. For a greater understanding of the program this Kickstarter beta project may be viewed at: https://www.kickstarter.com/projects/777266643/teach-your...

Or, to learn more, any parent who might wish to participate could simply google - search Read At Two Kickstarter. But we're not looking for contributions here. Rather, we're looking for interested partners – daycare centers, libraries, universities and school districts – anyone who might like to work with us in this very unique project. If that includes you, or you have questions, please write to me at [email protected],foundation.org Join us.